What Bari Weiss misunderstands about America and the Jews 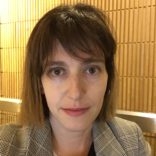 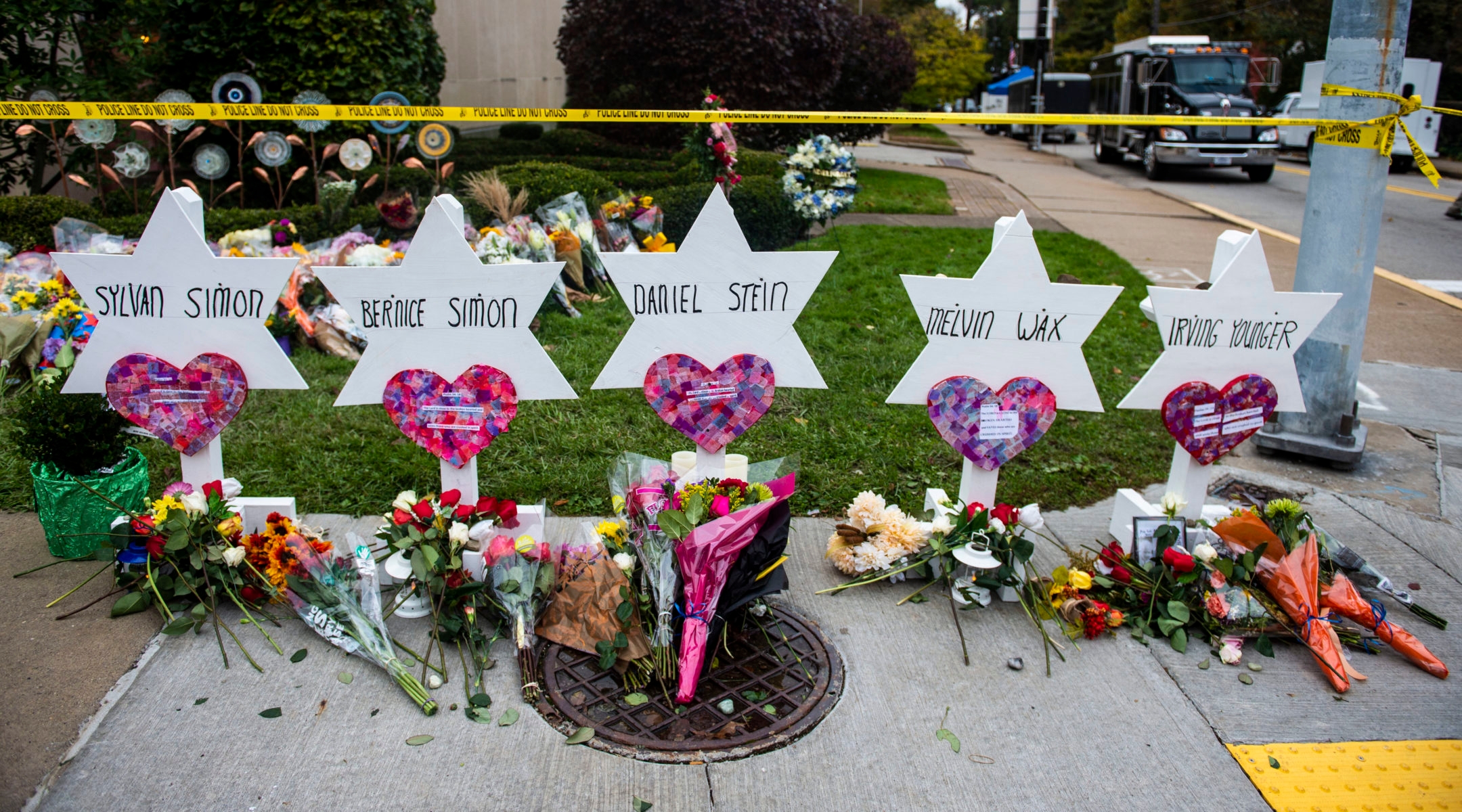 A memorial for victims of the attack on the Tree of Life synagogue in Pittsburgh, October 2018. (Matthew Hatcher/SOPA Images/LightRocket via Getty Images)
Advertisement

Right-wing anti-Semitism is, Weiss grants, the more in-your-face threat to American Jews, extending from the “alt-right” all the way up to the Trump presidency, which in her view (and mine) has brought once-fringe views into the mainstream.

The left poses a danger less due to overt anti-Semitism than from its refusal to take anti-Semitism seriously on account of Jews’ (presumed) privilege, and its wishy-washy response to radical Islam. (Weiss makes the point – laughed at on progressive Twitter, perhaps, but valid all the same – that “the vast majority of Jews in the world identify as Zionists,” so anyone who’s fine with Jews as long as they’re anti-Zionist Jews is not, in fact, fine with us.)

Weiss’s new book was prompted by the tragic 2018 massacre at the Tree of Life synagogue in Pittsburgh, her hometown, but extends into a far-reaching portrait of what she calls “a three-headed dragon—the far right, the far left, and radical Islam,” and a centrist defense of the center-left politics that Weiss believes has the potential to keep us safe.

The central conceit of the book is that until 2018 – well into the Trump presidency! – Weiss had believed America loved the Jews, only to have this vision of the nation shattered. Upon further investigation, she realizes just how much anti-Semitism has been floating around, from all sides, even earlier, and even in the United States. Frustratingly, she doubles down on American exceptionalism, this despite offering a persuasive case that America is not, in this area, all that exceptional.

Weiss is entirely right to describe anti-Semitism as “an ever-morphing conspiracy theory in which Jews play the starring role in spreading evil in the world.” This flawlessly pinpoints how the issue with anti-Semitism isn’t a specific anti-Jewish stereotype but the notion of Jewish centrality to global affairs. Any explication of anti-Semitism needs to take into account the otherwise divergent ideologies that converge around the idea of Jews being the worst. Because anti-Semitism is shape-shifting, there’s no obviously effective strategy for opposing it.

The book’s most curious sentence – “I do not think the best use of any minority’s time and attention is to focus on its haters” – makes sense in this context. For Weiss, the fight against anti-Semitism is only incidentally about Jews, but is actually about saving liberal democracy.

Inasmuch as it’s about Jews, “How to Fight Anti-Semitism” is a contemporary update on the age-old genre of Jewish apologetic literature, a template that swings back to ancient history and the Middle Ages to discuss, in sympathetic if historically imprecise terms, the eternal plight of the Jews.

Modern Jewish historians (and plenty of American Jews outside academia) frown on dire interpretations of the Jewish past. But increasingly, Jewish studies academics and the Twitterati alike are speaking out against anti-Jewish bigotry in the language of social justice. Though Jews may argue whether its source lies on the left or on the right, it’s become passé for American Jews to shrug off anti-Semitism as no big deal. If anything, Weiss’s optimism about America as a safe haven is the real throwback.

For all her lost illusions, Weiss’s faith in America as the best place outside of Israel for Jews remains intact. She concludes with an exhortation to “fight, first and foremost, as Americans,” and insists — too much, in my view — that “American and Jewish ideals are harmonious.”

Given where the Holocaust occurred, it’s understandable that many American Jews view contemporary European Jewry as mystifying in its mere existence, and that instances of European anti-Semitism merely confirm their preexisting beliefs. But Weiss’s interpretation of the European – especially French – Jewish life is far more negative than is merited and at times seriously misleading.

In a passage about how the United States differs from France, Weiss refers to America’s role for Jews as “a new Jerusalem,” and cites George Washington’s 1790 letter defending American citizenship for Jews. She doesn’t mention that French Jews gained citizenship in 1791, the founding of the modern French nation, nor that French Jews would see France as a new Jerusalem, with France the dream destination for plenty of Eastern European Jews. Instead, she again brings up the Washington letter to contrast the philosemitism of the Founding Fathers with anti-Jewish writing from Voltaire in 1771. She also ignores that for all the talk of Jews leaving France, it’s the country with the third-largest Jewish population. It’s not all terrible for French Jews. Bernard-Henri Lévy, at least, seems to be enjoying himself.

While Weiss at times overstates how dangerous Europe today is for Jews, the bigger concern is her insistence on America as haven. If America has been uniquely Good for the Jews, it’s been for a mix of reasons, some less savory than others. The three reasons Weiss gives — religious freedom, friendship with Israel and an absence of waves of immigrants from regions unfavorable to Jews — only tell part of the story. She acknowledges that “the greatest shame and injustice in American history was slavery,” but doesn’t see how the centrality of the black-white divide to American life has made things easier for American Jews, who by and large read as white. While anti-black racism certainly exists in Europe (much as anti-Semitism does in the States), Europe’s (roughly) equivalent Other has long been Jews. Even when we Jews have been hated in America, we haven’t been most hated, which has, depressingly, been a kind of protection.

As Weiss herself admits, U.S. history has been rife with anti-Semitism. She traces modern American Jew-hatred from the 1915 lynching of Leo Frank to Hitler’s supporters gathering in Madison Square Garden to synagogue attacks in more recent decades. Other examples come to this reader’s mind: the 1939 turning away of Holocaust refugees on the ship M.S. St. Louis, or the genteel anti-Semitism of Harvard adding a euphemistic “character” requirement to its admissions process to keep down Jewish numbers.

Weiss recalls being subject to anti-Semitic taunts as a child in Pittsburgh. I’m 36 and I remember a kindergarten classmate, in Manhattan, announcing “I don’t like Jewish.” Is America safe for Jews, or does it deserve the faint praise of “it’s at least not the land on which we were wiped out en masse?” As in, yes, there’s anti-Semitism, and yes, our institutions are and long have been protected by guards, but at least there aren’t plaques up in front of schools memorializing the children from them killed in the Holocaust, a noble gesture but nevertheless a chilling reminder of what happened right where you’re standing. That things could be worse doesn’t make them fantastic.

Things go off course when Weiss draws a line between “anti-Jewish prejudice,” or what’s sometimes called casual anti-Semitism, and anti-Semitism proper, which is, as she understands it, inherently eliminationist. As I see it, anti-Semitism, like every other form of bigotry, exists on a spectrum. If you set the bar for anti-Semitism at the extreme – that is at genocide, real or attempted – you get stuck in a rut of reticence, of wondering whether something is extreme enough to call out. Just as not every racist is looking to reinstate slavery, not every anti-Semite wants Jews dead. In any event, I suspect it’s her belief in a distinction in nature rather than degree between genuine anti-Semitism and mere anti-Jewish bigotry that leads Weiss to an overly upbeat interpretation of American Jewish safety, past and present.

Weiss’s practical advice on fighting anti-Semitism comes at the end, and is not far off from what Jean-Paul Sartre suggested in the 1940s: Jewish authenticity, or in Weiss’s framing, positivity.

“What is more attractive than people confident in themselves, grateful for their historical legacy, and proud of their culture?” she writes.

Weiss’s sentence unfortunately calls to mind French President Charles de Gaulle’s 1967 remarks about Jews as “an elite people, sure of itself, and dominating.” From de Gaulle, this was not meant as a compliment but rather was a notorious moment of postwar French anti-Semitism.

There’s certainly value in having a positive Jewish identity. But I don’t think likability enters into it. As Weiss herself explains, anti-Semitism is “a shape-shifting worldview that slithers away just as you think you have it pinned down.”

If anything, the book’s enumeration of terrible fates that Jews keep meeting — along with its clear illustration of the current political isolation of many Jews — reminds how far the myth of Jewish power is from the truth. Actual Jewish people are powerless relative to The Jews, the fraught symbol. The abstract ideas others decide we represent fall in and out of favor, and we’re either held up as model minorities or collateral.

While our overall outlooks aren’t so different, and we for sure agree about Theodor Herzl, I don’t agree with Weiss’s choice to emphasize fighting anti-Semitism as an abstract ideology. It strikes me as more productive to focus on defending anti-Semitism’s victims than to convince anti-Semites that they’ve got it wrong. Rather than correcting anti-Semites’ abstract notions of who the Jews are with different ones, better to unlink Jews from The Jews entirely. Better to just stop using Jews as symbols, period.

While I find Weiss’s definitions of anti-Semitism persuasive, I suggest an additional one as a starting point: Anti-Semitism is the hatred of all people who anti-Semites define as Jewish, whether or not that’s how they self-identify. Defending its victims thus requires a two-pronged strategy for those with and without positive Jewish identities. It’s unfair, as well as unnecessary, to demand that all who read as Jewish become communally engaged. (It’s absurd to insist that, say, a nun who happens to have the last name Cohen embrace life as a proud – or in Sartrean terms, authentic – Jew.)

That said, anti-Semitism certainly does target overtly Jewish people and institutions. And the firsthand experience of anti-Semitism has a way of awakening even previously absent Jewish identities. Defense of Jews as Jews — from support for Israel to protection of synagogues — is part, but not all, of what’s needed here.

Here’s the essential: The focus needs to be on Jews and perceived-Jews as people. If we’re looking for a constant, it’s been people, not liberal democracy, under attack.

Phoebe Maltz Bovy
is the author of "The Perils of 'Privilege'" and holds a doctorate in French and French Studies from NYU.
The views and opinions expressed in this article are those of the author and do not necessarily reflect the views of JTA or its parent company, 70 Faces Media.