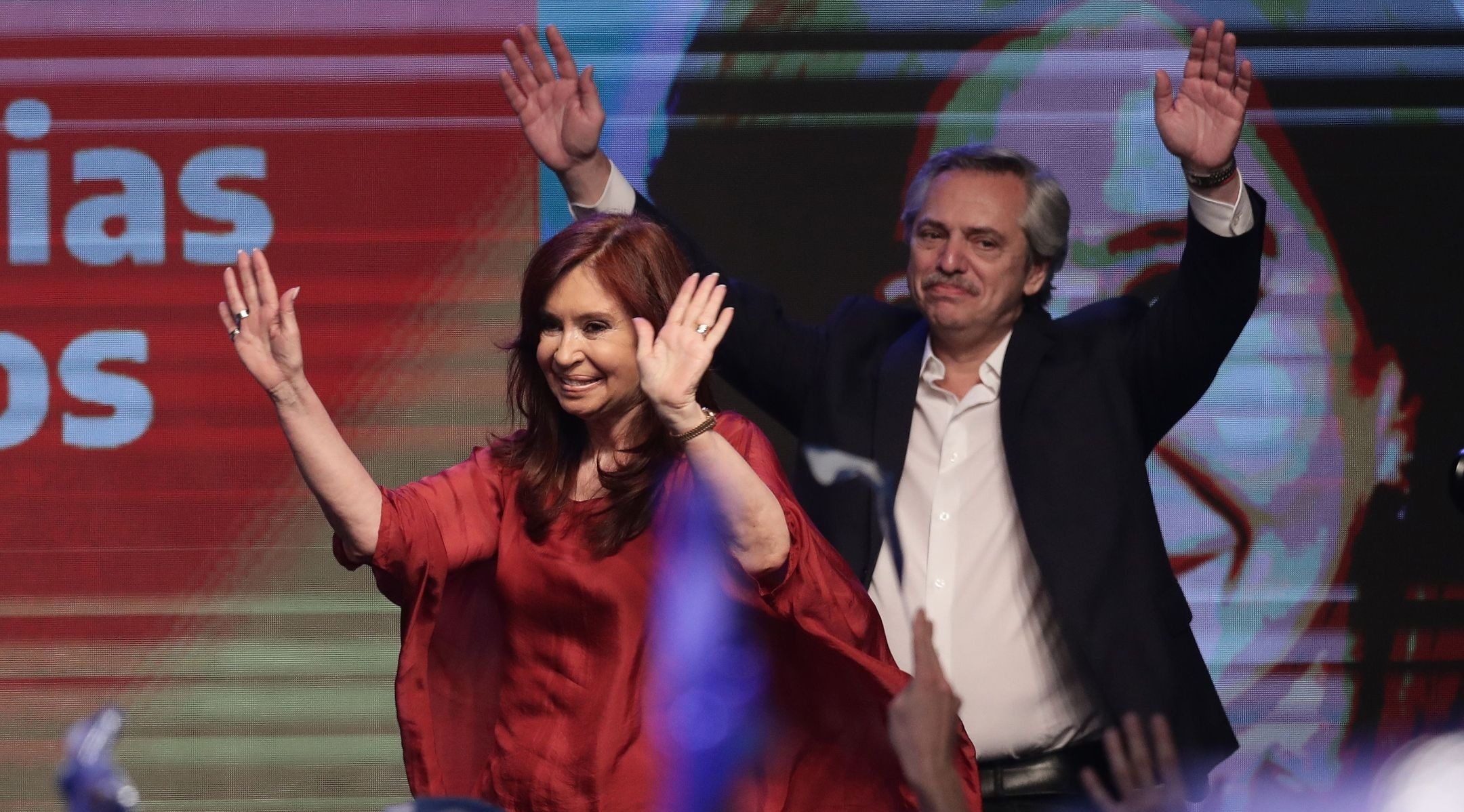 Cristina Fernandez de Kirchner, who was president from 2007 to 2015, will serve as vice president. In January 2013, her government signed an agreement with Iran to jointly investigate the July 1994 AMIA Jewish center bombing in Buenos Aires that killed 85 and wounded hundreds. Israel was among the critics of the memorandum.

Macri, the first conservative elected in the South American nation in several decades, voided the pact in his first week in office in 2015. Also that year, Argentina listed Hezbollah as a terrorist group.

Kirchner was accused of obstructing the investigation into the AMIA bombing, allegedly carried out by Hezbollah and funded by Iran, which killed 85 and injured hundreds.

She was defeated in 2015 in the wake of a wave of corruption charges. Kirchner was indicted last year on charges that she accepted bribes from construction companies, and investigations into her cases are ongoing.

Fernandez garnered 48.1 percent of the vote in Sunday’s election to 40.4 percent for Macri with 97 percent of the ballots counted on Monday morning. Fernandez will assume the presidency on Dec. 10.

With approximately 200,000 Jews descending mostly from Eastern European countries, Argentina’s Jewish community is the largest in Latin America. It was mostly split on the race between Macri and the Peronista Party ticket of Fernandez-Kirchner.

With the end of the Macri era, Jewish leaders who held governmental positions will leave their posts in December. They are Rabbi Sergio Bergman, the environmental secretary, and Claudio Avruj, the undersecretary of human rights and cultural pluralism and former executive director of the Jewish political umbrella DAIA.

Under Macri, Argentina’s ties with Israel had improved.

Also in Sunday’s election, the most crowded district in Argentina, the Province of Buenos Aires, elected Axel Kicillof, a Jewish left-wing economist, as governor. Kicillof served as economic minister during the Kirchner presidency.

The only victory for Macri’s party was in the capital city, Buenos Aires, where Horacio Rodriguez Larreta, who enjoys good relations with the central Jewish institutions, was re-elected as a mayor.

Cristina Fernandez de Kirchner is making a political comeback in Argentina, and the Jews there are split