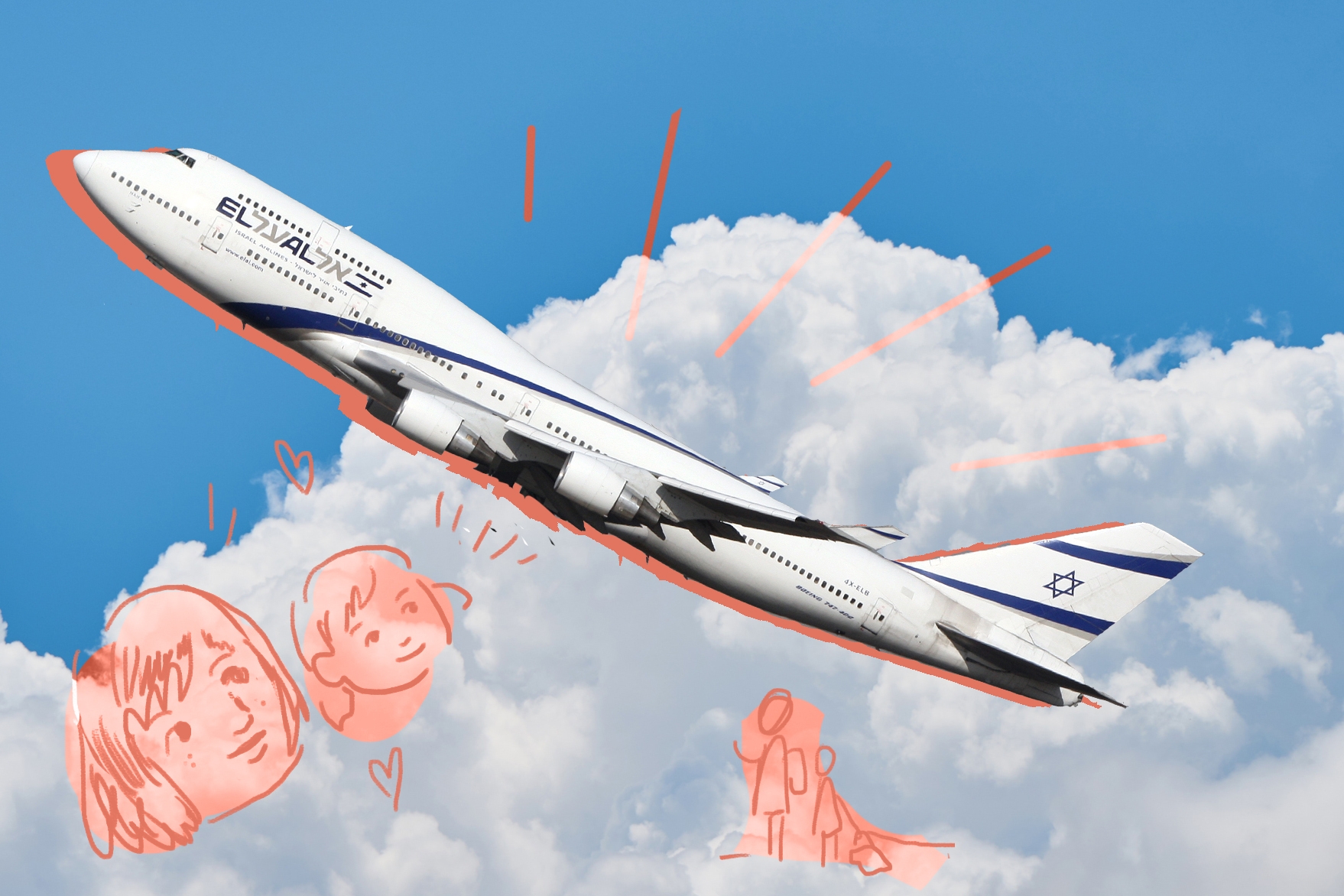 If hell is other people, flying as a mother is, without a doubt, the ninth circle of that hell. Not only are you struggling with the limited patience of your child(ren), you’re probably also carrying an impossibly heavy load of kid-related supplies — depending on the age of your kids, they can range anywhere from diapers and nursing covers to an inordinate amount of snacks, books and activities.

On top of all that, you’re also dealing with scoffs, eye rolls and possibly downright rage from other people once they spot you carrying a little one down the airplane’s aisle.

Such attitude is why this mom resorted to passing out goodie bags (filled with treats and earplugs!) to fellow passengers on a flight from Seoul to San Francisco earlier this year. It’s also why Japan Airlines is flagging seats that have a parent with a baby in them, so travelers have the opportunity to select a different seat. (Perhaps they will also kindly flag passengers with smelly feet who take their socks off?)

While I firmly believe these gestures are ridiculous and unnecessary — and that, just maybe, anyone who is so annoyed at flying with an infant deserves to sit next to an especially colicky baby — I also really believe that flying needs to be easier for moms. Which is why I was so happy to find out about AirPair, an organization that matches harried traveling moms with in-flight babysitters, or “air pairs” (which, yes, sounds kind of like au pair).

AirPair is the brainchild of one incredible Jewish super mama, 40-year-old Alana Rubin of New York. Alana started AirPair —  “Airbnb for in-flight ‘babysitters,'” as she describes it — in Passover of 2018.

You see, Alana has a brother in Tel Aviv, whom she loved to visit — until she had her second kid, that is.

It’s not as if she needed — or wanted — a babysitter to accompany her for the entire vacation. But she did think to herself: If only I could have someone to help me on the plane.

Thus the idea for AirPair was born.

When Alana put out feelers on social media, she got the most amazing feedback, affirming that many mothers felt as helpless as she did when they flew alone with their children.

“One woman told me about missing her brother’s wedding because they couldn’t go on a flight with their twins,” she says, “or this woman was saying the most traumatic moment of her life was flying with her 6-month-old.”

For now, AirPair is focusing only flights between North America and Israel.

“The reason I chose Israel is because it’s a community I know well,” Alana says. “But also because there’s that trust factor, that sense of trust within that Jewish community.”

Here’s how it works: If you’re in need of an extra pair of hands en route to the Jewish state, all you have to do is visit AirPair’s website. Alana will match you with a fellow traveler who is willing and able to help.

Just who are these folks?

According to Alana, they’re everyone from “college students and yeshiva students to businessmen and grandmothers.” Just like not all Airbnb rentals are hotels or motels, not all AirPairs are professional babysitters or caregivers. But most of the 1,000 or so sitters on her roster have some experience with childcare and all of them receive some training from AirPair.

Sounds great, you’re probably thinking. How much does this cost?

The answer varies. Alana leaves it to the AirPairs and the clients to set the price; some may charge $20 an hour, others get paid the full ticket price and then some. Some AirPairs even volunteer their service for free as a mitzvah (and what a mitzvah it is!). It all depends on the budget of the family and how much help they will actually need on the flight. (Alana makes money by taking a percentage of the sitter’s fee.)

Since launching the service, AirPair’s clientele has extended beyond frazzled parents. It has also assisted elderly passengers, “like a 94-year-old Holocaust survivor who is flying to Israel to see her grandson,” Alana says, as well as disabled and nervous flyers. She’s also had people use her service for an unaccompanied minor, saying “the airline does provide that service, but for some, AirPair is a better fit.”

Alana hopes to expand AirPair to include more flight routes and make arranging the service as easy as booking an airplane ticket. For now, however, she is working solo and makes the matches manually — it’s a lot of work for one stay-at-home mom of two! She has to be quick, as many of the the parents reaching out have very timely needs. Like Shoshana Dickler Lissek, a speech pathologist and mother of two: She was supposed to fly home to Israel with her sister after visiting their father in Baltimore when he suddenly was hospitalized.

“While my sister and brother-in-law needed to return to Israel to work, I had the flexibility of being on maternity leave to extend my stay,” Shoshana tells me over email. “Changing the ticket was only half of the work — flying without my sister meant being on my own with my 3-year-old and newborn on a 10-hour flight.”

So she reached out to AirPair, which she discovered through Facebook. Alana found her the perfect AirPair.

“She was ready to help me at every turn, not only with my kids but also with managing all of our bags,” Shoshana writes. “Because of her help, one of us was always available for each child. My 3-year-old received quality attention throughout the flight, which led to far fewer meltdowns, and my baby could be tended to properly. ”