Most of Nazi trove discovered in Buenos Aires are fakes 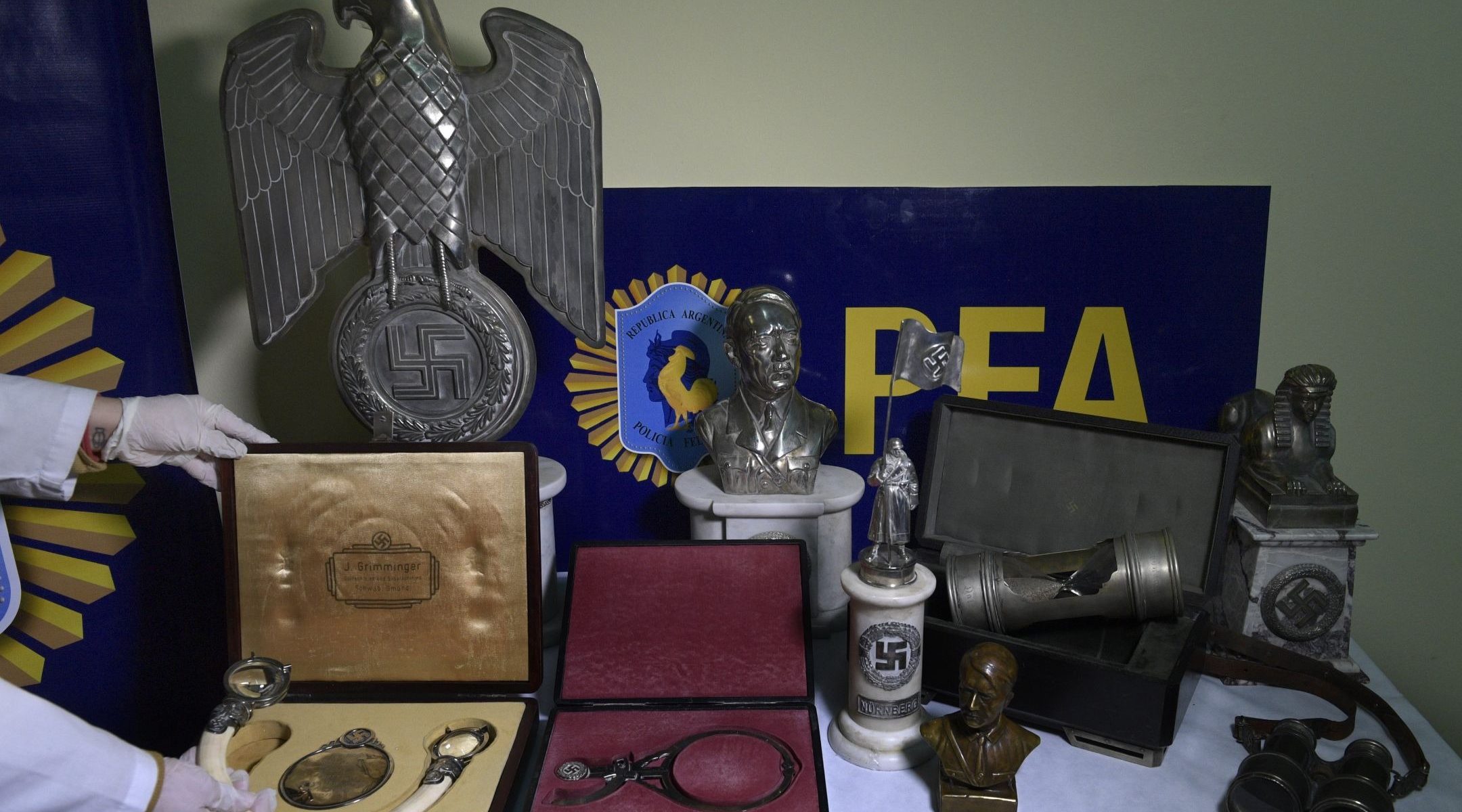 Argentina's Federal Police display some of the Nazi objects seized during a June 9, 2017 operation in Buenos Aires. Experts have determined that most of the objects are fakes. (Juan Mabromata/AFP via Getty Images)
Advertisement

BUENOS AIRES, Argentina (JTA) — Most of the Nazi objects discovered two years ago by the Argentine Federal Police during a raid on a house in Buenos Aires have been revealed as fakes.

The Argentine Federal Police unveiled the 72 Nazi objects, including tools for Nazi medical experiments, taken from the home of an antiques dealer in June 2017 and turned them over to the Justice Department to investigate the find.

The investigation revealed that some of the objects are fake. Others are from the World War II-era but Nazi symbols or names of Nazi officials were added, with some of them misspelled.

The German news service Spiegel reported that 62 of the 72 objects or sets of objects are “counterfeit or falsifications.”

The Justice Department turned over the collection to the Holocaust Museum of Buenos Aires, which will display some of the objects when the renovated building reopens on Dec. 1.

“We are a museum about the Holocaust, not about the Nazism, so we will choose the objects that fit with our mission,” the executive director, Jonathan Karszenbaum, told the Jewish Telegraphic Agency.

The police found a bust relief of Adolf Hitler, medical devices marked with swastikas used to measure head and body size, Nazi puzzles for children and knives. Among the objects discovered was a magnifying glass attached to a photo of Hitler using the magnifying glass.

The museum said in a statement last week that according to the German expert Stephan Klingen, “most of the objects received correspond to the pre-Nazi and Nazi era and had subsequent modifications.”

Argentina was a refuge for Nazis such as Josef Mengele after World War II. Adolf Eichmann was captured in the northern area of Buenos Aires in 1960, and another war criminal, Erich Priebke, also lived there.

The Nazi criminals’ presence in Argentina also was disclosed one year ago by the Jewish political umbrella DAIA through official government documents from 1939-50 that recently were declassified.