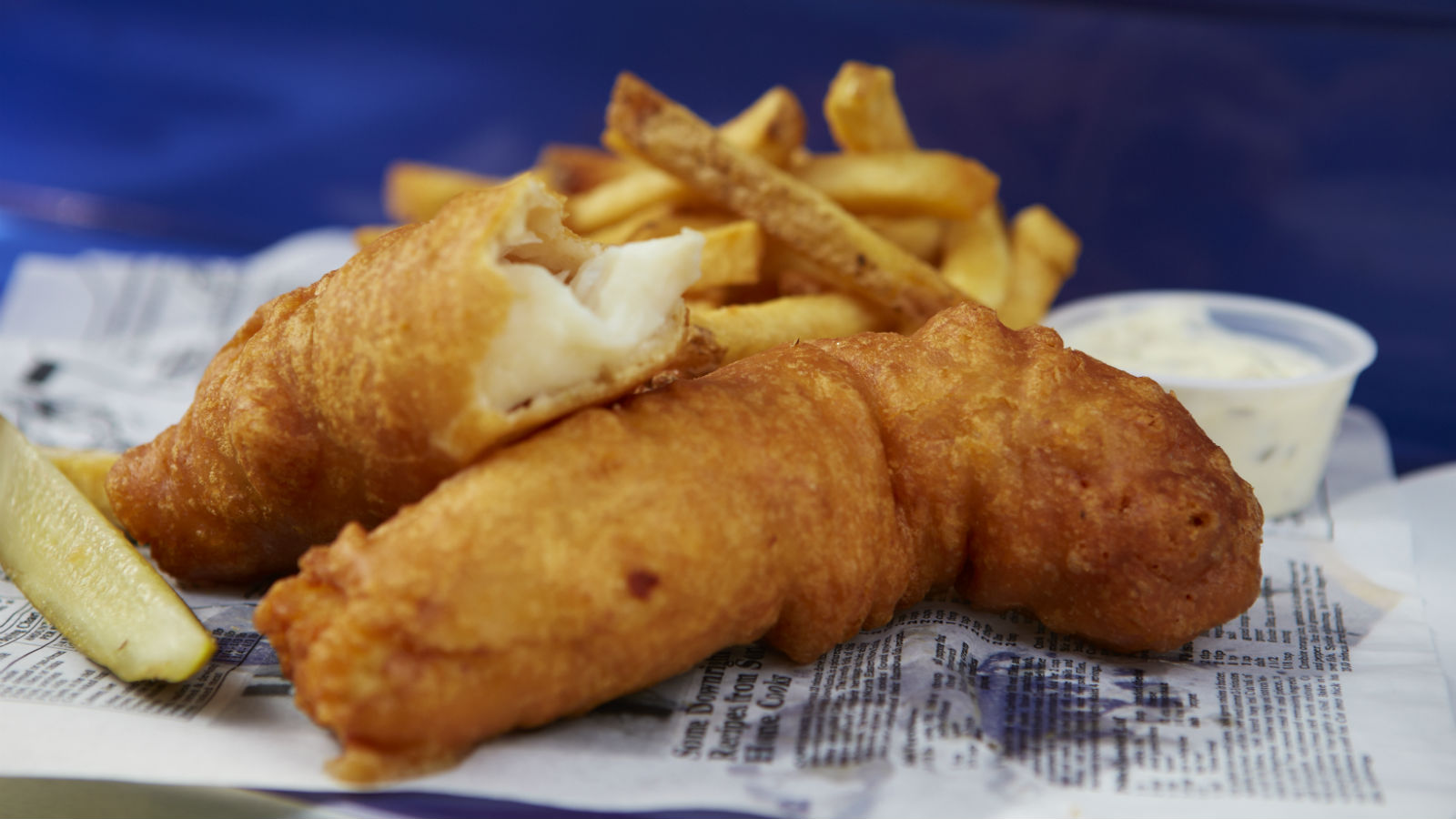 You may be surprised to learn that fish and chips, though wildly popular in England for what seems like an eternity, actually was a specialty of the Portuguese Sephardic Jews who fled the Inquisition in the 16th century and found refuge in the British Isles. Celebrity chef Jamie Oliver referred to this recently in an article in The New York Times, adding that “Dishes evolve, impacted by trade, war, famine and a hundred other forces.”

Among those “other forces” are dishes born of religious ritual. For observant Jews, fish is pareve, a neutral food in kosher terms, thus an easy way to avoid treif (non-kosher food) and possibly include dairy in the same meal. It was especially important for Marranos, the so-called crypto-Jews, who pretended to be Christian during the Inquisition. They ate fish on Fridays, when meat was forbidden by the Church, and also saved some to eat cold the next day at lunch to avoid cooking on Shabbat.

Frying was natural for Jewish home cooks — think of latkes and sufganyiot — and as the Jewish community began to flourish in England, it spurred a taste for its beloved fried, battered fish throughout the country. According to Claudia Roden’s “The Book of Jewish Food,” Thomas Jefferson tried some on a trip to London and said he ate “fish in the Jewish fashion” during his visit. Alexis Soyer, a French cook who became a celebrated chef in Victorian England, included a recipe for “Fried Fish, Jewish Fashion” in the first edition of his 1845 cookbook “A Shilling Cookery for the People.” Soyer’s recipe notes that the “Jewish manner” includes using oil rather than meat fat (presumably lard), which made the dish taste better, though also made it more expensive.

There’s some dispute about the where and when of “chips” (what we Americans call French fries and the French call pommes frites). Many historians say that deep-fried, cut-up potatoes were invented in Belgium and, in fact, substituted for the fish during hard times. The first time the word “chips” was used was in Charles Dickens’ “A Tale of Two Cities” in 1859: “husky chips of potato, fried with some reluctant drops of oil.”

The official pairing of fish and chips didn’t happen until a few years later, though. Although there are some who dispute it, most authorities say that it is thanks to a Jewish cook, this time a young Ashkenazi immigrant named Joseph Malin, who opened the first British chippy, aka fish and chip shop, in London in 1863. The shop was so successful it remained in business until the 1970s.

Who could foresee that fearful Jewish immigrants hiding their true religion and practicing in secret would be responsible for creating one of the most iconic dishes in the U.K.? The down-home dish that Winston Churchill claimed help the British defeat the Nazis, the comfort food that George Orwell said helped keep the masses happy and “averted revolution.” The dish, by the way, that was among the only foods never rationed during wartime because the British government believed that preserving access to it was a way of keeping up morale. A dish that continues to be a mainstay of the British diet.

Think about that the next time you find yourself feasting on this centuries-old — Jewish? British? — recipe.

These days, some restaurants are putting a new spin on fish and chips. Almond crusted. Baked instead of fried. Quinoa coated. Sweet potato fries instead of regular. And those are all fine; as Oliver says, “Dishes evolve.” But plain old fish and chips endures and probably always will. Good recipes usually do.