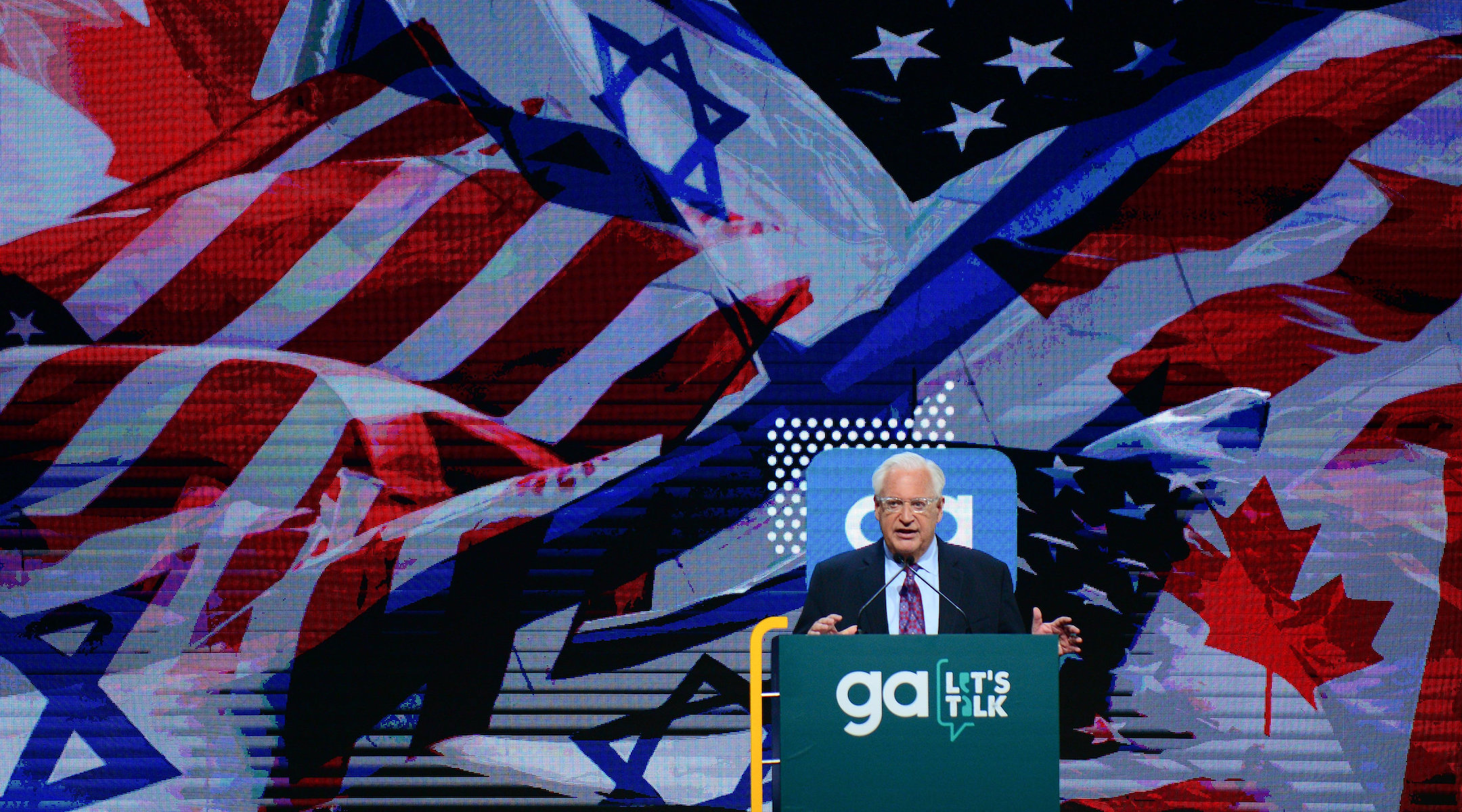 But this year, there won’t be a GA. Instead, Jewish Federations is putting on a much smaller, invite-only event titled FedLab.

The decision to hold the event was made last year, said Jewish Federations CEO Eric Fingerhut, who recently succeeded Jerry Silverman in the post.

Participants in the Nov. 10-12 conference in Washington, D.C., will be on one of three tracks focusing on a major issue facing the Jewish community. The topics are communal security, Jewish engagement and social services to help those in need.

Nearly 900 people, including lay and professional federation leaders, will attend the conference.

“[W]e wanted to take this year and really roll up our sleeves, work in a very intensive manner on these critical issues that we face,” Fingerhut said. “It’s an innovation and one that I’m excited to try out.”

Next year will be back to a regular General Assembly in Chicago. Fingerhut said the organization is still deciding what will happen in future years, with options such as alternating between hosting a smaller conference and a regular GA or hosting both each year.

In the 1990s, the GA was the largest annual conference in the American Jewish community. In recent years, however, federations and other communal organizations have struggled to engage young people. Now the American Israel Public Affairs Committee, the liberal pro-Israel group J Street and the Reform movement draw larger crowds at their annual or biannual conferences.