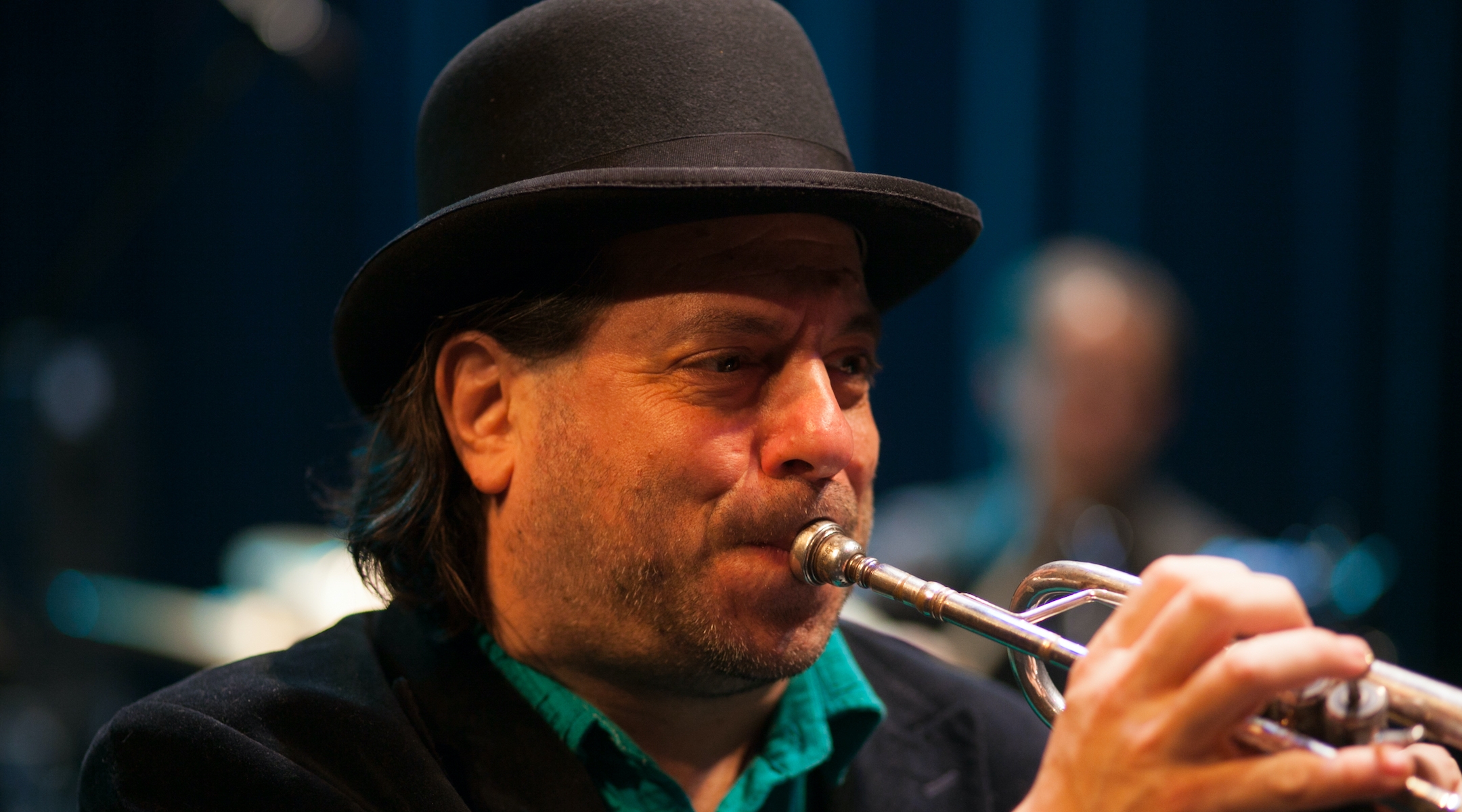 (JTA) — Every year in late summer, the streets around Grzybowski Square ring with the sounds of klezmer.

A triangular patch of land in the heart of downtown Warsaw, Grzybowski Square was part of the Warsaw Ghetto during World War II and is just a stone’s throw from the Nozyk Synagogue, the city’s only surviving prewar shul.

But far from being merely a site of Jewish destruction at the hands of the Nazis during the Holocaust, the square today is host to one of the clearest markers of the resurgence of Jewish culture in Poland: Singer’s Warsaw Festival of Jewish Culture. Now in its 16th year, the festival holds many open-air concerts in the square, returning the buoyant sounds of klezmer music to streets that once teemed with Jewish life.

“Yes, Poland is a graveyard, but there are new trees and new flowers and new culture growing on something that was once burned soil, on the ashes,” said Polish-American filmmaker Andrzej Krakowski, who has been involved in the festival for more than a decade.

Now this celebrated Polish Jewish cultural event is coming to New York for just the second time ever.

Launched in 2004 by Golda Tencer, an actress who leads the Jewish Theatre of Warsaw, the Singer’s festival offers a broad menu of cultural offerings including contemporary theater, film, visual art and music.

“It sort of showcases that Polish Jewish landscape,” said David Szurmiej, a Polish filmmaker and Tencer’s son, who serves as the festival’s associate director. “We forget that Jews lived on Polish soil for 1,000 years. This play ties in very well to that sort of landscape.”

The festivities in New York begin Nov. 17 with a concert by Yaakov Lemmer, the cantor at New York’s Lincoln Square Synagogue, and Frank London, a Grammy Award-winning klezmer trumpeter. That will be followed by a performance of “Humesh Lider,” a comedy by Yiddish playwright Itzik Manger that features biblical characters living in a small Polish city in the 1920s. 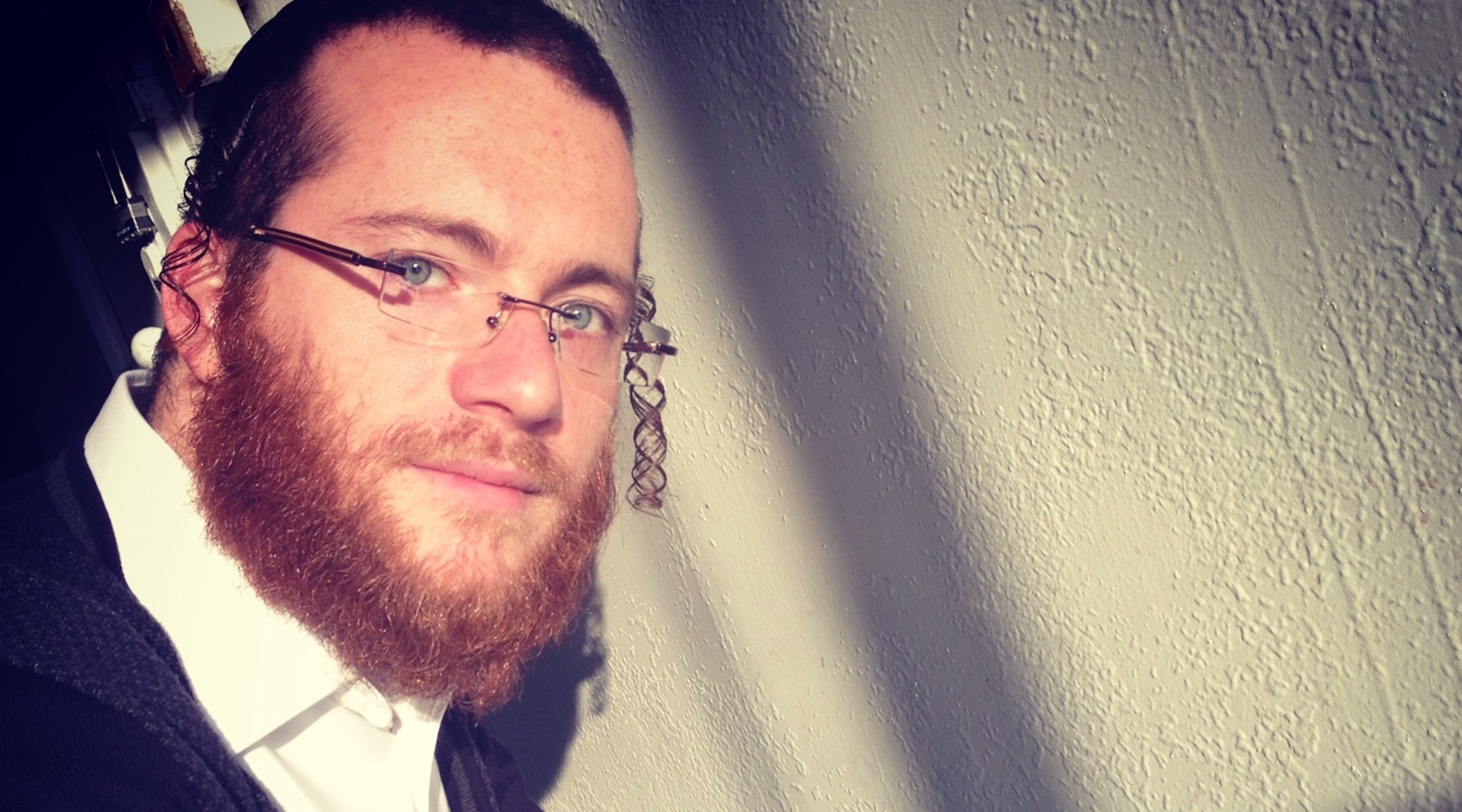 Cantor Yaakov Lemmer will perform at the festival, also on Nov. 17. (Wikipedia)

The festival is supported by the city of Warsaw and multiple Polish government ministries, including the Polish Cultural Institute in New York.

The Singer’s festival is a big deal in Poland. Some 150 are events are held annually, and its concerts are often carried on live television. In its early years, the event drew significant interest from local Polish artists, who began creating original works for the festival. Then foreign artists began to get involved, too.

“Thanks to these Polish performers, and also these international acts that join, we can now talk about a big resurgence of contemporary Yiddish culture,” Szurmiej said.

Still, festival organizers began to sense that they were limiting themselves by not finding a larger outlet for the artistic ferment they were seeing in Poland. The number of people who speak Yiddish in Poland is tiny. And even though the plays are presented with Polish supertitles that make them understandable, the appetite for Yiddish theater abroad is significantly greater.

Szurmiej figured that out a few years ago, when the Singer’s festival first went on the road, making stops in Chicago, Boston and Mexico City, in addition to New York.

Named for the Polish Nobel laureate Isaac Bashevis Singer, the festival is slated to present a number of works related to the famed writer who died in 1991. Two events for children, at public libraries in Manhattan and Brooklyn, will feature professional actors reading Singer’s stories. And two films inspired by Singer’s works — “Yentl,” the 1983 movie starring Barbra Streisand based on a Singer play of the same name, and “Enemies, a Love Story,” starring Anjelica Huston and Ron Silver — will be screened at the festival.

“Isaac Bashevis Singer was a beloved New Yorker who lived for more than half a century in the city. He always longed for Warsaw, and he wrote about it in his novels,” Kubicki said. “But if he had never lived in New York, he never would have created ‘Shadows on the Hudson River,’ a piercing portrayal of Jewish immigrants in America.”

He added, “We are very proud to support the New York version of one of the most highly anticipated events on Warsaw’s cultural calendar. Since New York has one of the largest Jewish communities in the world, we hope that this will resonate for the New York audience, and that people will find joy in being part of it.”

For the filmmaker Krakowski, who has participated in the Singer’s festival for over a decade, this sort of programming fills an important gap. Poles of his generation found themselves with “an incredible void in our education” born of the loss of millions of Jews with deep roots in Yiddish culture. Something similar, he believes, has happened to American Jews, who are perhaps even less aware of the cultural loss inflicted by the Holocaust.

“I find this whole Singer festival to be incredibly important for both sides,” Krakowski said, “for the Polish side and for the fact that it’s coming now to New York.”

The festival concludes on Nov. 19 with a one-woman play, “A Wall,” performed in Polish by actress Ewa Dąbrowska and based on the life story of Irena Sendler, a Polish nurse who saved thousands of Jewish children during the Holocaust. The Israeli actress Gal Gadot is set to star in a film about Sendler.

“I think we have something interesting to present,” Szurmiej said. “I hope that we can have more artists, both from Europe and the U.S., take part in the festival next year. And thanks to that, have the cultural bridge between Europe and the U.S. grow.”