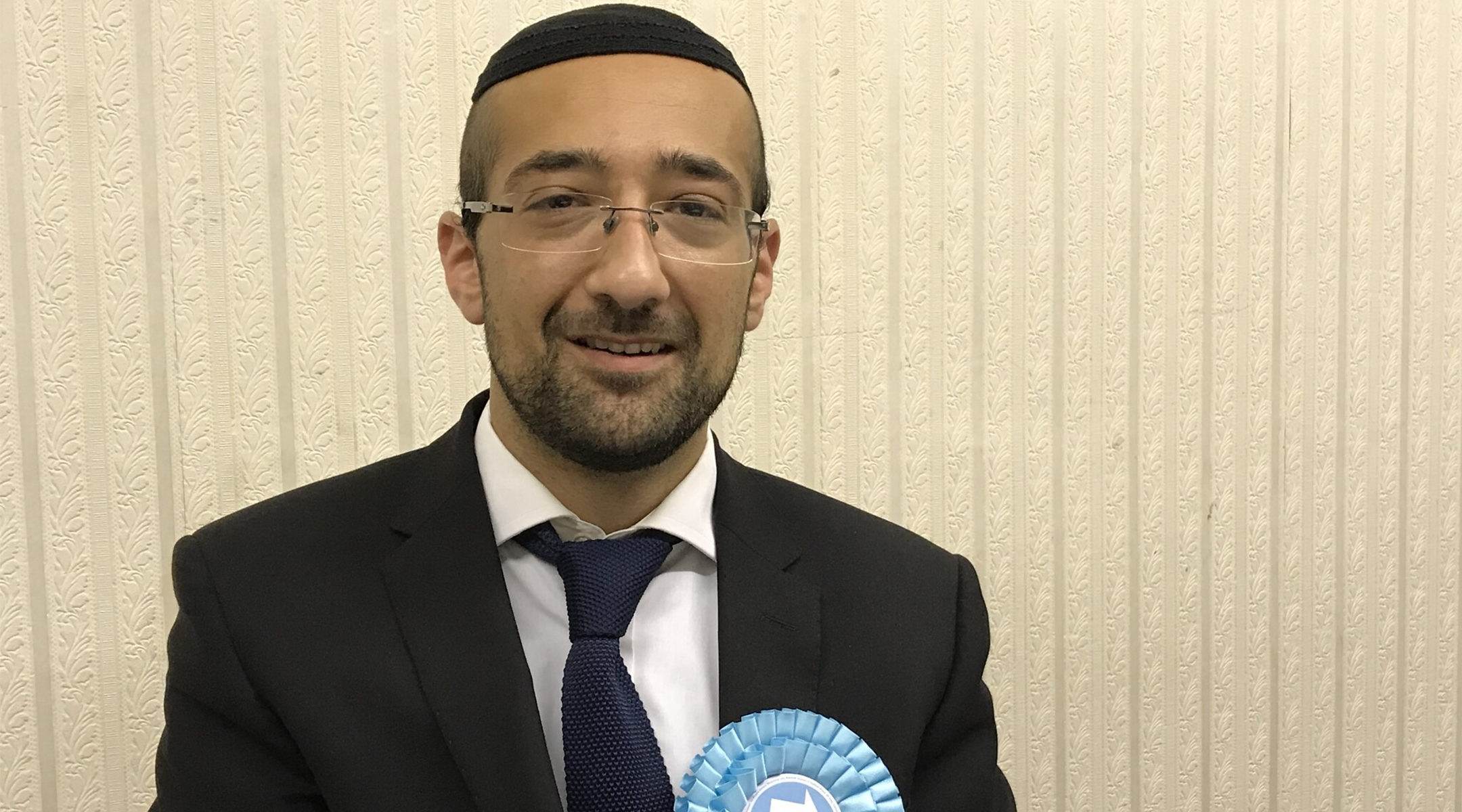 Yosef David says his Brexit Party is a "safe and friendly place" for Jews despite racism allegations. (Courtesy of David)
Advertisement

(JTA) — As an observant Jew, Yosef David was taught to believe in miracles.

That’s a good thing since David, a social worker from London, is going to need one to succeed in his new mission: unseating Jeremy Corbyn from Parliament in the general election on Dec. 12.

David registered recently as a candidate of the right-wing Brexit Party for the Islington North constituency in London, in what the Jewish News of London characterized as a “challenge” in an article Tuesday. In 2017, the district elected Corbyn, the Labour Party’s leader, with 73 percent of the vote. Only 0.8 percent went to UKIP, the party from which the Brexit Party splintered off.

Labour has won in Islington North in every election since 1937. David acknowledges that he’s probably no match for Corbyn.

“I am aware that overturning a 30,000-plus majority would be a miracle,” David told the Jewish News.

In the interview, David said it was a way of “highlighting the impact of the anti-Semitism epidemic in the Labour Party on the community.”

Under Corbyn, a far-left politician who was elected Labour leader in 2015, the party has been dogged by allegations that it allows anti-Semitism in its ranks. It’s the first mainstream British party to be the subject of a probe by the government’s watchdog on racism. Corbyn himself has also been accused of being more than just anti-Israel.

“A Corbyn government would be a disaster for our community and the entire country,” David said.

Meanwhile, over in the London constituency that Prime Minister Boris Johnson represents in Parliament — Uxbridge and South Ruislip — Labour is attempting a similar uphill fight with Ali Milani, an Iran-born politician. The district has voted for Johnson’s Conservative Party since the 1970s.

Notwithstanding, Milani does have some Jewish supporters who call themselves Jews Against Boris.

Johnson, they wrote in a statement Tuesday, “is embracing nationalism and normalizing the far-right in his efforts to keep hold of power, and Jews know how dangerous this is.”

The mainstream leaders of the British Jewish community, however, have not sounded any alarms about Johnson. By contrast, they have warned that Labour, which had been the political home for British Jewry before Corbyn, would be an “existential threat” to that community if it takes power under him.

Racism is also an issue in David’s Brexit Party (in addition to claims from critics that the party is steering the United Kingdom toward financial ruin for its determination to take it out of the European Union unilaterally). Nigel Farage, a provocative politician in the party, has been criticized for employing what some found to be anti-Semitic tropes. In 2009, for example, he told the American conspiracy theorist and anti-Semitic talk-show host Alex Jones that “globalists” are seeking to engineer “a new world order.”

Hope Not Hate, a left-leaning group that describes itself as devoted to fighting racism, warned recently that the Brexit Party “has attracted numerous extreme figures and people who promote extremist messages,” including “outright racism, Islamophobia and anti-Semitism.”

Against this background, having an observant Jew run against Corbyn in the Labour leader’s district may be worthwhile publicity wise for the Brexit Party even if its candidate has no shot: It could serve to further hurt a political foe and fight the racism allegations.

David certainly attempted to do just that in the Jewish News interview.

Farage, David said, is “a true friend” of the Jewish community. He added that the Brexit Party is a “beautiful eclectic mix of different cultural, ethnic and religious backgrounds.”

There are “many Jews in the party,” David said, “and it is a safe and friendly place for them to be.”