UK’s Labour Party has an opportunity in upcoming elections. The anti-Semitism controversy is holding it back. 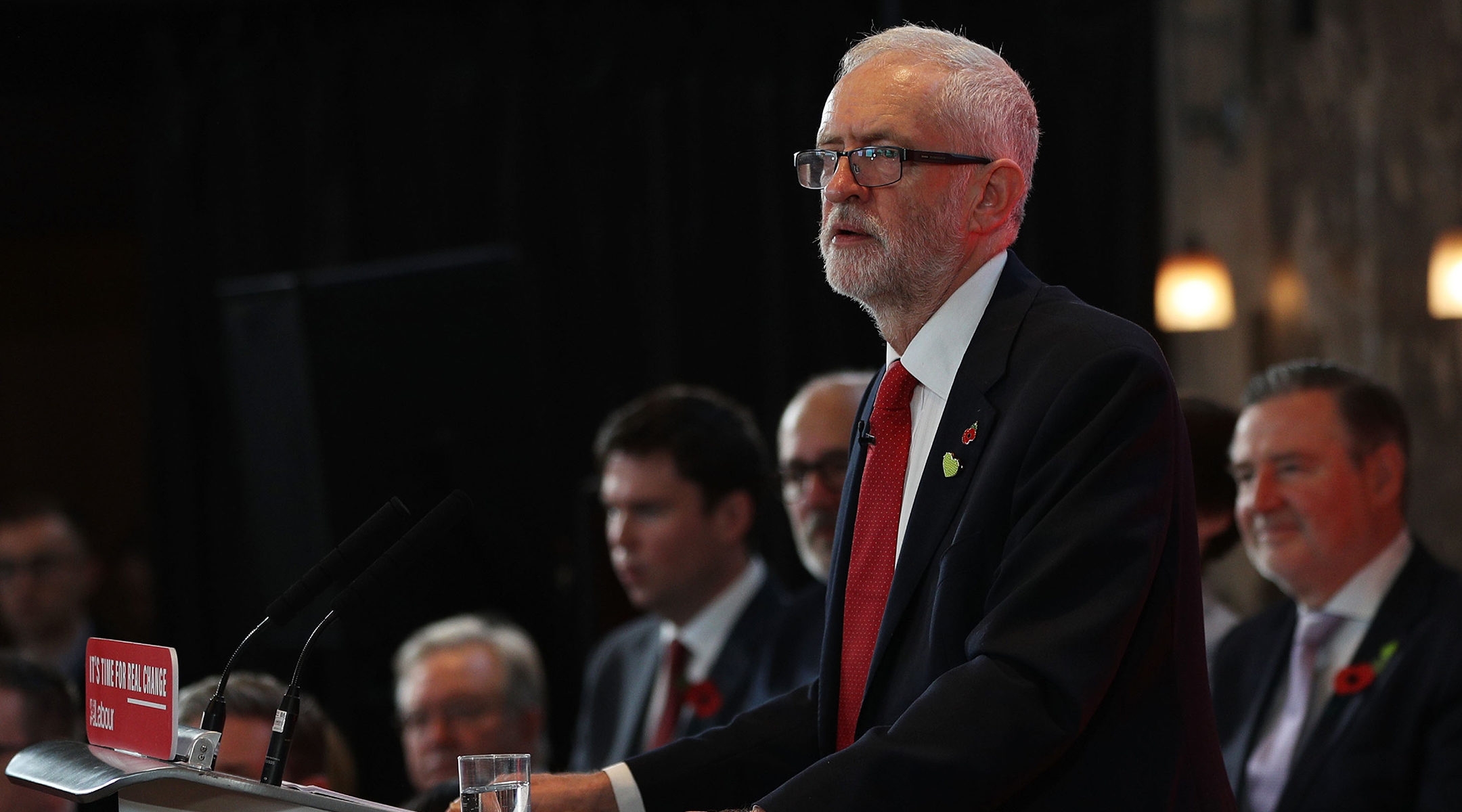 (JTA) – After nearly a decade in power, Britain’s Conservative Party is in tatters.

Years of failing to negotiate a deal with the European Union to follow through with Brexit have led to internal party discord and roiled public frustration. Prime Minister Boris Johnson’s controversial push to leave the EU without a negotiated deal has only added to the political headache.

As if Brexit woes aren’t enough, Conservatives are also under fire in the media for alleged xenophobic radicalization in their ranks — not least by Johnson himself, who last year wrote an op-ed calling Muslim women who wear face-covering veils “ridiculous” for choosing to look like “bank robbers” or “letterboxes.”

Johnson’s approval ratings in August were the lowest of any British prime minister in over 40 years of polling, and since then he’s suffered a succession of policy defeats. He felt the need to call for new elections, which will be held Dec. 12.

It all adds up to what seems like ideal conditions for the liberal Labour Party’s return to power, which it has not held since 2010 under Gordon Brown.

But multiple opinion polls consistently suggest that the Conservatives still have a significant lead on Labour, which has been led by Jeremy Corbyn since 2015.

Corbyn’s hard-left economic policies, often described as populist, his perceived neutrality on Brexit and his history of alleged support for Britain’s enemies have caused major strife in Labour’s own ranks and likely have contributed to its dismal performance in the polls.

But Labour’s many scandals involving anti-Semitism — and the British media’s unrelenting attention to these problems — are also a key factor holding back the party at this crucial moment of opportunity, according to expert observers.

Following Corbyn’s takeover of the party, hate speech against Jews and Israel began proliferating in Labour’s ranks. Thousands of incidents have been recorded both by internal Labour groups like Labour Against Anti-Semitism, and external ones, including the Campaign Against Antisemitism. Boris Johnson, then the mayor of London, waits to glide on a Zip line onto the Olympic Park in the British capital, Aug. 1, 2012. (Barcroft Media/Barcroft Media via Getty Images)

Corbyn came under scrutiny increasingly in the media and beyond both for his alleged failure to stop the hate speech and for past actions in which he appeared to ignore, condone or encourage it — and even to partake in it himself.

He has defended a London mural showing bankers, understood by many to be Jewish, playing monopoly on the backs of dark-skinned people. He once said that UK-born “Zionists” have “no sense of irony.” He blamed “the hand of Israel” for an Islamist terrorist attack in Egypt in an interview for the Iranian state-run Press TV network. He has called Hezbollah and Hamas — militant groups that vow to destroy Israel — his friends. In 2015, he placed a wreath in a Tunisian cemetery to commemorate the Black September terrorists who killed 11 Israelis at the 1972 Munich Olympics.

In 2016, an interparliamentary committee, which included Labour representatives, accused Labour of creating a “safe space for those with vile attitudes towards Jewish people.”

Jewish community leaders and prominent members have not minced words about the controversy.

British Jewry’s leaders, including former chief rabbi Jonathan Sacks, said it would be an “existential threat” to their community were Corbyn to come to power. In a recent poll, 85 percent of British Jewish respondents said Corbyn is anti-Semitic.

In a Jewish News poll last month of more than 1,000 non-Jewish voters, 55 percent agreed with the statement that Corbyn’s “failure to tackle anti-Semitism within his own party shows he is unfit” to lead.

In the poll, 51 percent said Labour has a “serious anti-Semitism problem” – up from 34 percent when the same question was asked by an earlier ComRes poll. Just 18 percent disagreed.

According to a YouGov survey from May, 80 percent of British voters are now aware of Labour’s anti-Semitism crisis, and just 19 percent are still convinced by Labour and Corbyn’s arguments that they are not anti-Semitic.

Still, a typical voter from northern England, for example, where few Jews live, will likely not be aware of the intricacies or the timeline of the Labour anti-Semitism crisis, says Jonathan Arkush, the previous president of the Board of Deputies of British Jews.

But even there, “there is now a pretty wide spread perception that there’s something rather nasty around Labour,” Arkush suggested.

“Voters aren’t stupid. They’re able to recognize when a pregnant woman, a member of Parliament, is being bullied,” he said, referencing the case of Luciana Berger, a young rising star who resigned from Labour this year over anti-Semitism while pregnant. 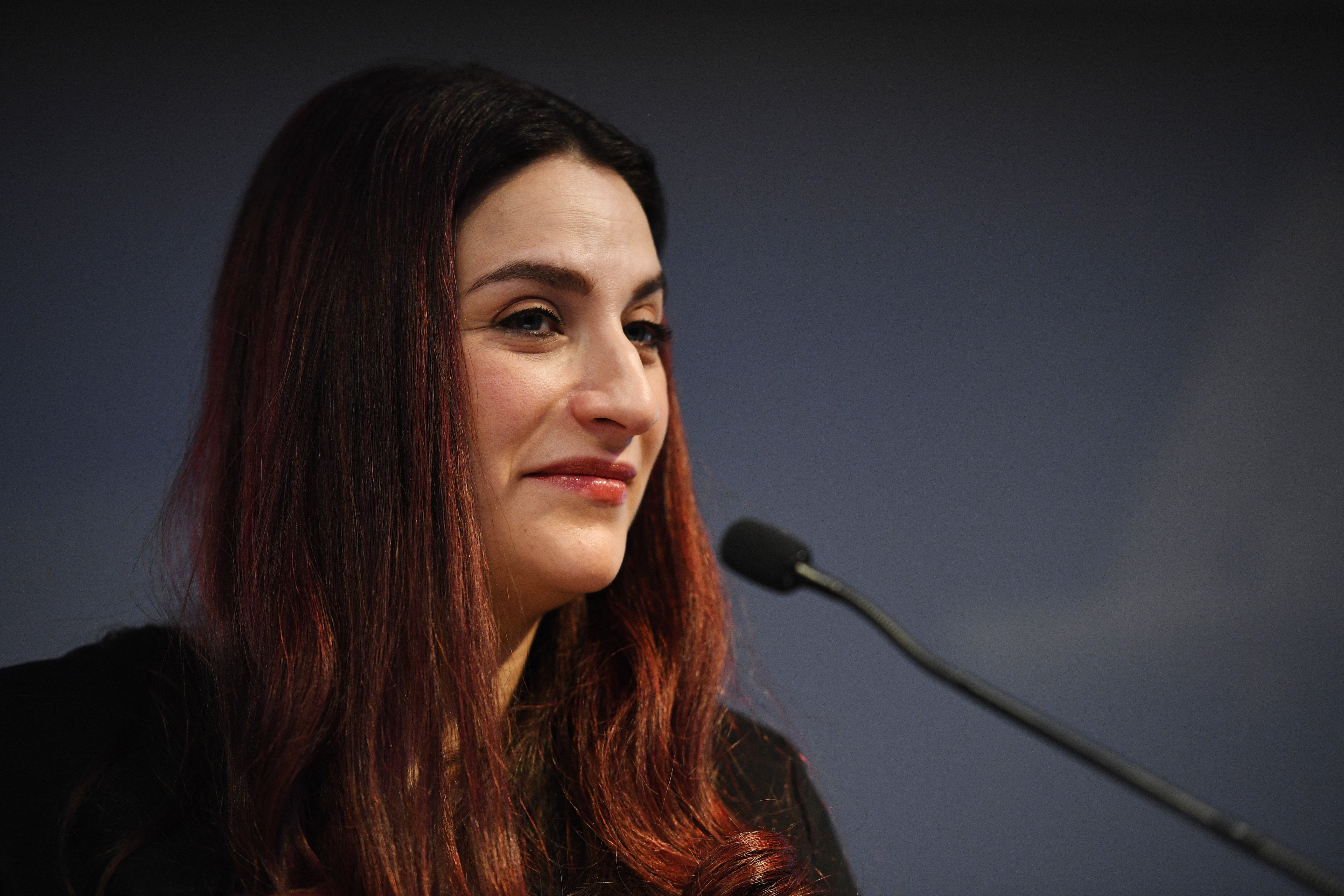 “They recognize it when another Jewish lawmaker, who represented Labour for 20 years, faces hostile and aggressive questions at a party meeting,” Arkush added, referencing recent incidents involving lawmakers Louise Ellman and Ruth Smeeth. Ellman recently joined other Jewish Labour leavers when she quit the party over anti-Semitism after 55 years in its ranks.

If Corbyn’s critics, especially his Jewish ones, are correct, it means that the general electorate is punishing Corbyn for Labour’s perceived treatment of a minority so small that it comprises less than half a percent of the population. It’s a remarkable scenario considering the relative success of parties with a longer tradition of anti-Semitic controversy elsewhere in Europe, including the National Front in France and the Freedom Party in Austria.

The possibility that Labour pays a price for its anti-Semitism problem at the ballot box makes activist Jonathan Hoffman, an activist who last year spearheaded a billboard campaign against Corbyn, feel “relieved.”

“If we lived in a society whose people and media were prepared to overlook anti-Semitism, it’d be a terrible place,” Hoffman said. “And I’m proud of how Jews, but also many non-Jews, are standing up to anti-Semitism here.”