The Tell: Buttigieg and the moderate majority 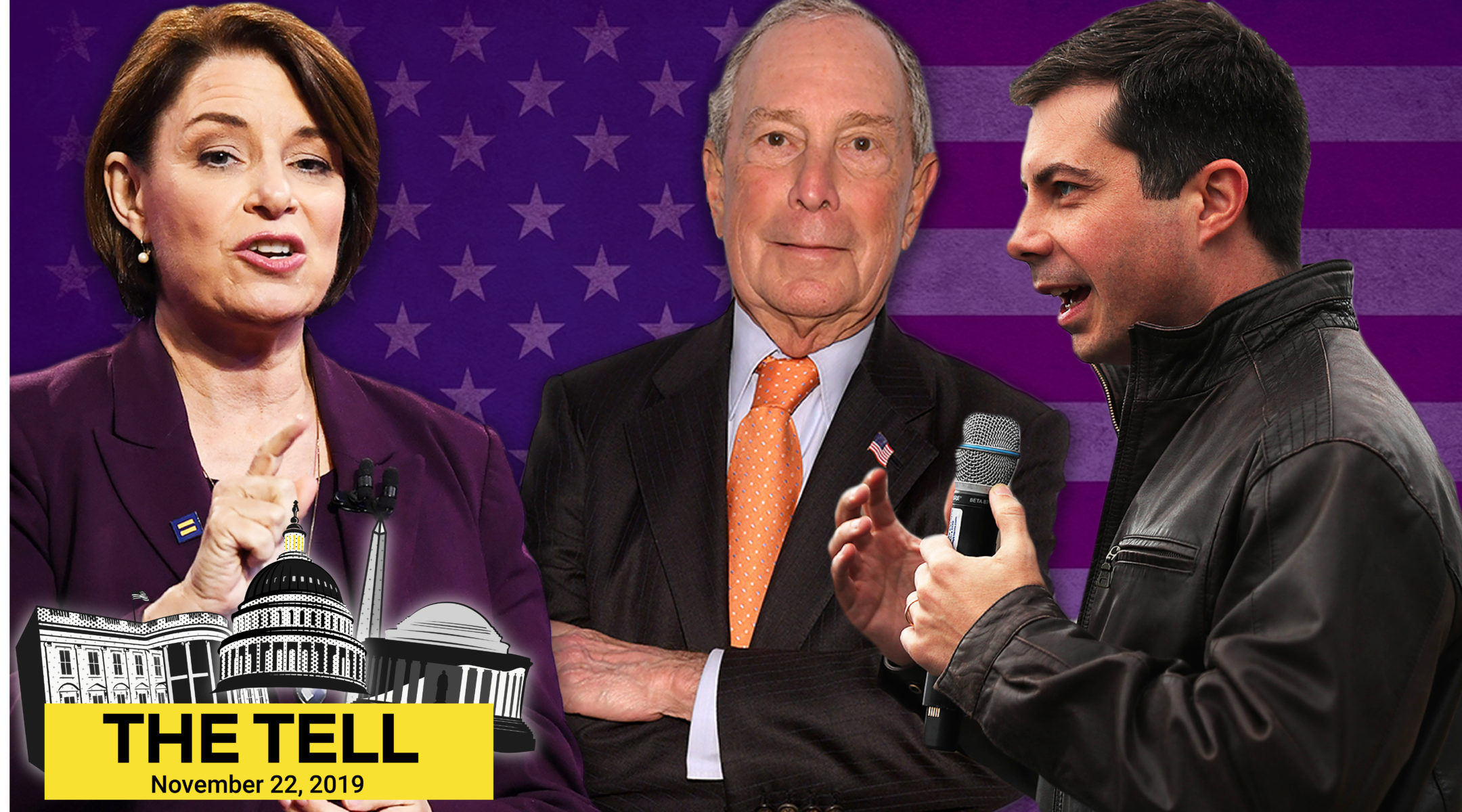 ATLANTA (JTA) — As I sat in the Spin Room of the enormous Tyler Perry Studios in Atlanta waiting for the fifth Democratic debate to start, it felt like deja vu.

The debate used the same format, again scrunched 10 candidates on a stage (having one nominee feels light years away) and produced a lack of in-depth treatment of the issues — especially those that interest JTA readers, like Israel, the Middle East, church-state and the spike in anti-Semitism.

But a crucial new narrative is beginning to emerge in the Democratic race, helped along by the news that Pete Buttigieg is surging in Iowa and New Hampshire polls.

Moderates are stronger than you think

Until recently, the narrative focused on how moderate Democrats have pinned their hopes on Joe Biden and watched them fade as the 77-year-old former vice president seemed to flail in the debates. He also lost financial support and sagged in the polls, although he is still in the lead nationally.

The other front-runners, Sens. Elizabeth Warren of Massachusetts and Bernie Sanders of Vermont, are progressives, and it seemed that one of them would emerge as a front-runner and nudge the party leftward.

That’s changing, as “Mayor Pete” has successfully pitched his Christian beliefs, military career, pragmatism and fiscal caution to voters in key states that Donald Trump wrested from Democrats in 2016.

And those who have qualified thus far for the Dec. 19 debate in Los Angeles are Biden, Buttigieg, Kamala Harris, Amy Klobuchar, Sanders and Warren. That makes it 4-2 for the moderates.

What does that mean for Israel?

All the moderates except for Tom Steyer are closely identified with centrist pro-Israel groups. One of the first stages where Klobuchar and Harris teased their presidential campaigns was at the American Israel Public Affairs Committee’s annual conference, and Sen. Cory Booker has long been close to the group. Biden’s history with Israel stretches back to the country’s beginnings, and Buttigieg visited Israel on a trip with the American Jewish Committee.

Buttigieg has joined Warren and Sanders in saying that he would contemplate using U.S. aid as a means to pressure Israel — as opposed to Biden, who has decried any such thought. But Buttigieg also was unequivocal last week in blaming Palestinian terrorists for rocket fire from the Gaza Strip, while Warren and Sanders engaged in bothsidesism.

During the debate, Sanders said without prompting, “It is no longer good enough for us to be pro-Israel, I am pro-Israel, but we must treat the Palestinians with the dignity they deserve.” He got applause.

The upshot: Should Biden continue to flag, mainstream pro-Israel donors will likely still have an address in the party in Buttigieg or one of the other moderates.

What does it mean for Bloomberg?

Michael Bloomberg, the former three-term Jewish New York City mayor, is pitching a possible run as a moderate based primarily on the fear that Warren or Sanders would otherwise seize the nomination and alienate independents and Republicans who are ready to turn on Trump.

But if a credible moderate emerges, the billionaire businessman is likely to step away from the race and dedicate his wealth to ousting Trump. He’s already committed $100 million to anti-Trump ads, whether or not he runs.

But it all could mean nothing

Dave Wasserman, the Cook Political Report editor with one of the best prognostication records of late (he was among the first to call recent Democratic wins in Louisiana, Kentucky and Virginia), on Twitter reports on changes in how Democrats assign delegates that could throw the convention into disarray.

Democrats have moved from a winner-take-all system to a complex one that will allow more than one candidate to accrue delegates in each state. For instance, getting a minimum 15 percent of the vote in a state means you can bring delegates to the convention. That increases the likelihood that there will be no clear nominee by the time Democrats convene in Milwaukee next summer.

Unimpeachable: Alexander Vindman, the top Ukraine official on the National Security Council, and Gordon Sondland, the U.S. ambassador to the European Union, delivered testimony at congressional impeachment hearings this week implicating Trump in a scheme to solicit a bribe from Ukraine.

Both correctly anticipated that some of Trump’s defenders would impugn their patriotism, and in their opening statements they cast their love of the United States as a natural consequence of being born to Jewish refugees from oppression: Sondland’s parents were Holocaust survivors and Vindman arrived here as a toddler from the USSR.

Marking territory: The Trump administration no longer considers Israeli settlements in the West Bank illegal. None of the Democrats running for president are pleased.

Miller’s crossing the line? The Southern Poverty Law Center got an email dump showing that top Trump adviser Stephen Miller advised Breitbart News to use as sources white nationalist writings as sources before the 2016 election. Three Jewish groups, including the Reform movement and the Anti-Defamation League, joined a call for the firing of Miller, who is Jewish.

Jewish Democrats punch back: We reported two weeks ago that Jewish Republicans launched an ad campaign depicting Democrats as adrift on Israel. The Jewish Democratic Council of America, the Republican Jewish Coalition’s counterpart, hit back this week with a video that calls Trump the “biggest threat” to American Jews, accusing the president of allowing right-wing anti-Semitism to fester. That’s going to be the Jewish campaign: Republicans targeting Democrats on Israel, Democrats hitting back on Trump and bigotry. 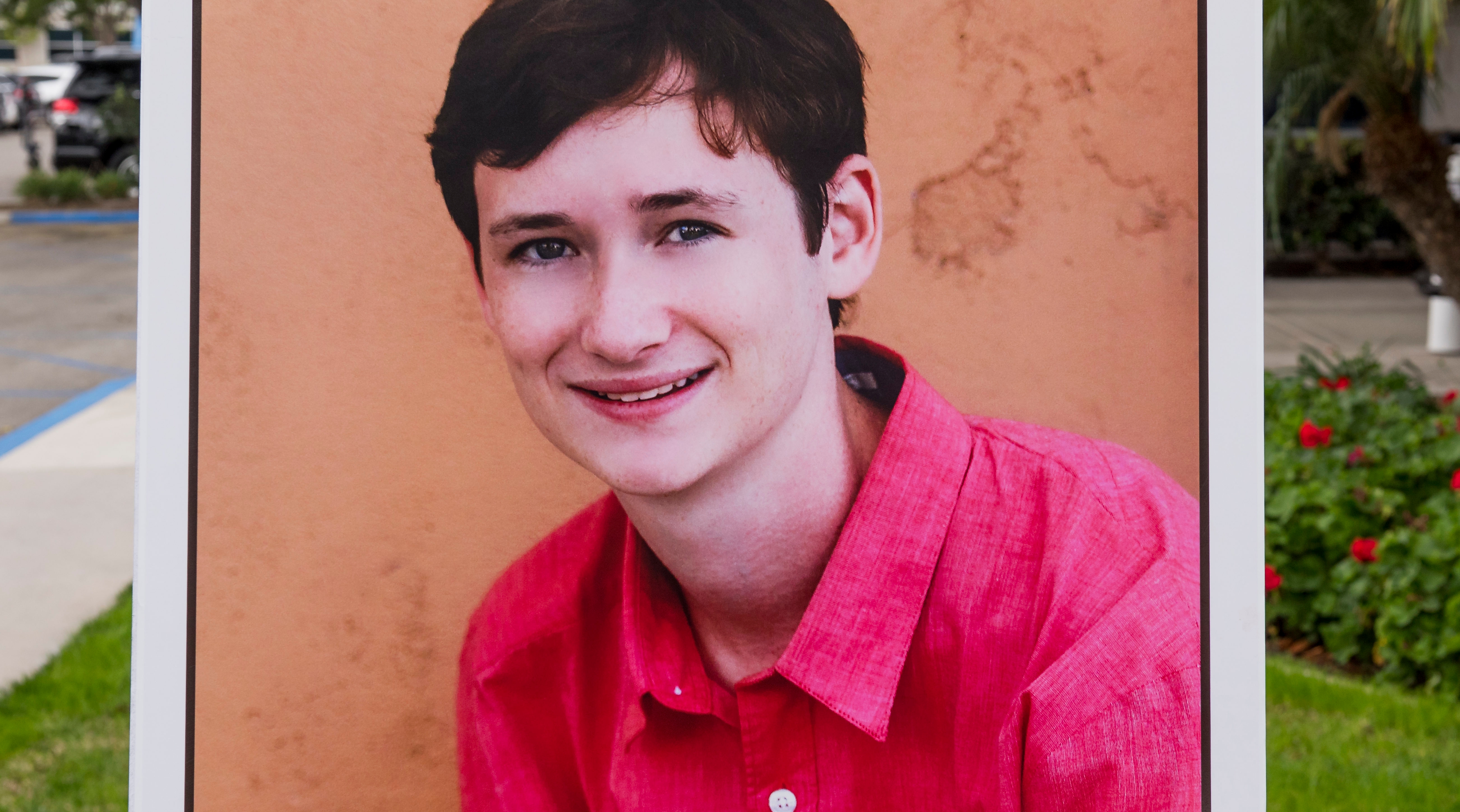 At Vox, Zack Beauchamp examines “accelerationism,” the notion among white supremacists that the most efficient means of bringing about the change they want is violence. Beauchamp examines the phenomenon through the prism of the 2018 murder of Blaze Bernstein, a college student who was gay and Jewish.

She is all of us. https://t.co/LuVPekPhZ2