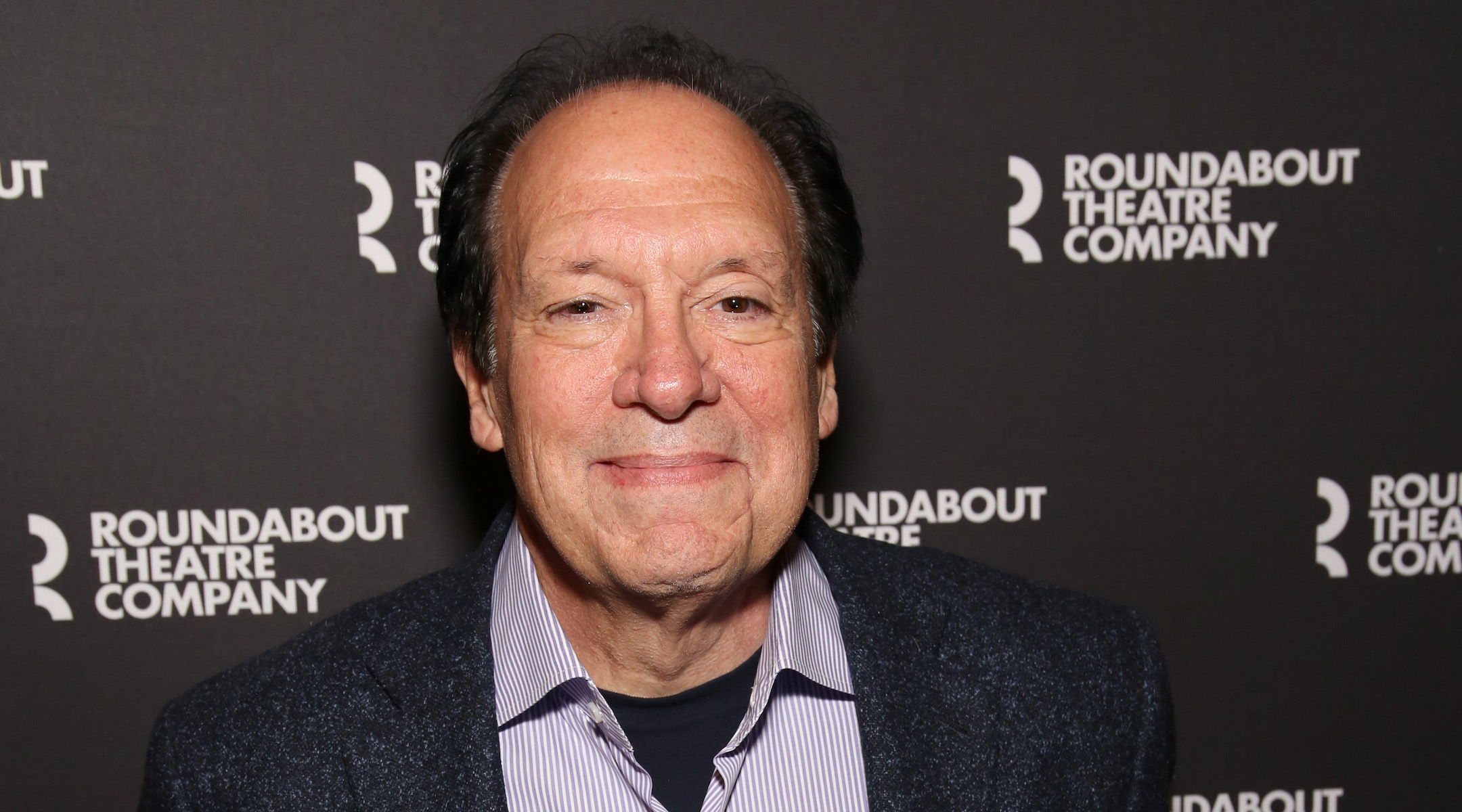 (JTA) — You may not know who Ken Ludwig is, but you almost certainly know his work.

Ludwig is the reigning king of theatrical farce. Among his 28 plays are six that made it to Broadway and seven to London’s West End, including “Lend Me a Tenor,” “Crazy for You,” “Moon Over Buffalo” and “20th Century.”

They have earned him a passel of awards — multiple Tonys and Oliviers, among others — and have been performed around the world. A recent tally revealed there are approximately 1,000 productions of a Ludwig play in the U.S. alone every year.

But his latest is largely different from the door-slamming, slapstick comedies that made him famous.

“Dear Jack, Dear Louise,” now playing at the Arena Stage in Washington, D.C., is an epistolary love story, a Jewish version of A.R. Gurney’s popular “Love Letters.” It is at times funny and poignant and, more important, based on the life experiences of Ludwig’s parents, Jacob Ludwig and Louise Rabiner.

The play is set in 1942. Jack, as Jacob preferred to be called, grew up in Coatesville, Pennsylvania, and was drafted into the military shortly after graduating from medical school, where he treated wounded soldiers returning from the Pacific. Louise, a graduate of New York’s High School of Music & Art, is a would-be showgirl.

Both their fathers were immigrant tailors from Russia and they suggest the couple begin a correspondence. They do and gradually get to know each other, writing almost daily.

Sometimes it’s just a sentence or two, a short missive to reassure the other that all is well. Sometimes the letters are commentaries on the day’s events. Louise writes about her auditions; Jack frequently describes his failed attempts to get a leave so he can come meet her. But they slowly start to reveal themselves, and it’s clear both like what they discover.

In an interview, Ludwig says the play is only based on his parents’ correspondence. His mother destroyed the actual letters — apparently, Ludwig thinks, because they contained intimacies not suitable for public consumption.

So while much of the play is fiction, the happy ending isn’t. Jack and Louise were in fact married for 50 years and raised two children, Ken and his brother, Eugene, in York, Pennsylvania. The relatively small town had “a thriving Jewish community,” including three synagogues.

The Ludwigs belonged to the Reform temple, presided over by a rabbi — an “Emma Goldman, radical leftist Reform rabbi,” in Ludwig’s description — who preferred no yarmulkes or Hebrew in his services. Ludwig celebrated his bar mitzvah and his confirmation in the synagogue.

Once a year, Ludwig would visit Louise’s parents in Brooklyn, a trip that always included at least one Broadway show. That’s where his heart was, in theater.

Ludwig began writing plays in high school. While his parents were supportive of his ambition, they recognized “the chances of making a living writing plays is so minuscule they wanted me to get a degree so I’d have something to fall back on,” he said.

Ludwig did them proud. Not only did he get an undergraduate degree, he graduated from Harvard Law School and even went to Cambridge University in England to major in Restoration drama, a field concerned with plays written in England in the 17th century — an esoteric subject if there ever was one.

It was only after he started working as a lawyer in Washington, D.C., that Ludwig began concentrating on plays, sometimes writing for four hours in the morning before heading to the office for his day job.

It took a couple of years, but his first play — about the legendary romance between the 11th-century French nun Heloise and Peter Abelard, a French philosopher and theologian — actually was successful. After running in a Washington basement, the play was picked up for a brief off-Broadway run.

Ludwig won’t say how old he is or provide dates for his early plays, but his first Broadway show, “Lend Me a Tenor” (1989), established his place in the firmament.

What are his hopes for “Dear Jack, Dear Louise”?