I didn’t need to marry Jewish, but I wound up with a rabbi

By Stephanie Belsky December 4, 2019 2:02 pm
from Hey Alma This link opens in a new window 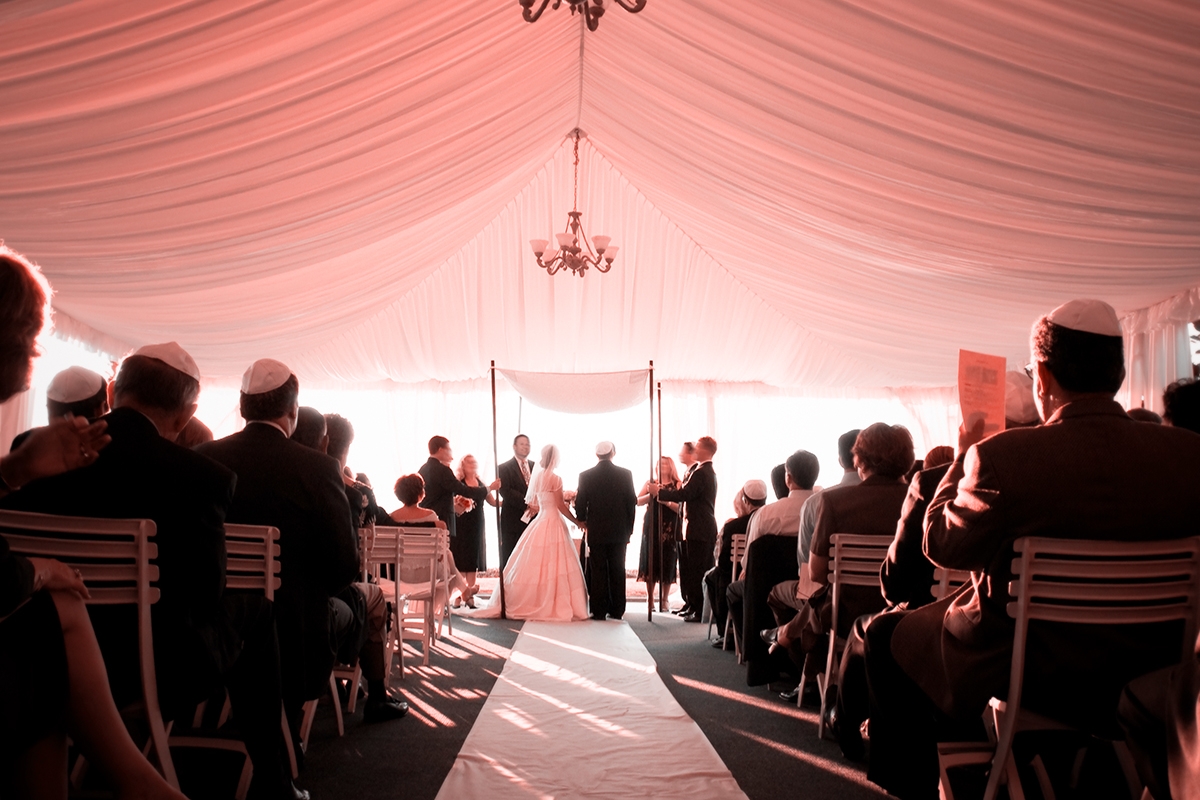 I am a product of a Jewish day school education, eight years of Jewish summer camp, and a Conservative Jewish upbringing. Finding a Jewish partner to marry and have Jewish babies with was in my DNA, as was tikkun olam. So it came as a huge shock to me that throughout my 20s and early 30s, not once was I attracted to a Nice Jewish Boy.

I had been on dating apps for eight years seeking my bashert. I dated a series of awful Jewish and non-Jewish men. One guy, definitely not Jewish, told me he was “legally” still married — after we had been dating a year. Oy.

As I dated more non-Jewish men, I created this narrative in my head: “Well, at least I’ll raise my children Jewish.” But here’s the thing: You can’t guarantee this unless you find a partner who’s spiritually on the same page as you are, and even then there’s no guarantee.

I remember sitting at dinner with my Jewish parents when we inevitably ended up talking about my love life. Ugh. But instead of shutting down the conversation and drowning my singledom in dirty martinis, I finally spoke out loud to the universe and my parents exactly what I was looking for in my partner.

“No,” I said, “my partner did not need to be Jewish. They needed to keep up with me, be kind, have confidence and hold their own in a room, and be generous with their money and their time.”

The list went on but I was clear: No, being Jewish was not a prerequisite; he just needed to be open to the idea of raising our children Jewish. That last part seemed to satisfy my parents’ heartfelt desire for a future grandchild’s bar/bat mitzvah.

Then, a month later, I started talking to somebody on the dating app Hinge. Jeff messaged me four times before I gave him the time of day. The rabbinical school student’s first message was “Shabbat shalom!” and I couldn’t roll my eyes hard enough. So cliché. I finally gave him my phone number and he asked me out.

As I walked into the bar to meet him, I remember seeing Jeff and having this strangely comfortable feeling of “Oh, there he is,” as if I recognized him from somewhere else. And not just a recognition of “Phew! He looks like his photos!” but a deep, soul level recognition.

My next thought was “That’s not a rabbi!” as I scanned this bald and bearded ginger, with his Chuck Taylors, Ray-Ban sunglasses on the table, jeans and plaid buttoned-down. And wait a minute, was that an earring in his left ear? We perused the menu and then I popped the question: “Do you keep kosher?” I held my breath as I waited for the answer.

It wasn’t that I actively sought out pork, but I definitely enjoy good food experiences and sometimes that includes mixing milk with meat. Would this be a new level of guilt and self-consciousness if we dated? And what if one day we ended up getting married and had to register for two sets of dishes? Would I have to change who I was to date a rabbi?

“No, I don’t keep kosher,” he told me. “What are your thoughts on chicken wings?”

I was embarrassingly giddy as my dream of eating cheeseburgers together remained alive and well.

We hit it off and laughed our asses off the entire night. Drinks, dinner, and then I invited him to ice cream.

On our second date, breakfast on the morning before Rosh Hashanah, Jeff invited me to the High Holiday services he was leading. Immediately I started to freak out and thought, “I’ve NEVER been attracted to a Jewish man … am I really about to date a rabbi?!” I liked this guy. Really liked him. But I was definitely not ready to see him “be a rabbi” before our third date. I thanked him for the invite and told him I already had plans.

So, instead, I stood miserably at services held at the Writers Guild Theater in Beverly Hills with my only Jewish girlfriend who I could convince to go with me. We were less than moved by the sermon, and both of us plotzed as we stared at the mechitzah, a floor to ceiling curtain separating the men and women. ​So when Jeff invited me to Yom Kippur, I accepted his invitation.

The night before, I bailed on Kol Nidre services and opted for a completely dramatic and totally unnecessary existential crisis. It was basically the “OMG does he keep kosher?!” conversation on steroids: Where should I sit/stand? What should I wear? Should I look sexy? No, it’s Yom Kippur, idiot. OK, maybe just a little sexy. Should I give him a kiss on the cheek when I see him? No, a hug is probably better. Am I really dating a ​rabbi​? Am I ready to see him ​be​ a rabbi?! Am I Jewish enough for a Reform rabbi? Am I ​too​ Jewish for a Reform rabbi? Maybe I shouldn’t go. I think I’m coming down with something. I’ll text Jeff.

I told him I wasn’t feeling well and didn’t think I’d make it to his service. He seemed disappointed but understood, and then he sent me one of my favorite texts ever: a photo of a ring on a middle finger that said “גם זה יעבור,” which in English means, “This too shall pass.” I realized how dumb I was being and how badly I needed to get out of my head. I liked this man, and I would have liked him regardless of the fact that he was a rabbi, or even Jewish for that matter. I went to the service and was very glad I did.

He must have really liked me, too. And two years later, he proposed … in Israel. SO cliché. The author and her rabbi fiance

Both Jeff and I being Jewish makes our lives easier, though it completely and unequivocally does not matter. It wasn’t Judaism that brought us together. It’s the connection we have, the values we share, the families we come from, the love we have for each other and the people we have become that will make our marriage work. To quote his Rosh Hashanah sermon this year, “Love isn’t Jewish, love is love.”

I know now that I am absolutely “Jewish enough” to marry a rabbi. I’m not great at baking challah, but I’m learning. I sit with our community, where they’ll occasionally witness me sticking my tongue out at my rabbi fiance when we make eye contact during services. I wear whatever I want and at Rosh Hashanah services this year, my friend said I looked “rebbetzin chic.”

Looks like I’m on my way to becoming a solid rabbi’s wife, which, as it turns out, means I just get to be me.