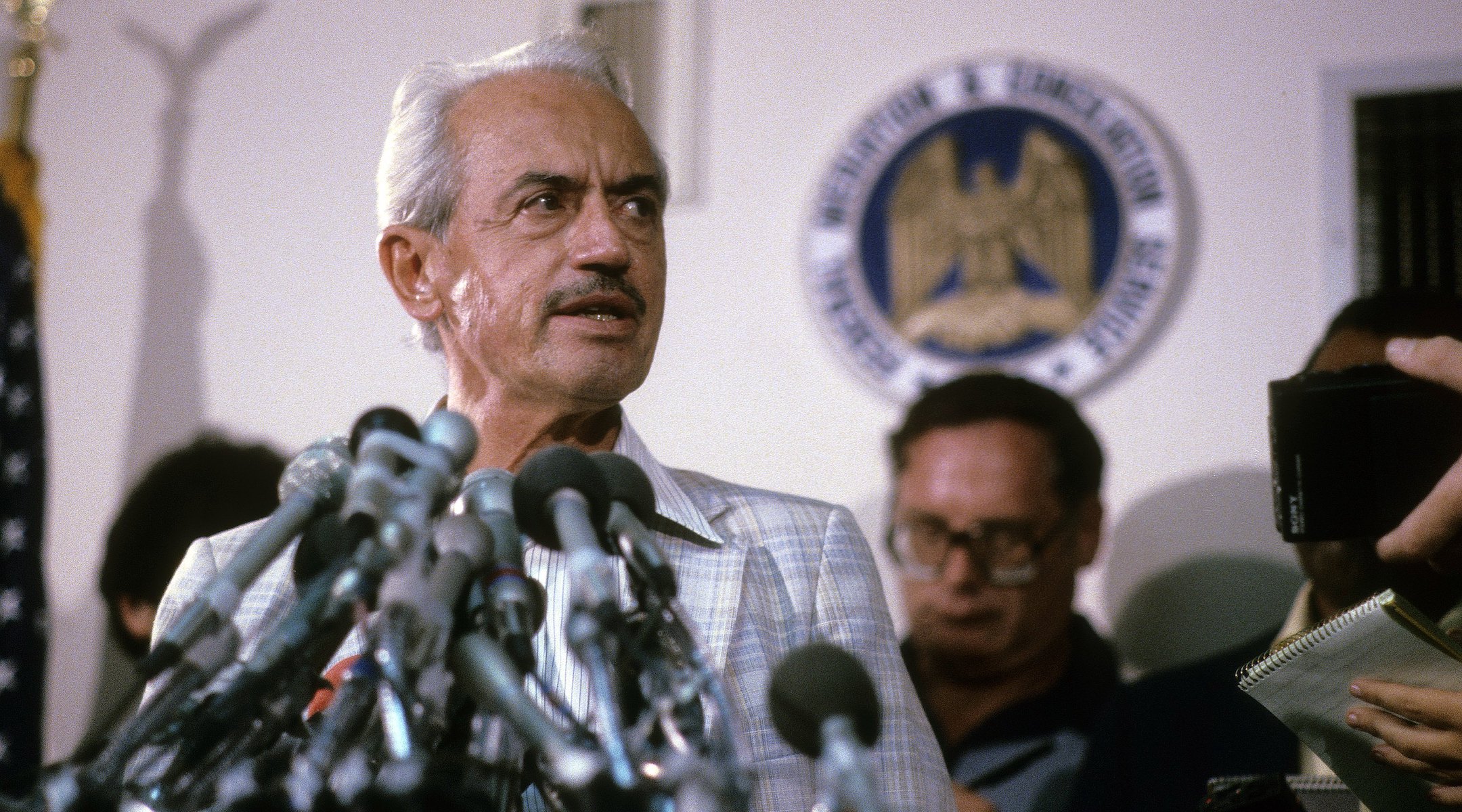 Marvin Miller at a press conference in the mid-1970s. (Focus on Sport/Getty Images)
Advertisement

(JTA) — Marvin Miller not being a member of the National Baseball Hall of Fame has been considered an injustice in the sport’s circles.

On Sunday, that wrong was righted for a man who revolutionized the game not on the field but in the conference room.

The Modern Baseball Era Committee opened the doors to Cooperstown for the late founder and leader of the Major League Baseball Players Association, the Jewish son of a Lower East Side salesman and schoolteacher who took on and defeated the wealthy owners.

It was under Miller’s sway that major leaguers were granted free agency rather than be tied to one team, spurring enormous growth not only in their salaries but in the game. Miller, a member of the National Jewish Sports Hall of Fame, also introduced salary arbitration.

The average baseball player now makes $4.36 million a season, with some contracts reaching over $300 million over their span. The owners are doing OK, too — baseball is now an $11 billion a year industry.

Miller, a Brooklyn native who served as union chief from 1966 to 1982, died in 2012 at 95. After falling short in the Expansion Era Committee vote for the Hall of Fame in 2011 – one of the seven times he didn’t make it before this weekend – Miller asked that his name no longer be placed under consideration.

But it was, and 12 of the 16 members of the Modern Baseball Era Committee – former players, veteran executives and media members – gave Miller the 75 percent needed to get in.

“Players are pleased that Marvin will now take his rightful and long overdue place in the Hall of Fame,” said current MLBPA executive director Tony Clark, “in recognition of the monumental and positive impact he had on our game and our industry.”

The panel also voted in Ted Simmons, an eight-time All-Star catcher for the St. Louis Cardinals and Milwaukee Brewers. Both will be enshrined in the upstate New York museum in July.