One of the Jersey City shooters was a Black Hebrew Israelite. Here’s what you need to know about the movement. 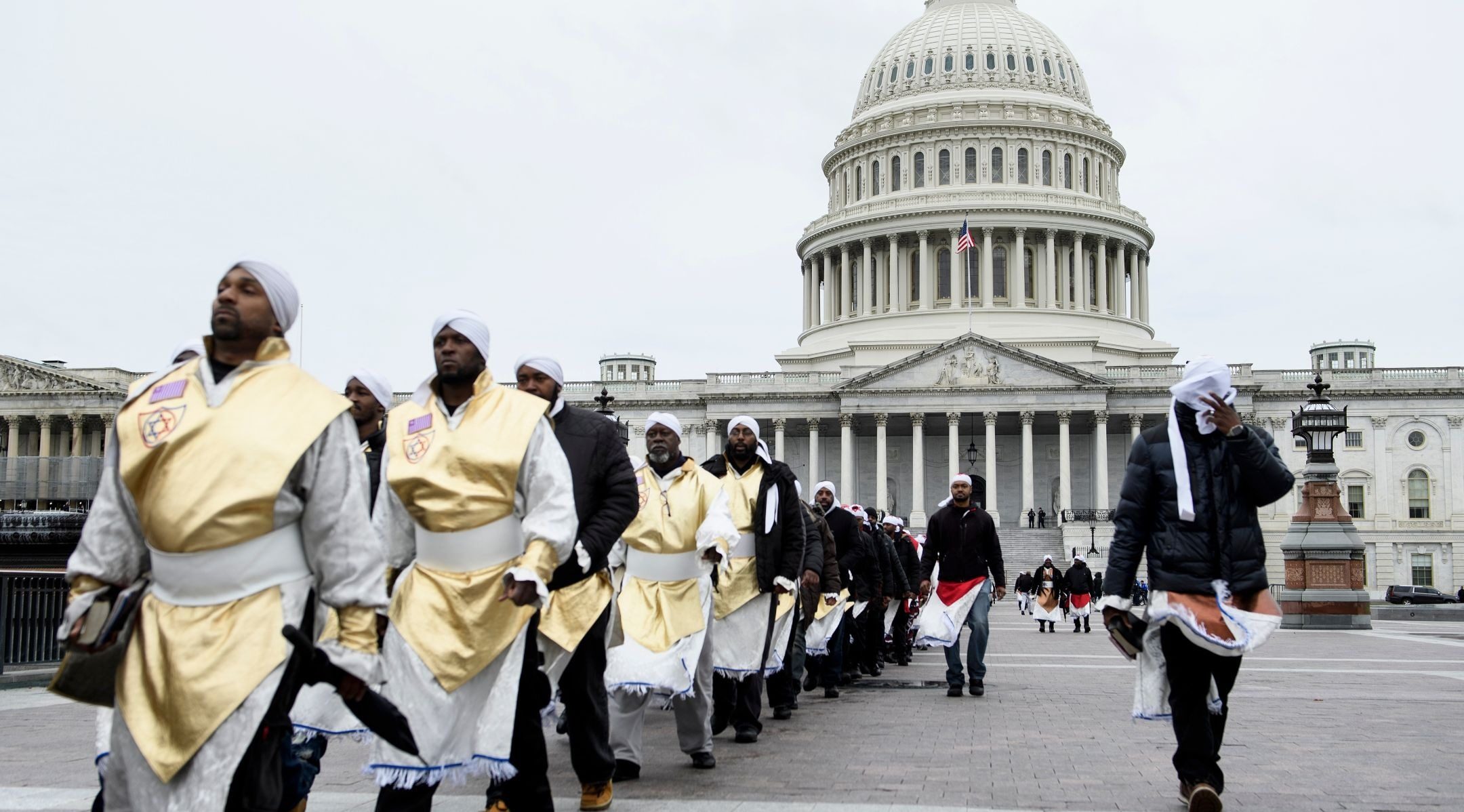 (JTA) — Police have identified one of the dead suspects in a shootout at a kosher market in Jersey City as David Anderson, who reportedly was once a member of the Black Hebrew Israelites.

Here are some things to know about the movement.

Black Hebrew Israelites can refer broadly to people of African descent who claim to be descended from the biblical Israelites and practice certain Jewish rituals. The movement emerged from a stream of late 19th-century black nationalism that claimed African-Americans were the true descendants of the ancient Hebrews. Some estimates put the number of adherents in the tens of thousands, and the various member groups vary in ideology and outlook. Those differences are manifest in their views on Jews, with some seeking mainstream Jewish community acceptance, while others see their identity as separate from Judaism.

Not generally. The Southern Poverty Law Center classifies some Black Hebrew Israelites as a hate group, naming one branch in particular, the Israelite Church of God in Jesus Christ. A 2008 report from the center warned that extremism within the movement was on the rise.

“Although most Hebrew Israelites are neither explicitly racist nor anti-Semitic and do not advocate violence, there is a rising extremist sector within the Hebrew Israelite movement whose adherents believe that Jews are devilish impostors and who openly condemn whites as evil personified, deserving only death or slavery,” the SPLC said.

Are they the guys yelling on street corners?

Sometimes. Extremist Hebrew Israelites can be found on street corners literally shouting their doctrine, which can include Holocaust denial, misogyny and anti-LGBTQ invective, at passersby. They are especially visible in major Northeastern cities like New York, Philadelphia, Baltimore and Washington, D.C., as well as in Florida and some Southern states.

Don’t Hebrew Israelites have a community in southern Israel?

One part of the wider Black Hebrew Israelite movement began arriving in Israel in the late 1960s, where they settled in the Negev Desert town of Dimona. There were tensions at first between Israeli authorities and the group, but these have been mostly resolved. In recent years, members of the group have become citizens and integrated into Israel’s diverse music scene.

Yes. Rabbi Capers Funnye, who has led the International Israelite Board of Rabbis and is a cousin of the former first lady, is the chief rabbi of the black Jewish community. He also leads Beth Shalom B’nai Zaken Ethiopian Hebrew Congregation in Chicago. Uniquely among Hebrew Israelite rabbis, Funnye has embraced mainstream Jewish beliefs and cultivated a relationship with the mainstream American Jewish community.

What’s the connection to white nationalism?

There is none. Extremist Black Hebrew Israelites hate whites. But some have claimed that the rise of far-right groups is empowering black extremists.

The Southern Poverty Law Center told the Forward last month that black extremism, manifest through groups like Black Hebrew Israelites, is feeding off the rise in white nationalist extremism and attracting recruits. Tom Metzger, a white supremacist leader, once called the movement “the black counterparts of us.”