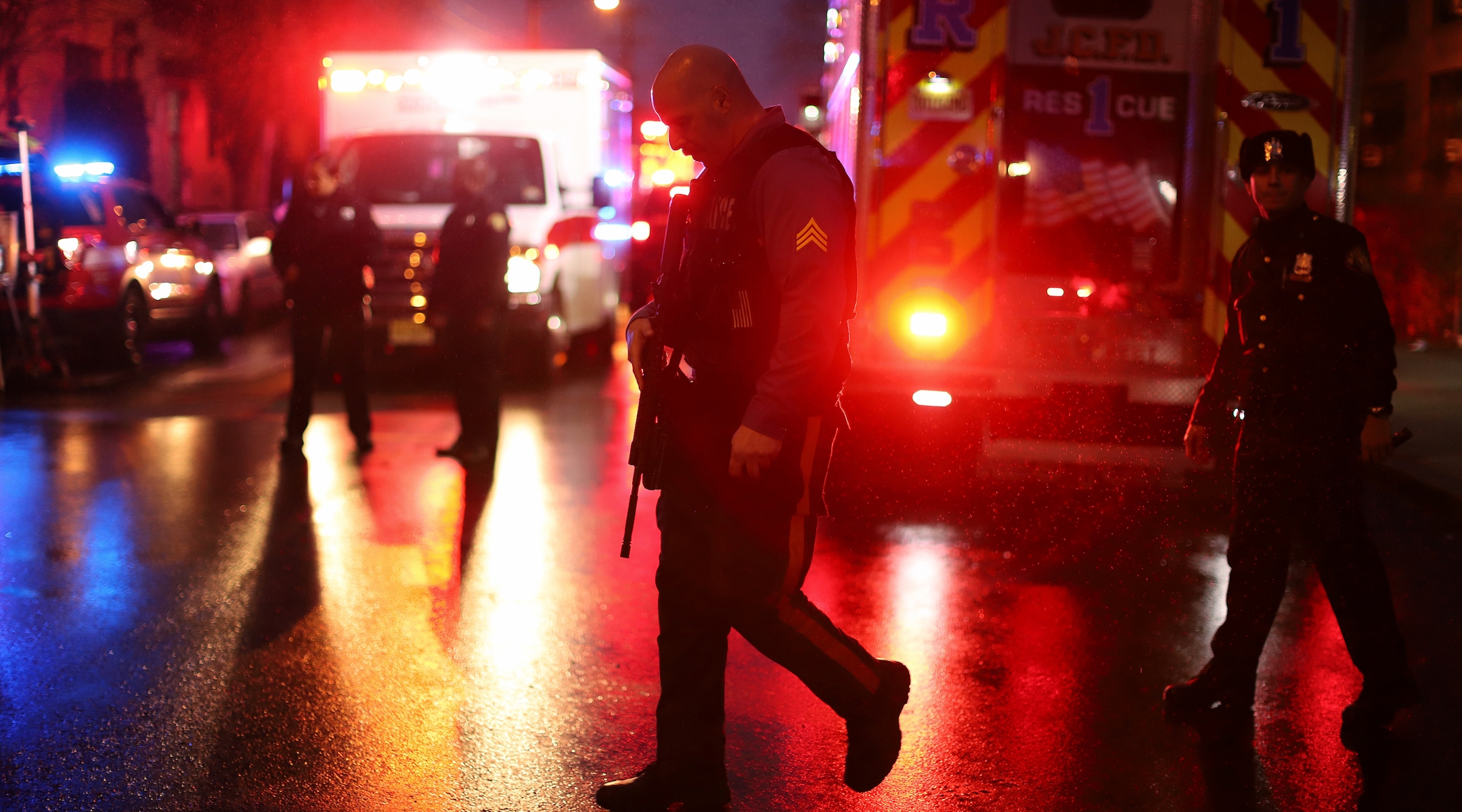 (JTA) — The two shooters who targeted a kosher supermarket in Jersey City for attack after killing a police officer have been identified.

WNBC-TV in New York reported Wednesday that the shooters were David Anderson and Francine Graham. Both were killed in the shootout with police at the JC Kosher Supermarket on Tuesday afternoon.

Anderson was once a follower of the Black Hebrew Israelite movement, sources told WNBC. Members of the community believe they are descendants of the tribe of Judah. Various groups vary widely in their connection to Judaism and Christianity.

Online postings connected to Anderson’s social media accounts contained anti-Semitic material. Investigators could not yet confirm if Anderson wrote the material himself.

Jersey City Mayor Steven Fulop announced Tuesday night that evidence led officials to believe that the market was specifically targeted, but a specific motive had not been announced as of Wednesday morning.