10 years after the founding of the first Orthodox school to train female clergy, what’s actually changed? 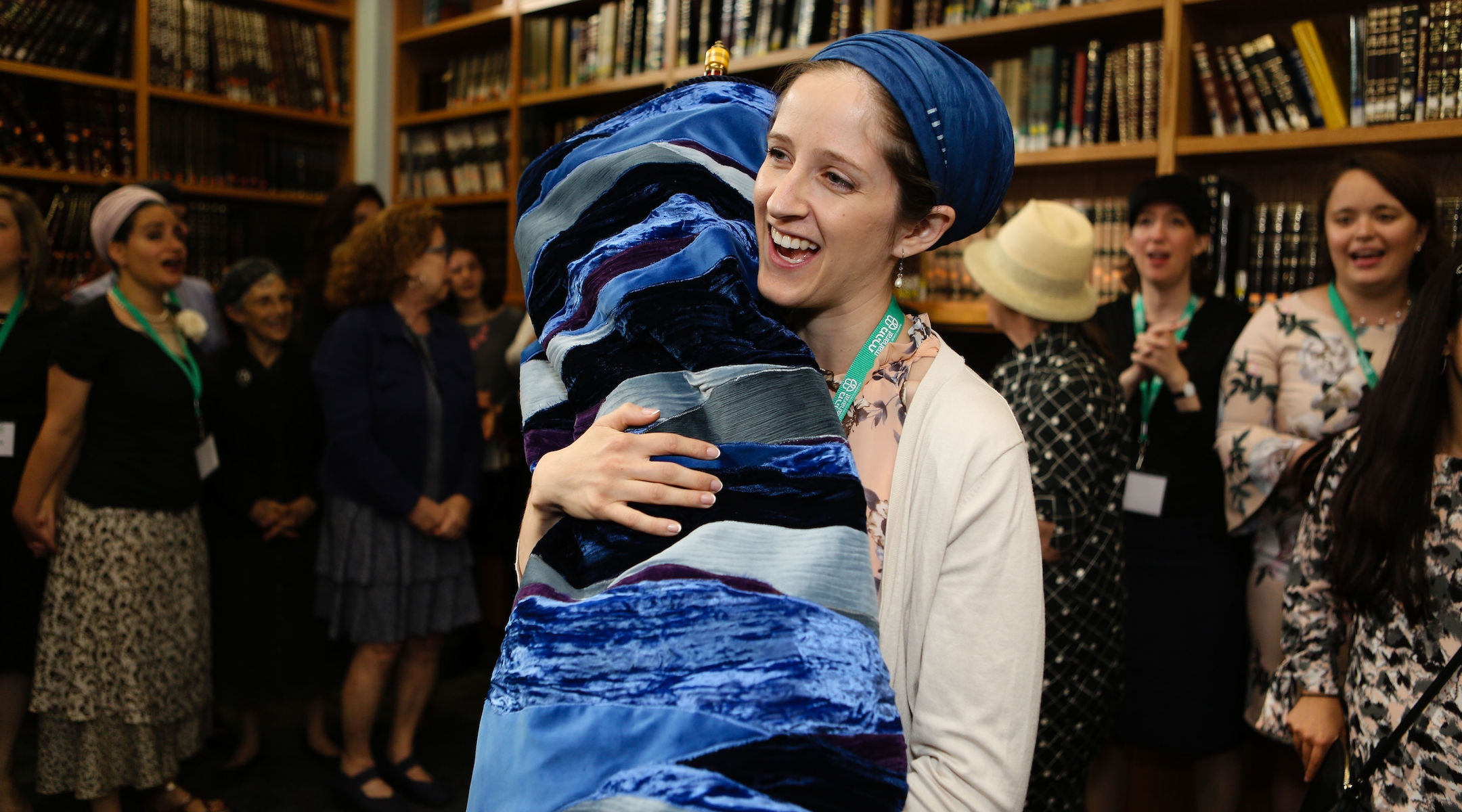 NEW YORK (JTA) — Growing up in a Modern Orthodox community in South Africa, Sara Hurwitz never imagined that she would one day become a clergy member.

The Conservative and Reform movements have been ordaining female rabbis for decades. But in the Orthodox world, women are barred from many ritual roles and all American seminaries decline to confer the title of rabbi on them.

“I never thought being a rabbi was an option,” Hurwitz said. “It just wasn’t imaginable.”

But in 2009, Hurwitz made waves in the Orthodox community when she received ordination from Avi Weiss, a prominent liberal Orthodox rabbi. The ordination followed months of rumors about whether Weiss would take the controversial step of calling Hurwitz a rabbi — a move he ultimately declined to make, instead creating the title of maharat, a Hebrew acronym for “halachic, spiritual and Torah leader.”

That year, Weiss and Hurwitz went on to found Yeshivat Maharat, an Orthodox seminary that trains women as spiritual leaders. Ten years later, 33 women have graduated from the school, including eight this summer — its largest class ever. All but one of the 33 are employed, according to the yeshiva.

Yeshivat Maharat has been the target of much criticism.

Weeks before its first ordination ceremony in 2013, the school was condemned by the Rabbinical Council of America, the main Modern Orthodox rabbinic association, of which Weiss himself was then a member. (He resigned in 2015.) The RCA later formally barred its members from ordaining or hiring female clergy, regardless of title.

In 2017, the Orthodox Union, which counts among its members more than 400 Orthodox synagogues across North America, adopted a policy prohibiting its synagogues from hiring female clergy.

“Early on, I would meet lots of people and they would say, ‘Oh, I’m really uncomfortable with this, but you don’t seem so bad,’” said Maharat Rori Picker Neiss, 33, a 2014 graduate who works as the executive director of the Jewish Community Relations Council of St. Louis.

Despite the pushback, many graduates say there are plenty of reasons to be hopeful.

“I think there’s a real generational shift going on, where people my age have grown up in a world where women are learners,” said Leah Sarna, a 2018 graduate. “And therefore to say these women who are learners should also be teachers and should be teachers in whatever settings exist in which people learn Torah — whether that’s synagogues or schools or Hillels, or adult education places. It just seems obvious.”

Like Hurwitz, Sarna, 27, grew up in the Modern Orthodox community and never thought she could become a clergy member. She now works as the director of religious engagement at Anshe Sholom B’nai Israel Congregation, an Orthodox synagogue in Chicago. 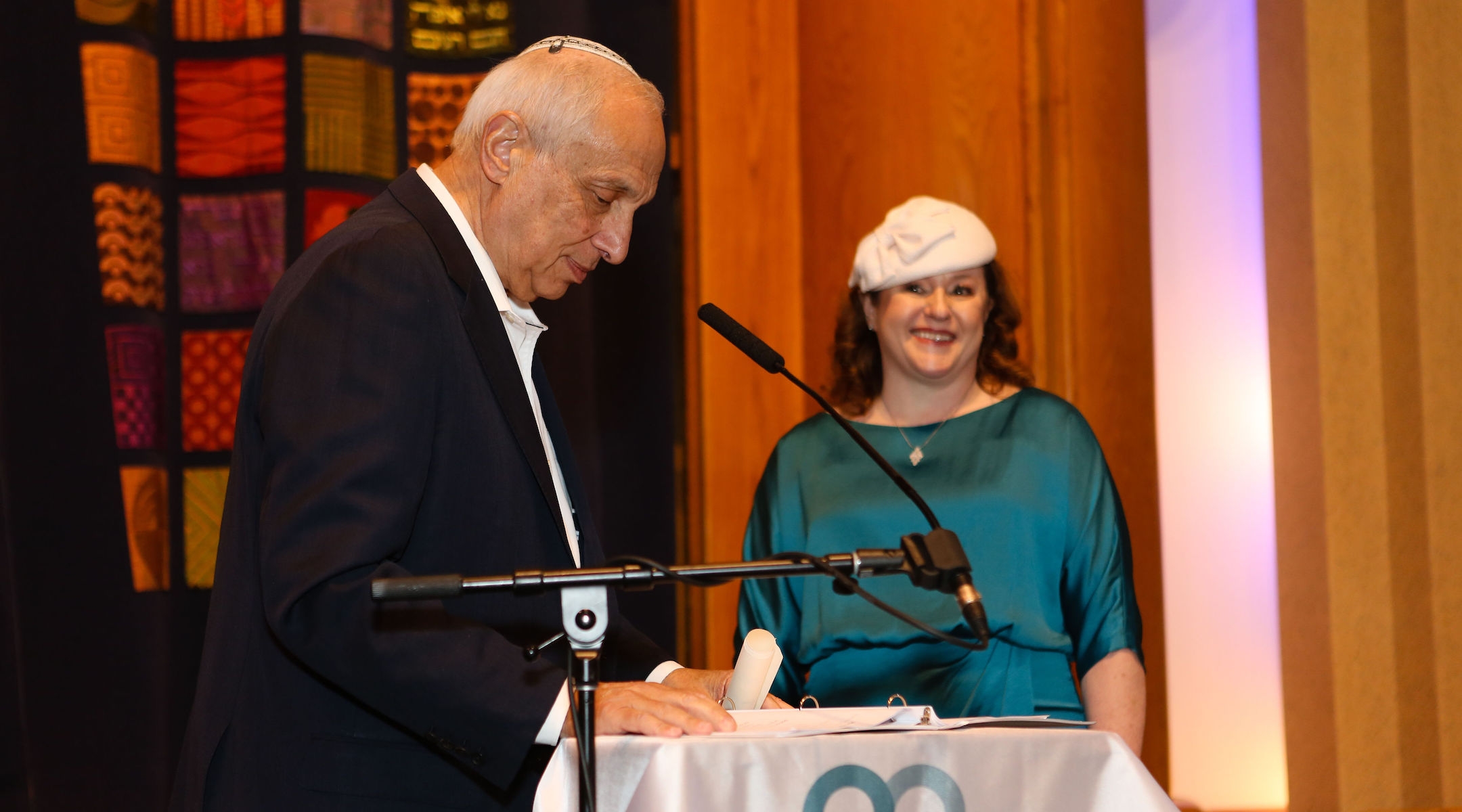 Graduates of Yeshivat Maharat get to choose their own titles. Sarna picked “rabbanit,” the Hebrew term traditionally used for a rabbi’s wife. The most popular choice is “rabba,” a feminized version of rabbi that Hurwitz ended up taking a year after her ordination. Others go by “rabbi,” “maharat” and “darshanit.”

Slightly more than a quarter of graduates — nine women in total — currently work in synagogues. The rest have a range of jobs, from educators to organizational leaders to chaplains.

The synagogue jobs are the ones that often stir debate. In February, Rabbi Marianne Novak, a 2019 graduate, was working as a rabbinic intern at an Orthodox synagogue in New Jersey when the local Orthodox rabbinical council voted to bar its rabbis from hiring female clergy.

Novak, 51, said the controversy did not affect her work.

“I got a lot of emails from people I didn’t even know that they felt terribly,” she said. “But honestly, when I was there in the synagogue giving a drasha [teaching] or giving a shiur [class] or listening to people or just functioning in that role, it was totally fine and lovely and wonderful.”

“I never thought that every member of the Orthodox community was going to accept female Orthodox clergy,” Hurwitz said. “But I do believe that there are enough communities and enough synagogues and enough jobs that are thirsting for and yearning for female leadership and female clergy.”

Jenna Englender, who works as a Jewish law adviser at Congregation Etz Chayim in Detroit, said that few people she encounters in the Midwest know about the program and the debate surrounding it.

“It’s not yet so mainstream here in the middle of the country and in out-of-town communities that it’s a natural part of the conversation,” said Englender, 29, who graduated in 2019. “But it also means there isn’t some of the charge that comes with the discussion in New York, where everybody has kind of heard about it and thought about what side they’re on.”

Even within the liberal Orthodox world, female clergy members face a number of limitations on the religious duties they can perform. Orthodox synagogues require a quorum of 10 men, known as a minyan, to say certain prayers, for example. A female clergy member would not count toward that number like her male counterparts.

“On a day when we don’t have a minyan and I’m there and I don’t count towards it, of course that is a little bit unpleasant,” Sarna said. “But that, to me, that’s the price of being a member of the Orthodox community. And to me it’s worth it because this community is so special.”

Maharat Ruth Balinsky Friedman, a member of the first graduating class at Maharat who now works as a clergy member at Ohev Sholom-The National Synagogue in Washington, D.C., said she tries not to focus on those issues.

“I don’t see it as my fight right now,” she said. “It’s not something I can do alone, and you can either live every day with that frustration or you can just own it and say, ‘If I don’t count in a minyan, then yeah, I am going to just be with my kids or whatever it is.’”

Looking ahead, some graduates worry about the next steps in their careers. While some Maharat graduates lead communities on their own, those who serve in synagogue roles mainly do so under the direction of a senior male rabbi. It’s unclear whether such senior positions will be open to Maharat graduates in the future.

“If I were a man, that would be obviously where I was headed,” Sarna said. “And as a woman that just hasn’t happened yet, and will it happen in time for that to be what I do or what my friends do?”