The rise, fall and rise again of a historically Jewish Chicago neighborhood 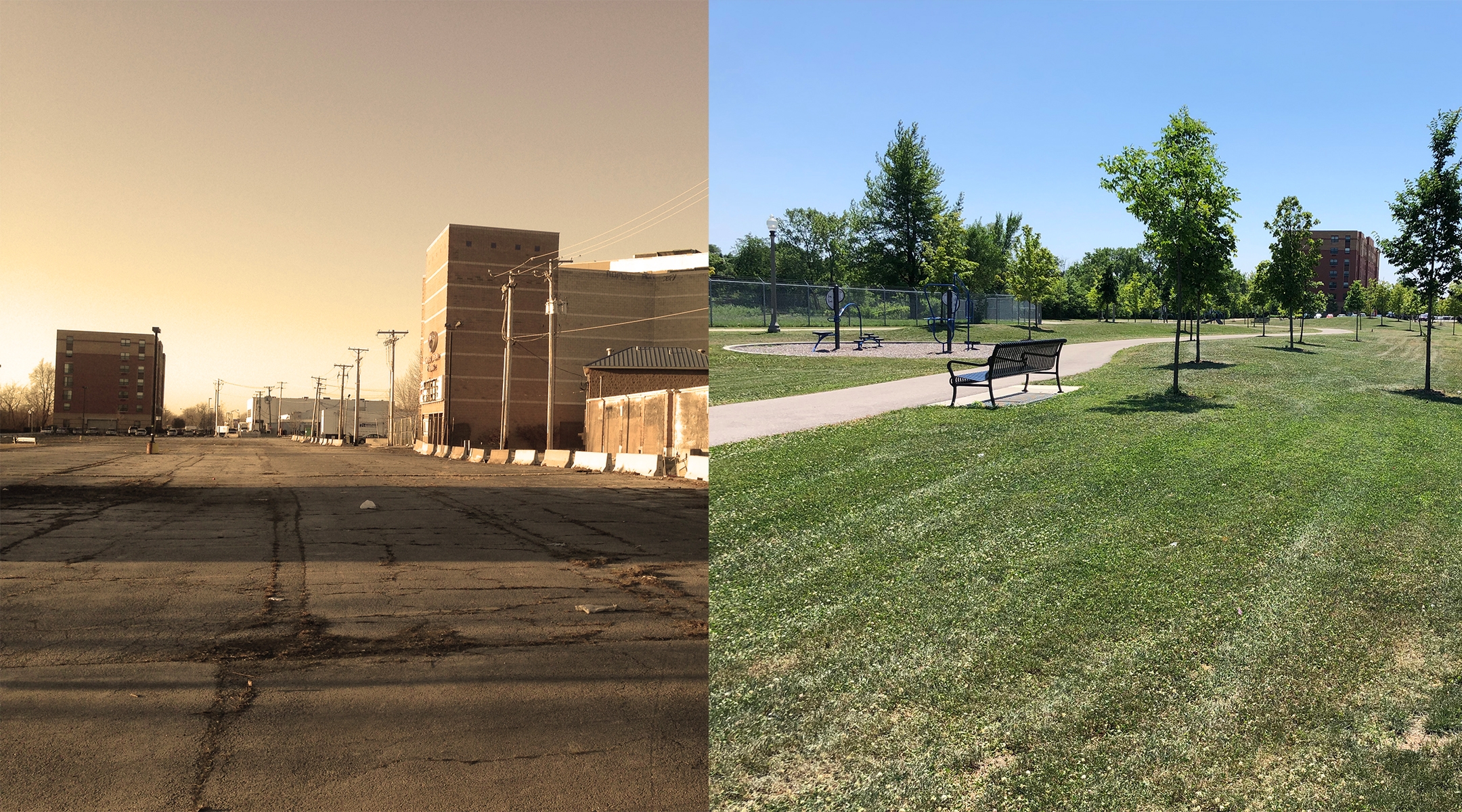 The Jewish Neighborhood Development Council has pushed through a number of urban renewal projects in West Rogers Park, such as turning an abandoned parking lot, left, into a park. (Courtesy of Howard Rieger)
Advertisement

CHICAGO (JTA) — Decades ago, Congregation Ner Tamid would fill to capacity on the High Holidays, spilling over into three separate services to accommodate 1,000 worshippers.

In its heyday, the Conservative synagogue’s red brick building cut an impressive figure on a street corner in West Rogers Park, the first of many local centers of Jewish life to be built in the neighborhood. Nowadays, a remnant of the congregation has merged with a nearby egalitarian prayer group. They meet in a storefront, drawing about 45 people on a regular Shabbat.

The congregation left its building more than a decade ago, but its old street corner is still burgeoning with Jewish life. Today it’s home to Yeshivas Tiferes Tzvi, an Orthodox school for boys that has almost doubled in size in the past decade. Together with its sister school for girls, the yeshiva boasts more than 1,000 students. Principal Rabbi Nosson Muller is already planning a $20 million expansion.

“We’re bursting from our seams already,” Muller said. “There’s a recognition from the lay leadership that we have to up our game.”

That street corner tells the story of this historically Jewish district, which has seen its Jewish population rise, fall and begin to rise again through an influx of mostly haredi families, also known as ultra-Orthodox.

At the community’s peak in the early 1960s, West Rogers Park had some 47,000 Jewish residents, according to “Driving West Rogers Park,” a 2017 documentary. By 2000 that had plummeted to 20,000, according to the Chicago Jewish News, while other ethnic communities moved in. Current estimates say the Jewish population is back up to approximately 25,000 and growing.

“I don’t think the issue was ever that West Rogers Park was going to die as a neighborhood and be abandoned, but it was going to die as a Jewish neighborhood,” said Howard Rieger, a former CEO of the Jewish Federations of North America. Rieger, who grew up near West Rogers Park, then applied his community organizing skills to the area’s Jewish renewal, serving until this year as the president of the Jewish Neighborhood Development Council of Chicago, a local community group.

“Our mission has been to preserve a Jewish neighborhood in the context of a very diverse community,” he said. 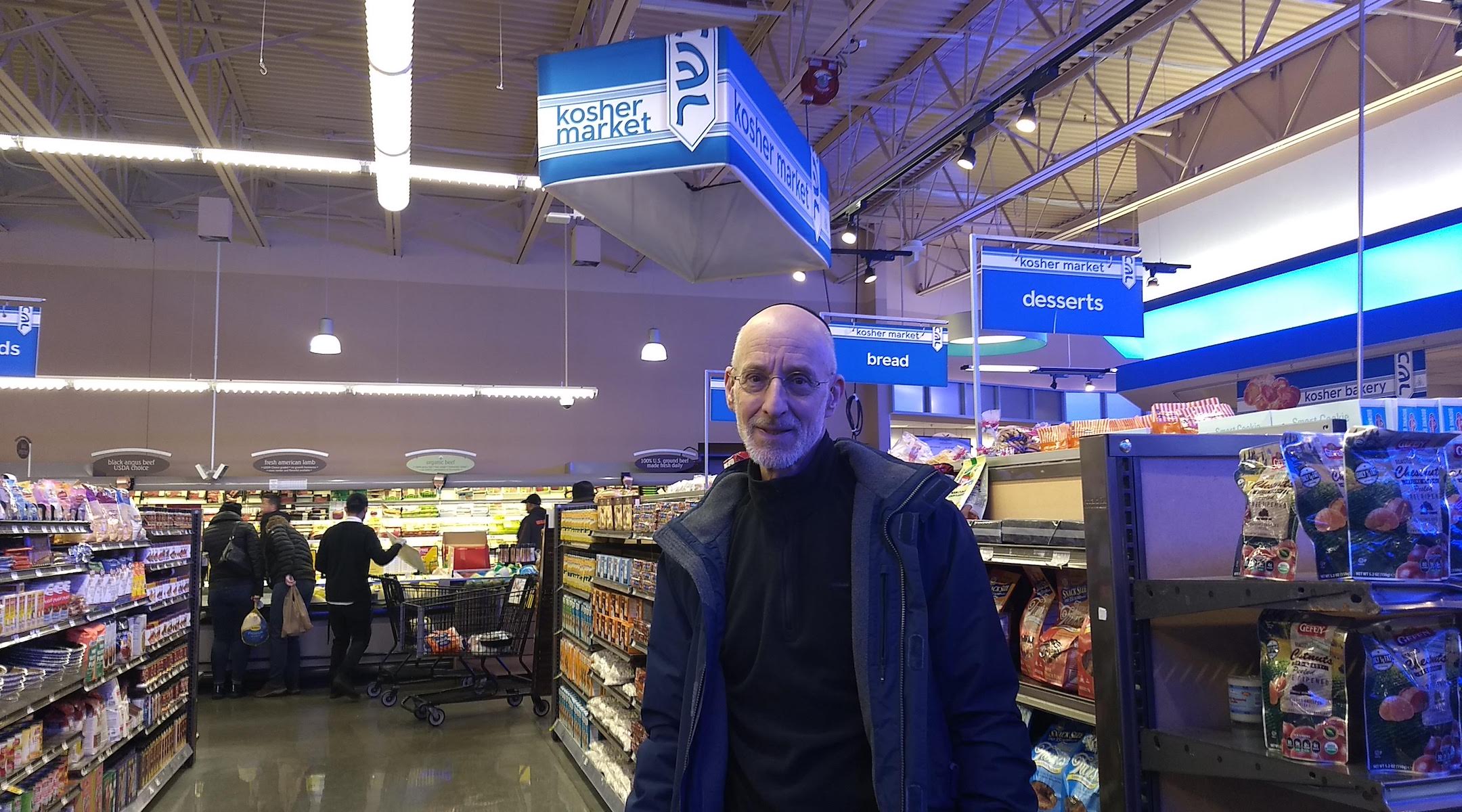 Howard Rieger, a former CEO of the Jewish Federations of North America, stands in a new kosher section in a grocery store adjacent to West Rogers Park. He served  as president of the Jewish Neighborhood Development Council. (Ben Sales)

Located on the northern end of Chicago and also called West Ridge, the neighborhood is quiet and residential. The Jewish population boomed in West Rogers Park in the 1930s as people moved from older and more crowded Jewish neighborhoods to the south and west. A generation later, Jews moved farther north to the suburbs, eventually taking some of their institutions with them.

“After World War II they wanted a home of their own,” Irving Cutler, author of “The Jews of Chicago,” said in a 2010 interview on a local Jewish TV program, explaining that the GI bill offered low interest rates for single-family homes. “Most of them moved north into Albany Park, West Rogers Park, Rogers Park, and they kept moving into [suburbs like] Skokie, Lincolnwood. And they’re still moving further north and northwest, especially.”

Devon Avenue, the main commercial thoroughfare, used to be full of Jewish-owned businesses. Rosenbloom’s, the largest Judaica store in the area, left in 2010. Nearly a decade later, its storefront is still vacant.

Some Jewish spots remain on a segment of Devon that is still honorarily called Golda Meir Boulevard. Tel Aviv Kosher Bakery, for example, stands between Dehli Darbar Kabab House and Anmol Barbecue Restaurant, a Pakistani halal place. Devon is also home to the first location of Patel Brothers, a national Indian grocery store chain. Zoom out a little on Google Maps and Devon is covered by the words “LITTLE INDIA.”

“People used to come for women’s dresses for weddings and bar mitzvahs,” said Rabbi Burton Wax, a former owner of Rosenblum’s who worked in the Jewish book business for 45 years. Now, he said, “There’s very little there in terms of Jewish businesses.”

Today, the Jewish institutions that dot the neighborhood are schools, social service agencies and synagogues — 27 synagogues, to be exact, nearly all of them Orthodox. In 1992, the community installed an eruv, a symbolic boundary that permits observant Jews to carry objects in public on the Sabbath, spurring observant families to move in. In 2016, a sprawling new Jewish Children’s and Family Services building opened. Ida Crown Jewish Academy, a coed Orthodox high school, moved out of the neighborhood that year and was replaced by the Veitzener Cheder, a Hasidic school.

Transplants to the neighborhood, like Muller and the district’s alderman, Debra Silverstein, said families are drawn by the neighborhood’s intimate atmosphere, a quieter life and lower prices than they may find in New York, combined with a wealth of Orthodox Jewish institutions.

Silverstein, who unseated the incumbent alderman in 2011, has focused on sprucing up the neighborhood’s physical appearance, including widening Devon’s sidewalks, installing new lights and filling potholes. She has also made sure that on Shabbat, there is no city construction work in the neighborhood and police run extra patrols near synagogues. Silverstein also arranged for extra garbage pickup during the Muslim holiday of Ramadan following the traditional large evening meals for the monthlong observance.

“We’re working together to create an environment that’s nice for people to live with their Jewish faith,” she said. “Devon Avenue was looking a bit rundown and dirty, and we were able to clean it up.”

Rieger’s Jewish organization has also spearheaded projects to improve what he calls the neighborhood’s “public face.” He organized a protest to get the city to deal with an abandoned movie theater and the surrounding overgrown parking lot. Today the building is a working storage facility and the former parking lot is a park.

Rieger also lobbied officials to clean up a park and nature trail, and to link two disconnected halves of a walking path with a pedestrian bridge that’s currently under construction. He was also part of a group that successfully pushed for a new library in West Rogers Park. His next goal: a new fire station.

He said it’s important to maintain the local Jewish community because so many brick-and-mortar institutions already exist here and because having a Jewish neighborhood in Chicago’s city limits helps the larger Jewish community maintain clout in the city.

“We’re protecting an investment,” Rieger said. “I see us as the communal insurance policy.” 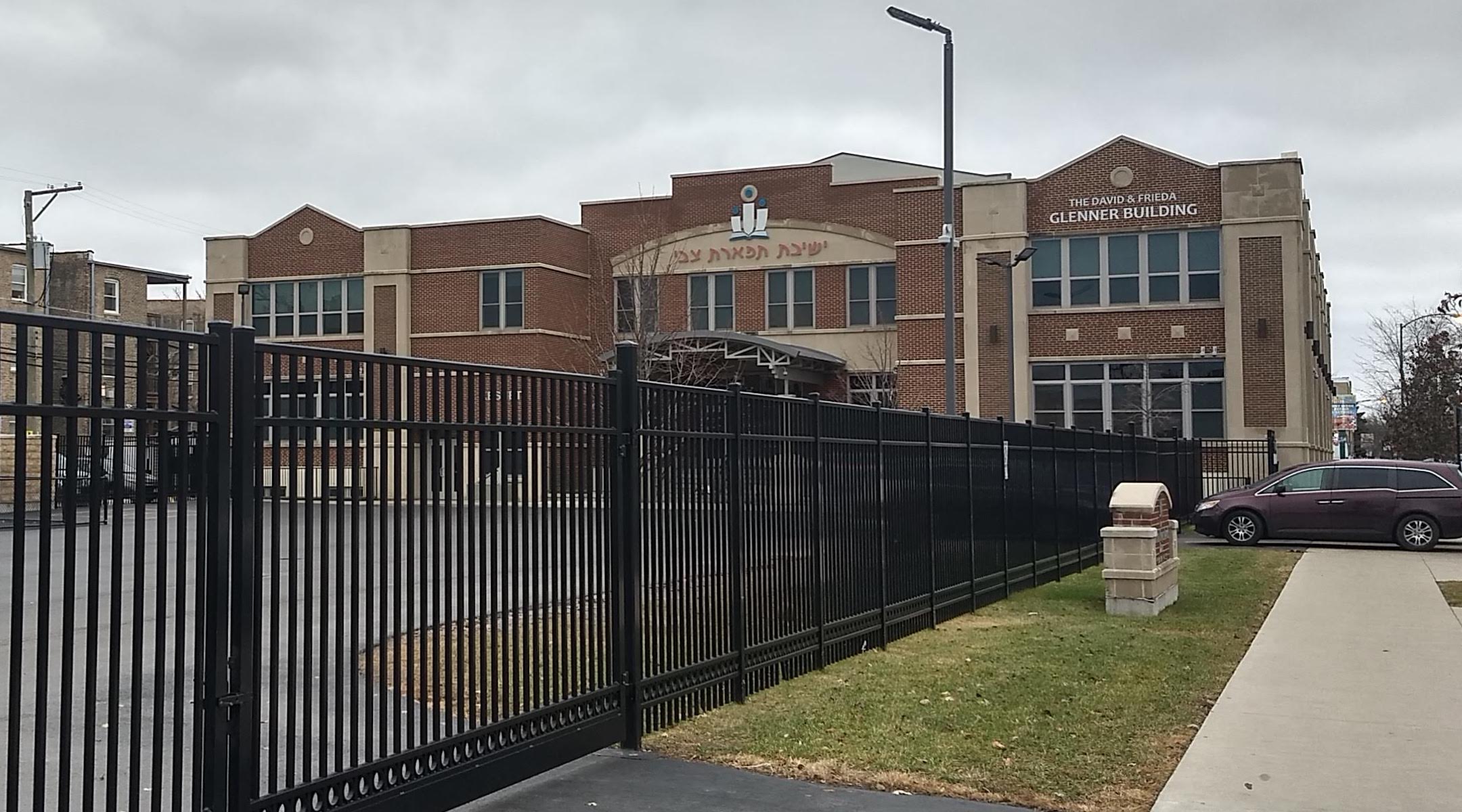 One thing longtime residents note is the lack of internal Jewish diversity in the neighborhood, which had Orthodox, Reform and Conservative communities half a century ago. Now the only active non-Orthodox congregation is the egalitarian Mah Tovu.

“People who wanted to send their kids to public school mostly wanted to move to the suburbs,” said Sam Fox, a former president of Mah Tovu. “This neighborhood has not been an attractive one for young families unless they were frum and wanted to be close to the frum institutions,” he added, using a Yiddish term for Orthodox observance.

In a sense, Jewish diversity has been supplanted by interethnic diversity. Fox related that his neighbors include Chaldean Iraqi, Irish and Japanese families. Although residents say there isn’t a lot of interaction among the different communities, they all say West Rogers Park is a successful model of a diverse neighborhood where everyone feels safe and comfortable.

Ranjana Bhargava, a longtime resident, said Jewish families have felt comfortable dining at her house because her kitchen is vegetarian. Rieger said religious Muslims, for example, use the local JCC’s separate workout facilities for men and women.

“One of my former colleagues said it’s going to be safe and stable because you’ve got all of those synagogues there,” said Ashish Sen, vice chairman of the Chicago Transit Authority, recalling a conversation he had when he moved to the neighborhood in the 1980s. “The kids are all studying for medical school, so you don’t have to worry about street gangs.”

Indian residents of the neighborhood may be following the Jewish example. Sen said that recent South Asian immigrants have tended to move directly to the suburbs, leaving Devon as a largely commercial center for the community. Branches of Patel Bros. in the suburbs, he said, are much bigger than the West Rogers Park location.

No one in the neighborhood said they expected Jewish West Rogers Park to be what it once was — a religiously Jewish diverse cross-section of synagogues, stores and restaurants. But Rieger said the change is not something to be lamented. He’s happy that West Rogers Park’s Jewish community appears not just to be surviving but thriving.

“What was here in the 1960s and the ’50s — [when] I used to hang out here — it’s never coming back,” he said. “How many Jewish merchants do you have nowadays? People go into the professions, people go into academia. It’s a changing world.”

“We’re not going to see that again. So we have to build the new reality.”