The almost forgotten Jews who helped make the American West 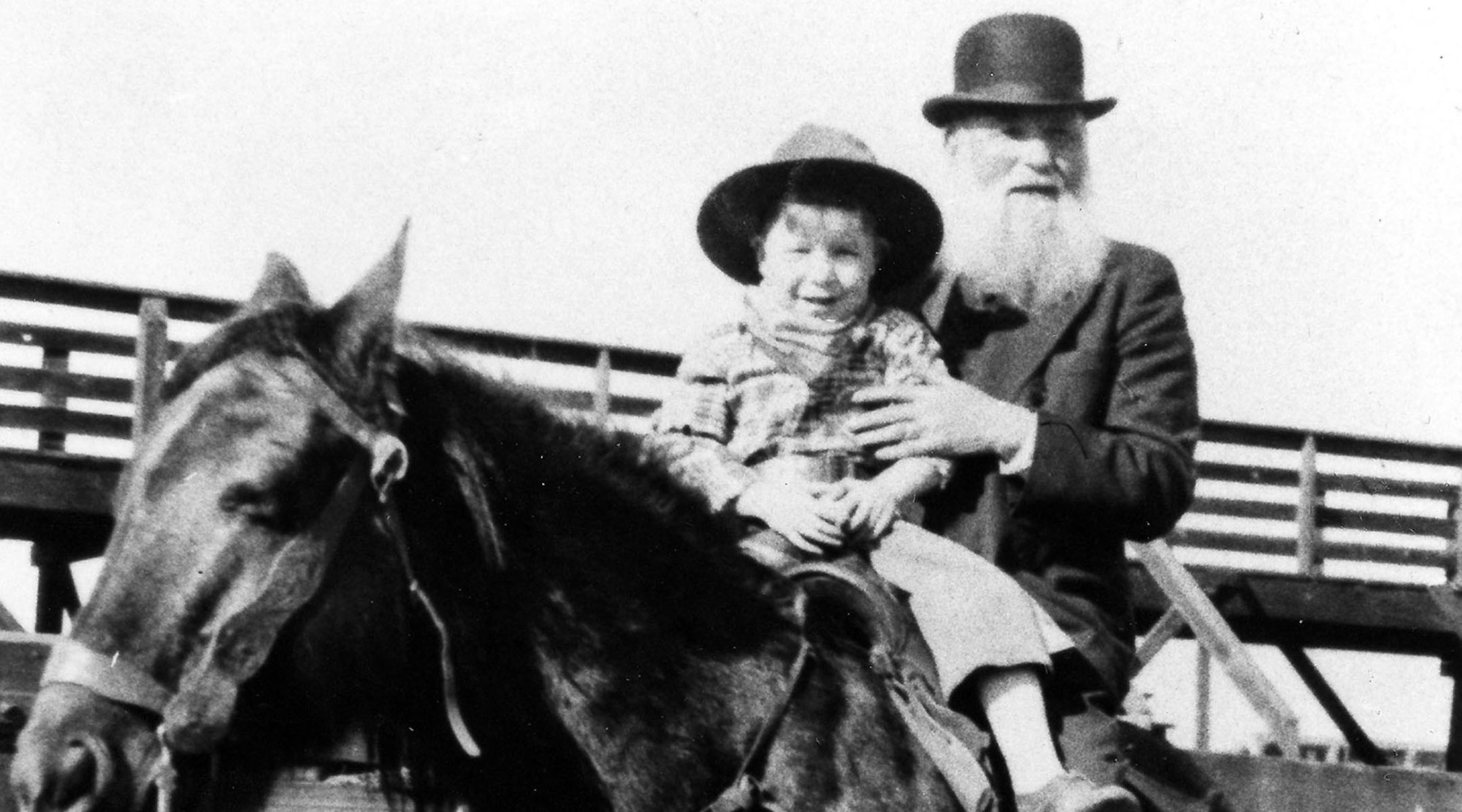 NEW YORK (JTA) — A new documentary about the Wild West covers everything you would expect – gunslingers, cattle barons, lawmen and wide-open spaces. And one thing you wouldn’t: Jews.

“Jews of the Wild West,” from director Amanda Kinsey, shows how Jews were as much a part of the American Western expansion as covered wagons and riveted blue jeans — the latter, of course, invented by a Jew.

Kinsey said their stories resonate because America’s true history is diverse, and immigrants have always played an important role. These particular stories of Jewish pioneers who helped settle the West show how integral immigrants were in building the America that we know today, she says.

“Their stories were sidelined for social, political and economic reasons,” Kinsey said Monday night at a panel discussion at the Center for Jewish History in New York. “But they were visionaries who saw opportunity, who were rooted in family and tradition.”

So how did Jews from the shtetls of Europe end up becoming pioneers on the frontier? If there’s one man to thank for that, it was Jacob Schiff.

After the Civil War, a huge influx of Jews arrived at Ellis Island. They settled on the Lower East Side, started businesses and formed families. But Schiff was worried. If Jews spoke Yiddish all day and never encountered Americans, how could they integrate?

So Schiff started an organization, the Jewish Industrial Removal Office. If you were a Jewish immigrant, and you were sick of living in crowded, filthy tenements, the office would resettle you with a Jewish family out west. Over 75,000 Jews would eventually take up the offer.

Not being satisfied with relocating Jews from the East Coast, Schiff also established a port of entry into the United States through Galveston, Texas. Schiff believed Jewish immigrants could take on the challenge of assimilating.

“Being American is what you feel on the inside,” he said.

Jews spread throughout the United States, taking risks to seek opportunity as the nation pushed westward. In many ways, their stories are interwoven into the fabric of how the West is understood and romanticized.

Take Josephine Marcus. The daughter of Polish immigrants, Marcus was born in San Francisco and ran away from home at 18 to become an actress. She then met the legendary Arizona lawman Wyatt Earp and was captivated by his broad shoulders, blonde hair and blue eyes. It was love at first sight.

Marcus became his common-law wife for over 40 years. After Earp died, she buried him alongside her parents in a Jewish cemetery outside Colma, California.

“We don’t know if Wyatt Earp went to temple,” Ann Kirschner, the author of “The Lady at the OK Corral,” said at the panel discussion. “But we know he went at least once.”

Or take the Miller brothers, whose entrepreneurial spirit was emblematic of the ethos many Jews brought with them to the Old West. After migrating from modern-day Lithuania, the brothers started a butcher shop in Denver.

After being robbed, they sought work in the stockyards, which were similar to the Wall Street stock exchange except traders speculated on heads of cattle rather than corporate shares.

“Also,” Kinsey said, “they conducted their business on horseback.”

The Millers would come to accumulate over 100,000 heads of cattle. After a handshake agreement, cowboys would accompany their herds to the vast tracks of land the brothers had purchased in Wyoming and Colorado, keeping the cattle safe from coyotes, rustlers and bandits along the way.

But the most prominent story of Jewish success in the West was that of Levi Strauss. The Bavaria native became a leader of San Francisco’s Jewish community in the 1800s. Tailor Jacob Davis approached Strauss with the innovative idea of putting rivets in pants, resulting in less wear-and-tear. And so Levi’s, one of the most iconic American brands, was born.

Less well-known is the story of Ray Frank, a Hebrew teacher and journalist born in San Francisco in 1860. During Rosh Hashanah one year, Frank was invited to speak in Spokane, Washington.

When she arrived, she discovered that a rift between the city’s Orthodox and Reform Jews meant that there weren’t enough Jews to form a prayer quorum, or minyan. Frank wound up brokering an agreement and then gave a fiery sermon to the community, admonishing them for ignoring their tradition.

Frank became a traveling speaker who was covered widely by the press.

Frank was the first woman to speak on the pulpit in America — and perhaps the first in the world.

The myths and legends of the Wild West remain in wide circulation in America. Just last year, the Coen Brothers released “The Ballad of Buster Scruggs,” an anthology of short films set on the Western frontier. Around the same time, Rockstar Games released “Red Dead Redemption 2,” which lets players experience the world through the eyes of a grizzled outlaw. The video game had the largest opening weekend in entertainment history, grossing over $725 million in just three days.

But as Kinsey notes, the stories of Jews in the Wild West have often been marginalized or erased. She believes it’s important to publicize these narratives because they shape how we see our past.

“These are also positive immigration stories,” she said. “They put a face to immigration. They help humanize it and show what happened through dedication, hard work and survival.”