Want your interfaith kids to love Hanukkah? Expose them to Jewish traditions year-round. 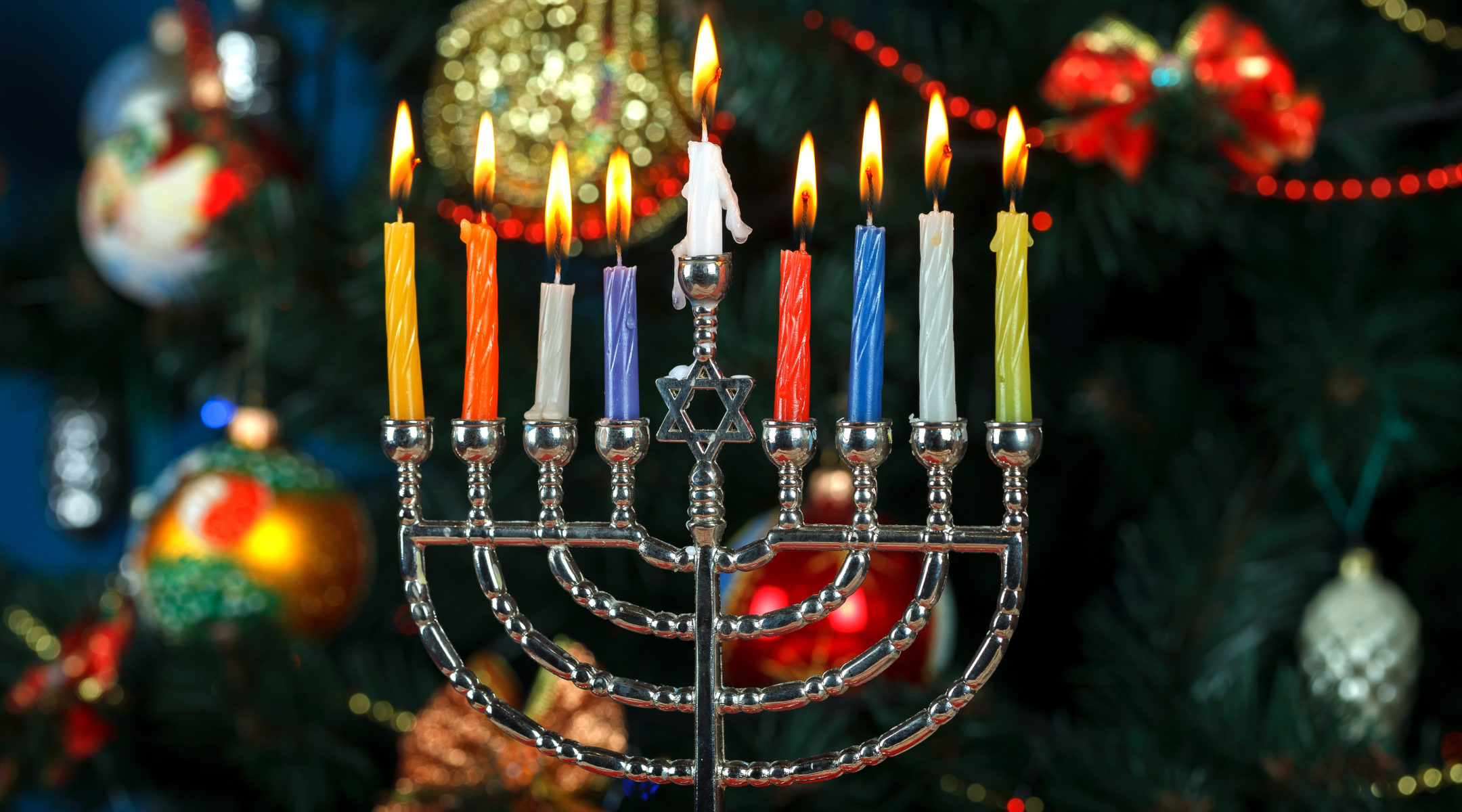 A hanukkiyah and a Christmas tree (Getty Images)
Advertisement

CHICAGO (JTA) — During a season where signs of Christmas seem to be on every corner, many Jewish parents in interfaith families struggle with how to meaningfully incorporate — and get their children excited by — the Jewish side of their tradition.

But parents who really want to effectively help their kids fall in love with Hanukkah will have to make a year-round commitment.

When Jews marry people from other religions with distinct cultural traditions, they often find it comfortable and even desirable to raise their children either in dual cultural-religious traditions or in a home defined as culturally Jewish without any religion. The term “interfaith” does not really describe the majority of intermarriages in our increasingly secular American society. Instead, most mixed marriages can more accurately be termed “intercultural.”

While these parents have the best of intentions, Christianity is the majority religious culture in the United States, so parents trying to create and preserve a sufficiently rich transmissible Jewish tradition are fighting an uphill battle. Of course, this reality does not just impact Jews in mixed marriages during the month of December. It is relevant to families seeking to transmit Jewish tradition throughout the year.

Parents who want to expose their children to a meaningful appreciation for Jewish tradition must be prepared to celebrate more Jewish tradition in their homes all year round. Parents also need to be conscious of providing their children with enough Jewish cultural capital to compensate for a world in which the majority religious culture is not Jewish.

Consider, for example, how much children can learn from a Shabbat dinner every Friday night preceded by lighting the candles and a prayer over the wine and challah. Shabbat dinner does not have to be an all-night affair, but it does need to be crafted as something special and important. The harvest festival of Sukkot also presents endless possibilities for creating wonderful, fun-filled family memories, including the construction of a sukkah, a portable backyard structure for eating and sometimes even sleeping. Who doesn’t love a weeklong party dining al fresco and sleeping under the stars?

Although the vast majority of Jews in the United States do not meticulously follow halacha, many Jews still cherish particular religious rituals and cultural traditions that are a product of the law. Hanukkah is among the most familiar examples, as is the Passover seder. Many Jews, including those who are intermarried, still want to expose their children to some of these traditions.

Since the 1970s, the rate of intermarriage in the American Jewish community has climbed steadily, reaching 58 percent by the beginning of the 21st century. According to the 2013 Pew Center Portrait of Jewish Americans, 71 percent of non-Orthodox Jews who married between 2000 and 2013 married non-Jews.

But when families celebrate Jewish traditions consistently and joyfully in a way that is feasible for their lifestyles and levels of observance, children cannot help but learn how beautiful Jewish tradition can be. Such a remixed approach to Judaism also emphasizes the development of personal meanings in connection with various rituals and traditions. The overall goal, in December and year-round, should be to teach children that Jewish tradition represents a unique and meaningful way to experience life.

Roberta Rosenthal Kwall
is the Raymond P. Niro Professor at DePaul University College of Law. She is the author of “Remix Judaism: Preserving Tradition in a Diverse World” (February 2020, Rowman & Littlefield) and “The Myth of the Cultural Jew: Culture and Law in Jewish Tradition” (Oxford U. Press).
The views and opinions expressed in this article are those of the author and do not necessarily reflect the views of JTA or its parent company, 70 Faces Media.