Members of the Hasidic community gather outside the home of Rabbi Chaim Rottenberg in Monsey, N.Y., following a machete attack that took place earlier outside the rabbi's home during a Hanukkah party, Dec. 29, 2019. (Kena Betancur / AFP via Getty Images)
Advertisement

MONSEY, N.Y. (JTA) — On Saturday night, I was invited to a Hanukkah party at a friend’s house. I drove through the tranquil Monsey streets and arrived at 10:30 p.m. Much to my surprise, I found the front door locked. I called my friend, who quickly opened up and locked the door behind me.

I entered and immediately felt that something was off. The mood was somber and tense, the men’s faces were buried in their phones and the women were nervously trying to distract the children.

“What happened?” I asked.

“You didn’t hear?! There was an attack on Forshay and the attacker is still on the loose. There are a number of injured people!”

My heart sank. We are sadly used to hearing of attacks against our Israeli brethren and, more recently, our fellow European Jews and in New York City. But to hear of a terror attack mere minutes from my house in a quiet and peaceful community? This was no longer an issue to brush under the rug.

It did not take long for the usual rabble-rousers to start fanning the flames of their familiar crusades. The former politicians, the city councilmen, the local assemblymen and the Second Amendment guys all rushed to the scene and to their Twitter feeds to begin pushing their agenda. It seems that in a time of crisis, people look for clear and identifiable enemies or solutions so they can make sense of things. These activists clearly know which buttons to push.

And then the sun rose on Sunday, and an element rarely seen in our community dialogue made its appearance: nuance. In an era of WhatsApp groups where every individual has a platform, people seemed to agree on one thing only: that the instigators and ideologues do not speak for all of us, and that we do not need more hateful discourse. One group debated the merits of arming a civil vigilante group, while another discussed whether we are missing the forest for the trees by focusing on these rogue attackers and ignoring the growing threat of far-right nationalism.

I have been living in this community for decades and have been used to a black-and-white reactionary response to such matters. Perhaps it was handed down from our Eastern European grandparents who lived through the most unimaginable of horrors, leaving them with a siege mentality and little space for nuance and perspective.

But thankfully, our world is more open than ever before, and individuals are learning to think for themselves. On one WhatsApp group, I saw a couple of friends vehemently defending the black community and rightfully pointing out that they are fellow minorities and our natural allies in the fight against bigotry. Those who are perpetrating these attacks are but the most fringe extremists among them, and we are not facing anything remotely close to the pogroms of the previous century or the infamous Kristallnacht. The contrast of these comments to the community strife between blacks and Jews in New York City in the 1980s and 1990s is striking.

It turns out that a majority of community members do not want to live in perpetual fear, a police state or constant tension with our neighbors. Those who do unfortunately get all of the attention, and I’m not sure there’s a remedy for that.

Thankfully, however, we are seeing people speak up and point out that the anti-Semites are small in number and strength, and that marginalizing them will have a greater net benefit than amplifying their voices. We are also seeing people share how we need to take the lessons from these attacks and realize that we are in this together with other minorities, and should identify with their struggles and fears.

Some have pointed out that the attacks against Jews are not receiving sufficient attention, but most of the community seems to be appreciative that the governor came down to the scene of the attack, federal law enforcement agencies are doing their part and local police have stepped up their presence. The outpouring of support from around the country makes us hopeful that we can build a better future — together.

Yisroel B.
is a Hasidic resident of Airmont, New York.
The views and opinions expressed in this article are those of the author and do not necessarily reflect the views of JTA or its parent company, 70 Faces Media. 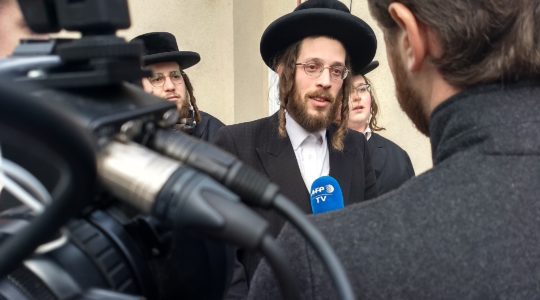 After a machete stabbing on Hanukkah, Monsey’s Orthodox Jews are defiant but searching for answers 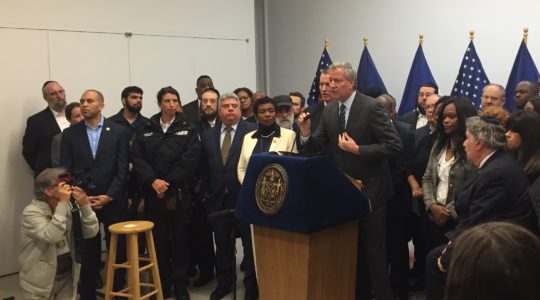 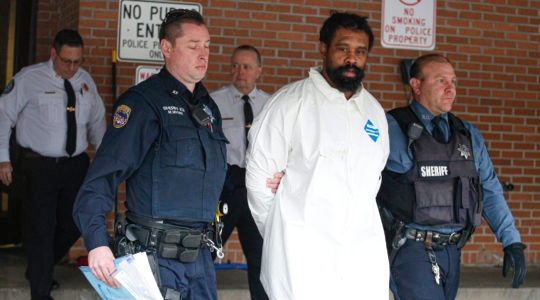