The Tell: How to fight anti-Semitism in 2020, DC edition 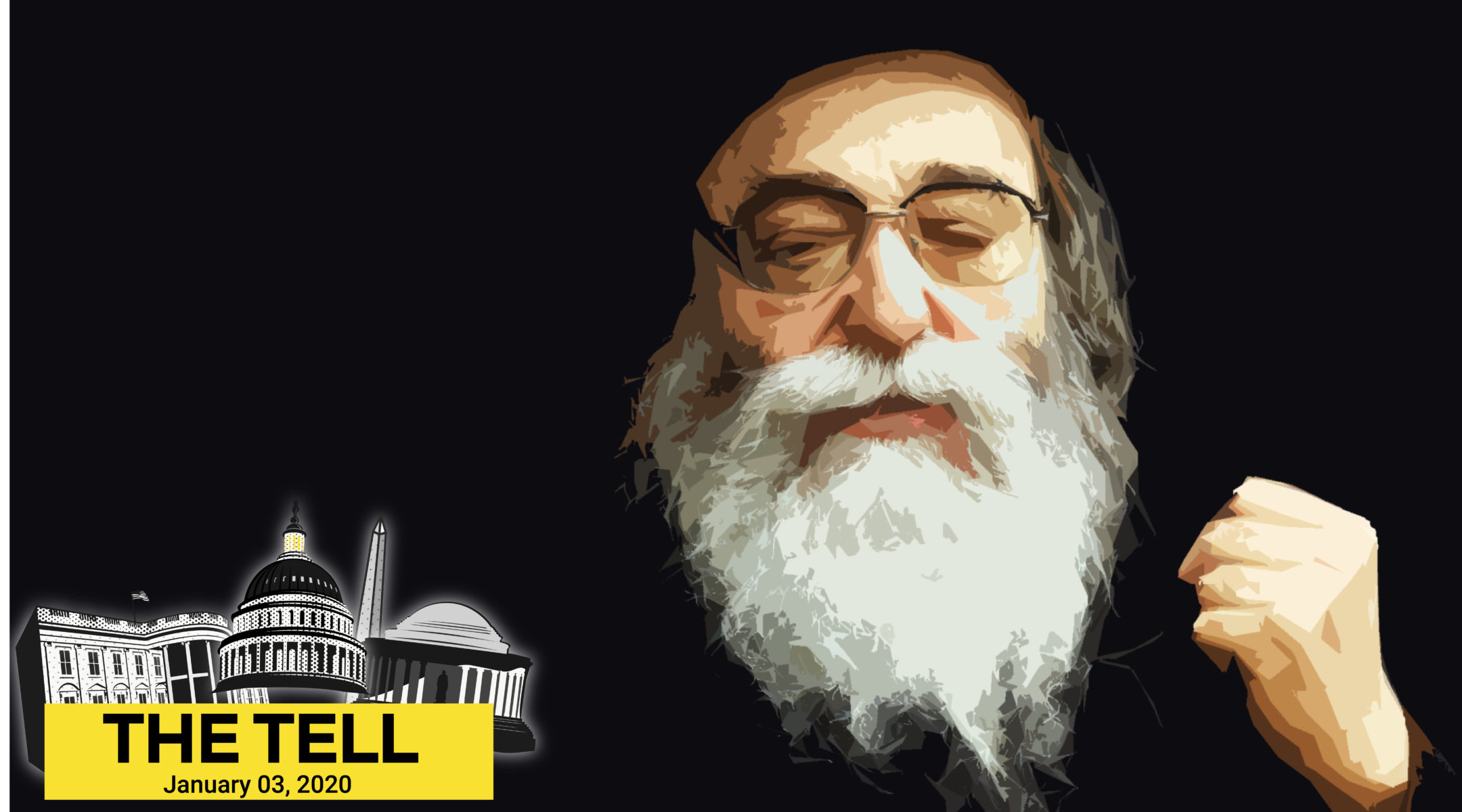 WASHINGTON (JTA) — Unfortunately, the new year began much like it ended. After a machete attack in Monsey wounded five people seriously on Hanukkah, a woman in Brooklyn was punched in the throat on New Year’s Day.

What can be done about it, especially from Washington?

Here are some of the emerging ideas from experts and lay leaders:

Congress increased funding for nonprofit security grants by 50 percent last year, to $90 million from $60 million. The lion’s share of the grants have gone to Jewish institutions since the program’s inception in 2005.

At his Monday news conference, Schumer was surrounded by representatives from a phalanx of Jewish groups, including the Anti-Defamation League, the Orthodox Union, UJA-Federation of New York and Agudath Israel of America. (A flock of New York pols on Thursday celebrated the increase to $90 million, similarly surrounded by professional and lay Jewish leaders — expect more of these photo ops in weeks to come.)

Notably, the more liberal streams were absent: The Reform movement has been ambivalent in the past about accepting the funding because of the dangers that some in the movement believe the funding poses to church-state separations.

Among the Orthodox, the money has been especially welcome from smaller shuls that are not as flush with funds for security as their big city cousins.

Eric Fingerhut, the Jewish Federations of North America CEO, said in a release Thursday that his organization — which, along with the O.U. and Agudah, has led lobbying for the funding — will press for more government funding and also “enhance the capacity” of its security arm, Secure Community Network. Translation: JFNA will intensify dedicated fundraising for SCN.

* A perennial question for the Jewish fundraising community has been whether to emphasize defense or education. Jewish funds are limited, and money to “enhance” SCN inevitably comes at a cost to, say, Jewish day schools. Expect that debate to play out in coming months.

* The guiding principle for the Secure Community Network until now has been (relative) invisibility — making synagogues and Jewish institutions welcoming places and avoiding the European model, where one often has to make an appointment to even drop by a synagogue. Is that model sustainable?

We covered the Trump administration’s equivocations over the last year on whether or not white supremacists are a threat. Where does that stand now? Rep. Max Rose, D-N.Y., the chairman of the subcommittee on terrorism and intelligence of the House’s Homeland Security Committee, is convening a hearing on Jan. 15 on what the government is doing to track and combat violent anti-Semitism.

Get the bigger picture, and don’t politicize

Bari Weiss, The New York Times opinion editor, and Jane Coaston, who covers the far right for Vox, appeared together Monday on Jake Tapper’s “The Lead” on CNN to note how it is counterproductive to slot anti-Semitism as a right-wing or left-wing phenomenon.

“I think one of the challenges we have is that we keep wanting to use anti-Semitism or racism as a cudgel against our political opposites, forgetting that anti-Semitism exists across the political spectrum,” Coaston said. “You know, there were famous instances of the far right and far left coming together on the subject of hating Jewish people. You see Nation of Islam making cause with George Lincoln Rockwell, the founder of the American Nazi Party back in early in the 1960s. And a lot of the most virulent anti-Semitism comes from the Nation of Islam and some of its acolytes.”

At Times of Israel blogs, Jonathan Sarna, the historian (and board member of 70 Faces Media, JTA’s parent company), argues that polarization and social crisis helps to fuel anti-Semitism. Shimon Rolnitzky, a Monsey resident, appealed to outsiders not to use the tragedy to score political points.

#MeJew is trending on social media. The American Jewish Committee is encouraging Jews who are not normatively visible as Jews to make Jan. 6 the day that they “come out” (the hashtag is #JewishandProud) by wearing a T-shirt with Hebrew, a kippah, a necklace with a Jewish symbol. And there are plenty of rallies, including a New York City solidarity march that an alphabet soup of Jewish groups are sponsoring on Sunday starting in Manhattan and crossing into Brooklyn. The New York Times Editorial Board, in a rare move, encouraged readers to show up.

Tell us your plan

We asked Joe Biden what his plans are to combat anti-Semitism, and he shared them with us. My colleague on the opinion desk tells me that responses from other front-runners will soon be featured as well.

John Lewis’ partnership with Jewish Americans dates back to his days leading the Student Nonviolent Coordinating Committee — prominent Jewish leftists were among its major funders, and Lewis, as its leader, helped organize the March on Washington. The Georgia congressman announced this week that he is suffering from pancreatic cancer, eliciting hopes for a speedy recovery from Jewish groups and lawmakers.

Valerie Plame outs herself … as a shul-goer

The most unwillingly famous CIA agent of the 2000s, caught in an anti-Semitic scandal in the teens, wants to spend part of the 2020s in Jewish pews. She’s also running for Congress.

President Donald Trump on Thursday named his delegation to the World Economic Forum in Davos, Switzerland, and it includes his son-in-law Jared Kushner and daughter Ivanka. The announcement comes with White House officials and Trump campaign officials touting Kushner’s successes — intriguing because Trump is not prone to sharing the limelight. Brad Parscale, Trump’s 2020 campaign manager, touted on Twitter a Daily Wire piece on Kushner.

“Jared Kushner doesn’t get credit he deserves & his critics are clueless,” Parscale wrote. “Jared has been key in so many victories for America,” and he listed among them “pro-Israel policies.”

The Daily Wire piece, “Jared Kushner’s Successes In Trump White House Puts His Critics To Shame,” notably pushes back against notions that Jared is (gasp!) a liberal. Ivanka, meantime, “liked” on Twitter a Forbes rerun of its 2016 interview with Kushner “on how he won Trump the White House.”

“Rabbit, rabbit” is what Rep. Adam Schiff, D-Calif., who is leading the impeachment process against Trump, says on New Year’s Eve for good luck, and Breaking Israel News, which offers a “biblical perspective” on the latest news, is alarmed that the Jewish congressman is encouraging Americans to become pagans. We wrote a while back about the “groypers,” white nationalists and anti-Semites who hope to insinuate their ideas into mainstream conservatism. Nathan Bernard and Andy O’Brien at Mainer, a news collective in Maine, report that the groypers have scored a success at the University of Maine, earning the wholehearted endorsement of that campus’ College Republicans chapter. The chapter’s faculty adviser, Amy Fried, who is Jewish, has resigned.

What a statement. What a woman. At a time when Jews are under attack, my wonderful wife said no to hate, no to fear, and yes to God and love. She converted this morning at the mikvah on the Upper West Side.