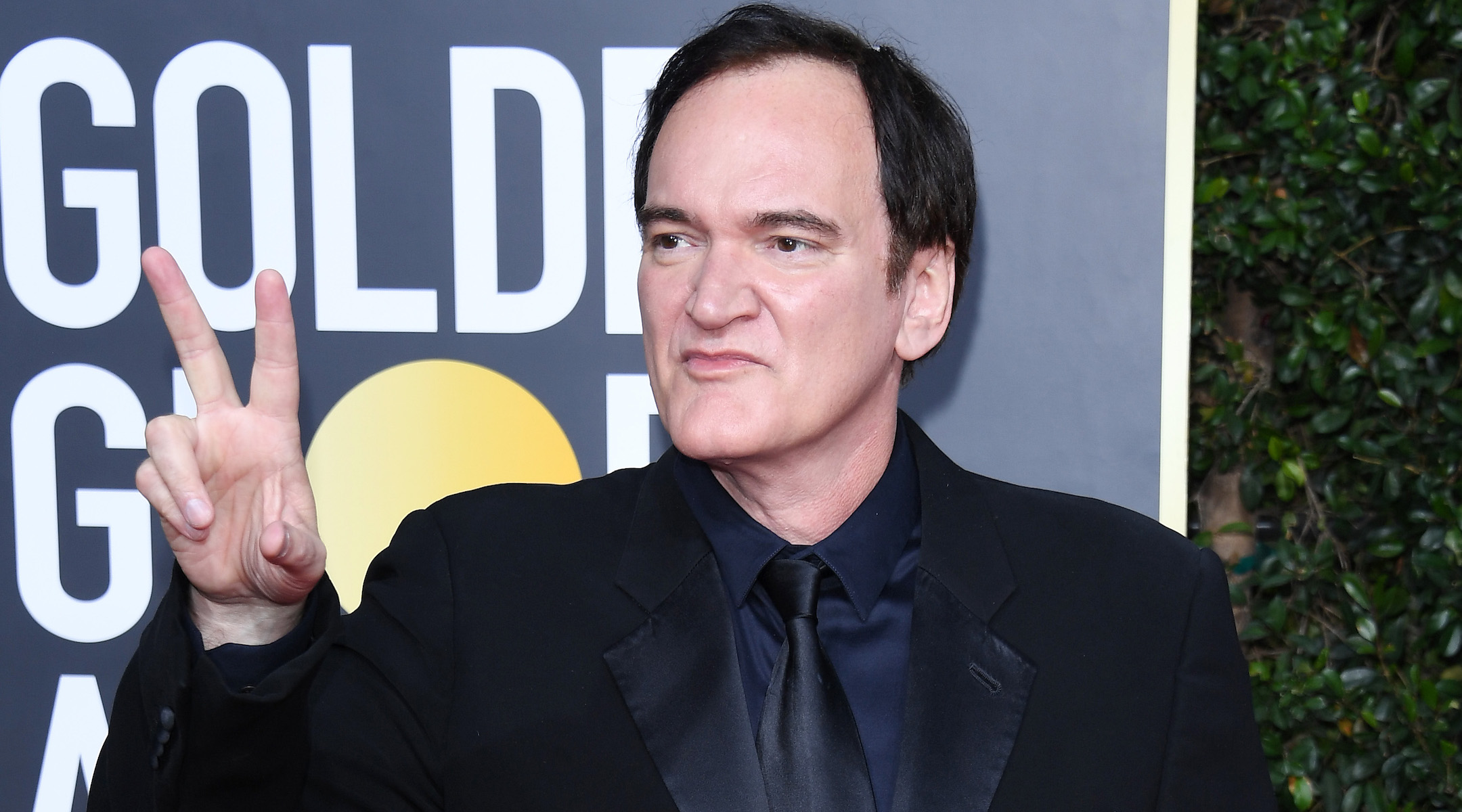 (JTA) — As always, the Golden Globes was a coming together of some of Hollywood’s biggest Jewish talents.

There weren’t many Jewish award winners at the glitzy ceremony on Sunday night, but here are our favorite Jewish moments from one of the industry’s biggest nights of the year.

The non-Jewish director won some awards for his film “Once Upon a Time in… Hollywood,” and in an acceptance speech sent some love to his pregnant wife, Israeli singer Daniella Pick, who was in Tel Aviv.

“Toda giveret, I love you,” he said at end of his speech. The first phrase translates to something like “Thanks ma’am” — the latter word having a less matronly connotation in Hebrew.

At the Golden Globes, Quentin Tarantino sends his love in Hebrew to his pregnant Israeli wife watching from Tel Aviv: "Toda giveret, I love you." pic.twitter.com/CWW6XcXnNH

The comedian and movie star recently had a bat mitzvah and showed off her newfound Jewish pride in a Netflix standup special, so it wasn’t too surprising to see Haddish rocking a Star of David necklace. But it was still meaningful.

Our sister site Alma speculated that it could’ve been the one that Barbra Streisand gave her recently.

The British director, known for acclaimed movies such as “American Beauty” and “Revolutionary Road,” won his second Globe for best director of a feature film for his work on the World War I drama “1917.” He has said that he inherited his work ethic from his Jewish mother.

The comic prankster resumed his tirade against Facebook founder Mark Zuckerberg and used the anti-Nazi film “Jojo Rabbit” to help do it.

“The hero of this next movie is a naive, misguided child who spreads Nazi propaganda and only has imaginary friends,” Cohen said while presenting an award. “His name is Mark Zuckerberg. Sorry, sorry … this is an old intro for ‘Social Network.’ I’m actually talking about ‘Jojo Rabbit.'”

Cohen, who was nominated for best actor in a dramatic TV film or miniseries for his work in “The Spy,” has criticized Zuckerberg publicly for months over Facebook’s policies when it comes to policing ads, hate speech and fake information. He gave a speech about the faults of social media at the Anti-Defamation League’s recent conference, at which he received an award.

“If a neo-Nazi comes goose-stepping into a restaurant and starts threatening other customers and saying he wants to kill Jews, would the owner of the restaurant be required to serve him an elegant eight-course meal? Of course not!” Cohen said in the speech, echoing comments he had made earlier in interviews. “The restaurant owner has every legal right and a moral obligation to kick the Nazi out, and so do these internet companies.”

“Joey King Was the Breakout Star of the Golden Globes Red Carpet” — that’s just one of several headlines praising the young actress’ fashion sense Sunday night. King, 20, best known for her role in the Hulu drama “The Act” — for which she was nominated for a Golden Globe — is part Jewish and part Christian, but has called herself “mostly Jewish” before.

Here’s the dress that turned eyes:

TYSM for this incredible #GoldenGlobes look!! 😍

Sincerely,
All of us pic.twitter.com/0Sgk2IhMj5