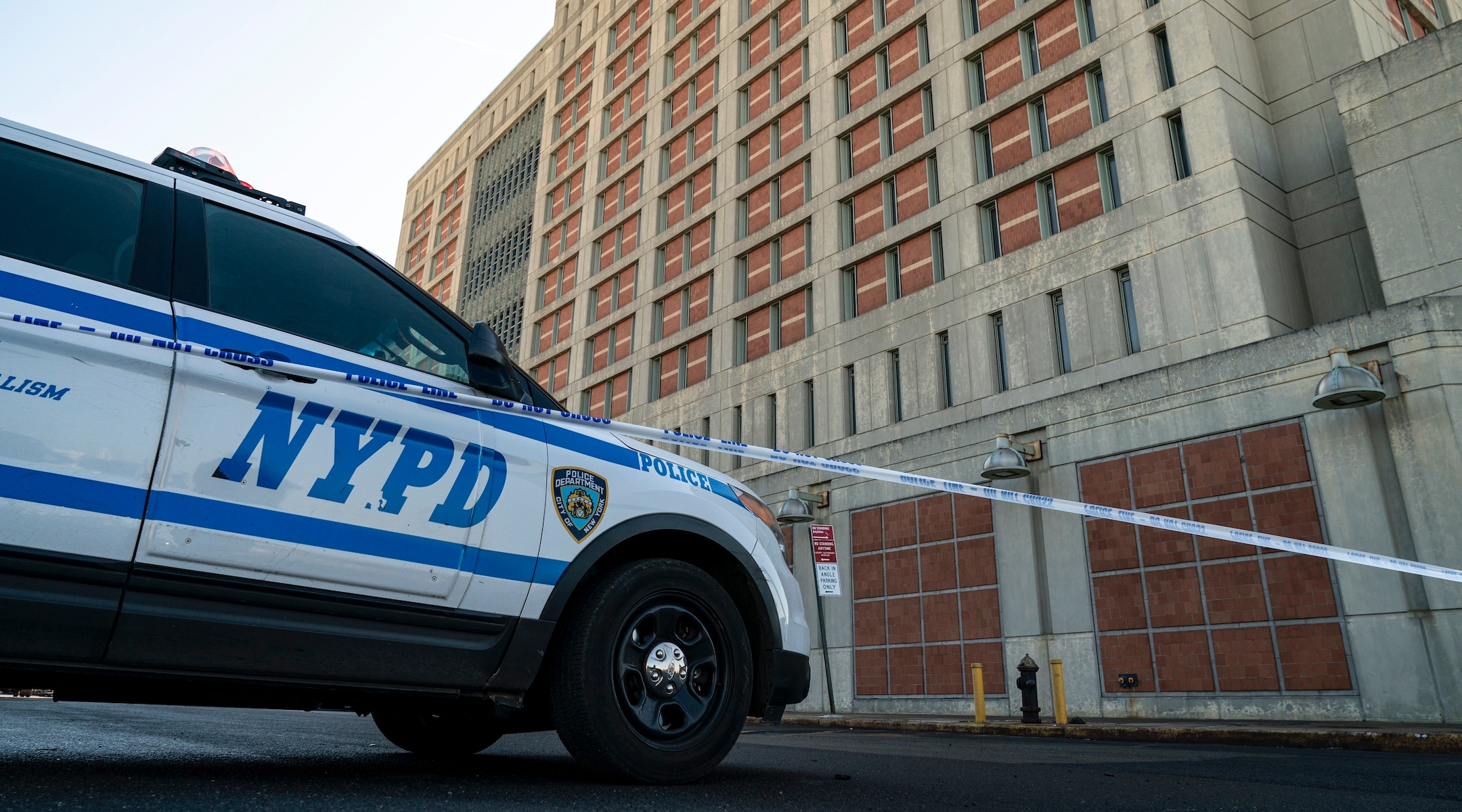 But the law, which took effect on Jan. 1, comes at a time of spiking anti-Semitism in New York. The kinds of wrongdoing the law exempts from bail — namely, most misdemeanors and some nonviolent felonies — include many of the low-level crimes that have sown fear in Jewish communities across Brooklyn in the last few months: verbal accosting, vandalism and minor assaults. (Felonies like the recent stabbing at a rabbi’s home in Monsey are still subject to bail.)

So faced with an epidemic of attacks on Jews that continues to defy easy definition, some lawmakers want to change the new law and allow judges to decide whether to set bail for suspects charged with hate crimes. Assemblyman Simcha Eichenstein, whose district covers the heavily Jewish Brooklyn neighborhoods of Midwood and Borough Park, introduced legislation in the State Assembly on Thursday that would do just that.

“The system’s reforms are no doubt a work in progress which we will be discussing this session,” Rich Azzopardi, a senior adviser to Cuomo, said in a statement to local media.

Supporters of the bail law are pushing back, saying that because rich defendants were always able to avoid jail time by posting bail, economic status — as opposed to type of crime — will become the primary factor in determining who is held in custody. On Tuesday, a coalition of left-wing Jewish groups — including Bend the Arc, Jews for Racial and Economic Justice, and Truah: The Rabbinic Call for Human Rights — released a statement saying the reform aimed to correct “a justice system that criminalizes poverty and perpetuates racial injustice.”

“I understand people, when we’re afraid, we just want to do anything that makes us safer,” New York City Public Advocate Jumaane Williams, who supports the abolishing of bail for low-level crimes, told JTA on Sunday. “Sometimes we don’t think about the consequences. Anti-Semitism, unfortunately, has been rising and elevating and getting worse throughout the past year. Bail reform happened two days ago, so it’s hard to see what the correlation is.” 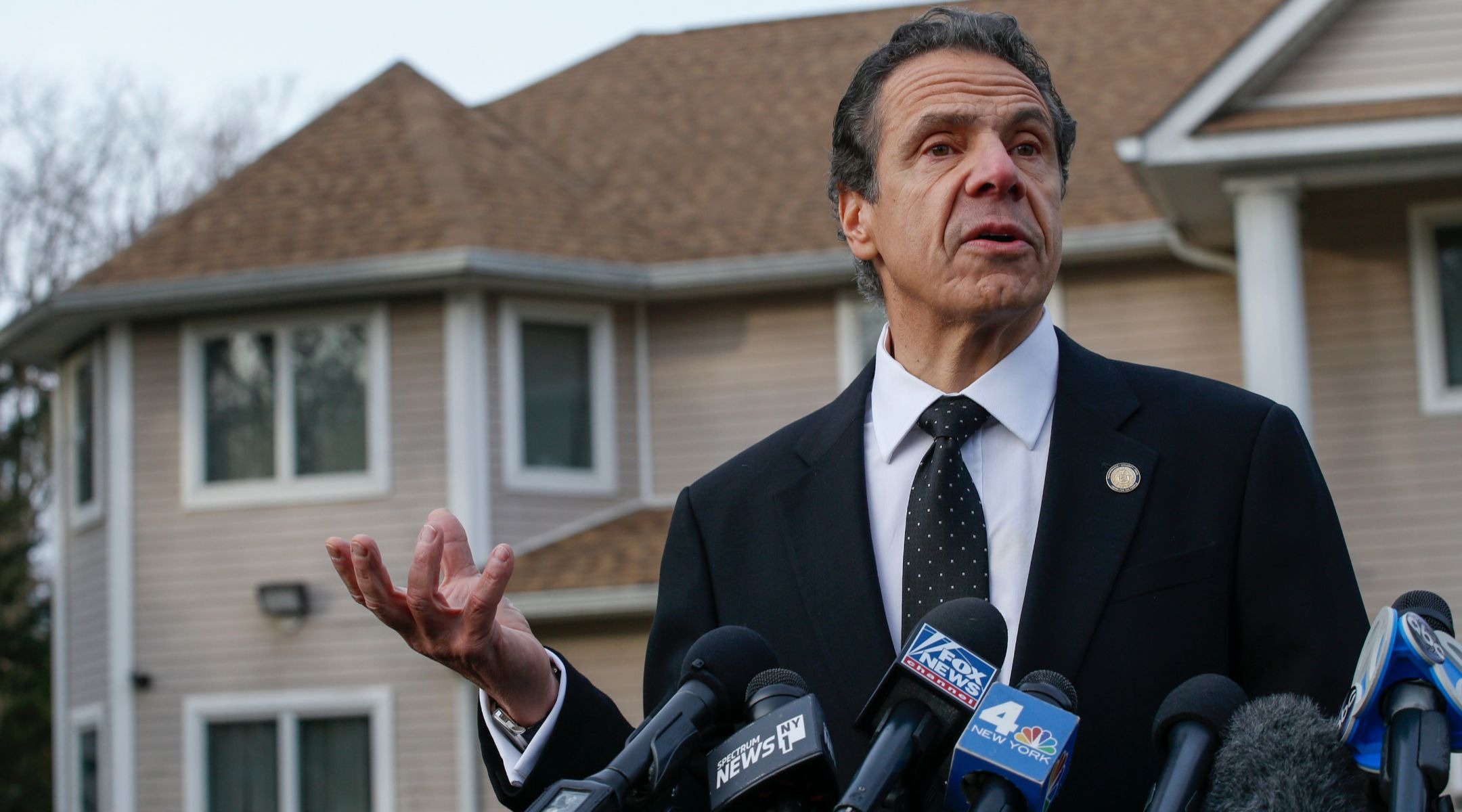 Eichenstein acknowledges that some reform of the bail system was necessary. But his and others’ criticism of the law has given a boost to a chorus of law enforcement officials who opposed the bail reform all along, saying it would put dangerous criminals back on the street right after their arrest.

“This is an ill-conceived law masquerading as reform,” said Ed Day, the county executive of Ramapo County, where Monsey is located, at a press conference with police officers in November. “This law is nothing more than a criminal-friendly exercise that will endanger our communities.”

Critics of the bail law have cited the case of Tiffany Harris, who was arrested on Dec. 27 for assaulting three Jewish women in Crown Heights, Brooklyn. She was charged and released the next day, then assaulted someone else on Dec. 29, after which she was released again. She was arrested for a third time on Dec. 31 for missing a court-mandated appointment with a social worker, and was sent to be evaluated at a hospital.

Rep. Lee Zeldin, a Republican Jewish congressman from Long Island, called the law a “disaster” based on Harris’ example.

Harris’ case does not track neatly on to criticisms of the bail reform law. Her three arrests — and two of her releases — took place before it took effect, and only her first arrest was due to a hate crime. The second assault was not deemed a hate crime. Her lawyer, Lisa Schreibersdorf, said in a statement that sending Harris to the hospital instead of prison was an example of “exactly what the new bail laws were designed to do.”

Speaking to JTA, Schreibersdorf said she opposes efforts to change the new law because she believes people should not be imprisoned before they have a chance to state their case at trial.

“It is always wrong to hold people in jail before their trial, and the government understood that and they eliminated that possibility for misdemeanors and low-level felonies,” she said. “If you roll it back based on charges or allegations, by saying OK, well, they’re accused of this, what you’re basically saying is you want to have punishment before trial.”

Jonathan Greenblatt, the CEO of the Anti-Defamation League, backs bail reform but also supports judges having discretion on bail when it comes to hate crimes. He said that anti-Semitism should be in a different category than other misdemeanors.

“I believe in criminal justice reform, and when a 12-year-old jumps a turnstile or a 15-year-old shoplifts a pack of chewing gum from the bodega, I don’t think they should have to post hundreds of dollars of bail,” he said. “But when you assault someone in the places where they pray, on the streets where they live, in the homes where they celebrate, bail should be on the table.”