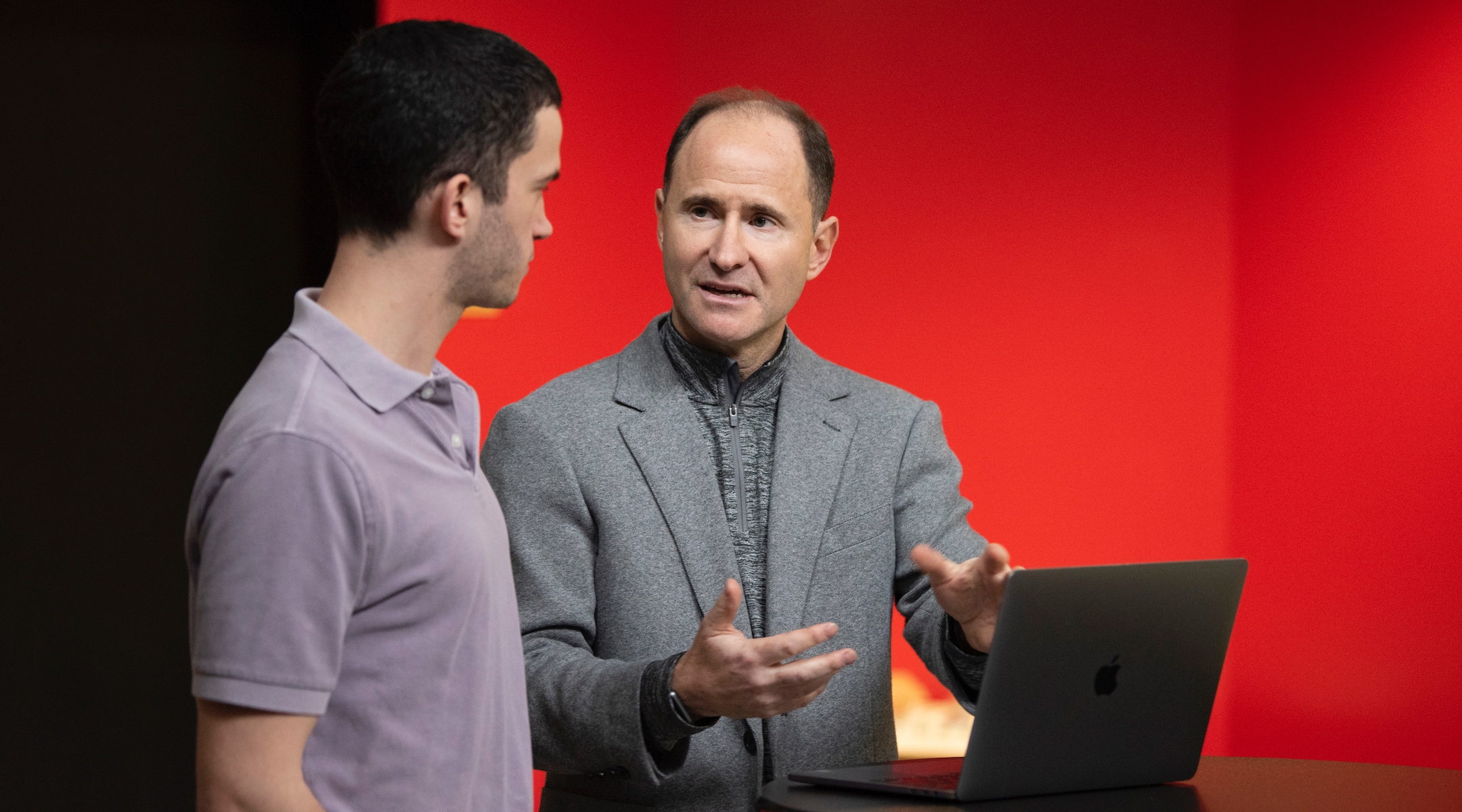 WASHINGTON (JTA) — After a six-month search, the Jewish campus group Hillel International is sticking to the path hewn by its previous CEO in choosing a close associate as his successor.

Hillel’s board announced Tuesday that Adam Lehman, the group’s former chief operating officer and interim CEO, will succeed Eric Fingerhut, who became head of the Jewish Federations of North America over the summer.

In choosing Lehman, the board has issued a vote of confidence in how Fingerhut has shaped the organization, expanding its reach to Jewish students while sticking closely to the establishment line on Israel.

“We are so thrilled that Adam will be continuing to lead Hillel to help us build on the tremendous progress we’ve made in our mission of enriching the lives of all Jewish students so that they can enrich the Jewish people and the world,” Skip Vichness, chairman of Hillel International’s board of directors, said in a statement.

In terms of growth metrics, Fingerhut’s tenure was seen as a success. When he took over in 2013, engagement was reaching 68,000 students a year. Last year, the group reached 141,000 students on 550 campuses. The budget has also doubled from $90 million to $180 million.

But the organization has also been hammered as the political climate has grown more polarized, particularly on Israel. Fingerhut apologized in 2015 after he pulled out of an appearance at JStreetU, the student affiliate of the liberal Jewish Middle East policy group. In 2018, he apologized again after Princeton Hillel canceled an appearance by Israel’s then foreign minister, Tzipi Hotovely, in the face of protests.

Lehman, 52, has a background in data analysis. For eight years, he was a senior vice president at AOL. In an interview with the Jewish Telegraphic Agency, he said he would use data to analyze how best to serve Jewish students so that “they find meaning, they find purpose, they find a way to serve the broader community through Hillel.”

Lehman tried to dodge a question about which organizations Hillel considered kosher to partner with, saying it would engage with Jewish students as individuals whatever their affiliations. When pressed, he said Hillel would work with groups that “align with our values and our mission,” a rubric that in the past rejected partnership with any group that supports a boycott of Israel. Pressed again, he said Hillel International would continue to work with JStreetU.

Reluctance to disengage from the establishment on matters related to Israel has dogged Hillel’s efforts to engage younger Jews. There was internal dissent in 2018 when Hillel endorsed Kenneth Marcus to run the civil rights division in the Trump administration’s Department of Education. Marcus had worked with Hillel to fight anti-Israel activity on campus, but he was reviled by liberals for pledging to roll back federal protections for victims of campus sexual assault.

On the programmatic front, Lehman said he wanted to take successful programs initiated at individual chapters and roll them out nationwide, including a mental wellness initiative from California, a free delivered Shabbat dinner party kit from Vermont and a training program to combat anti-Semitism from Illinois. He also wants to emphasize wellness and mental health.

“That is such a critical set of issues today,” he said.

For all of his wonkiness, Lehman — who likes tossing out terms like “Gen Z” — has an artsy side: He’s a founding member of the D.C.-based Jewish a cappella group JewKvox.

Praising the pick was Sheila Katz, the CEO of the National Council of Jewish Women who was at the center of a Hillel controversy last year when she went public with her story of being sexually harassed by a major donor, Michael Steinhardt. Hillel cut off relations with Steinhardt.

“He’s data and technology-driven and he cares deeply about students and the student voice and believes in new ways to engage students using technology and data,” she said.

Emphasizing her approval of the choice, Katz nonetheless noted that yet another national Jewish organization will be helmed by a white man. She said she had heard that plenty of women had applied for the position.