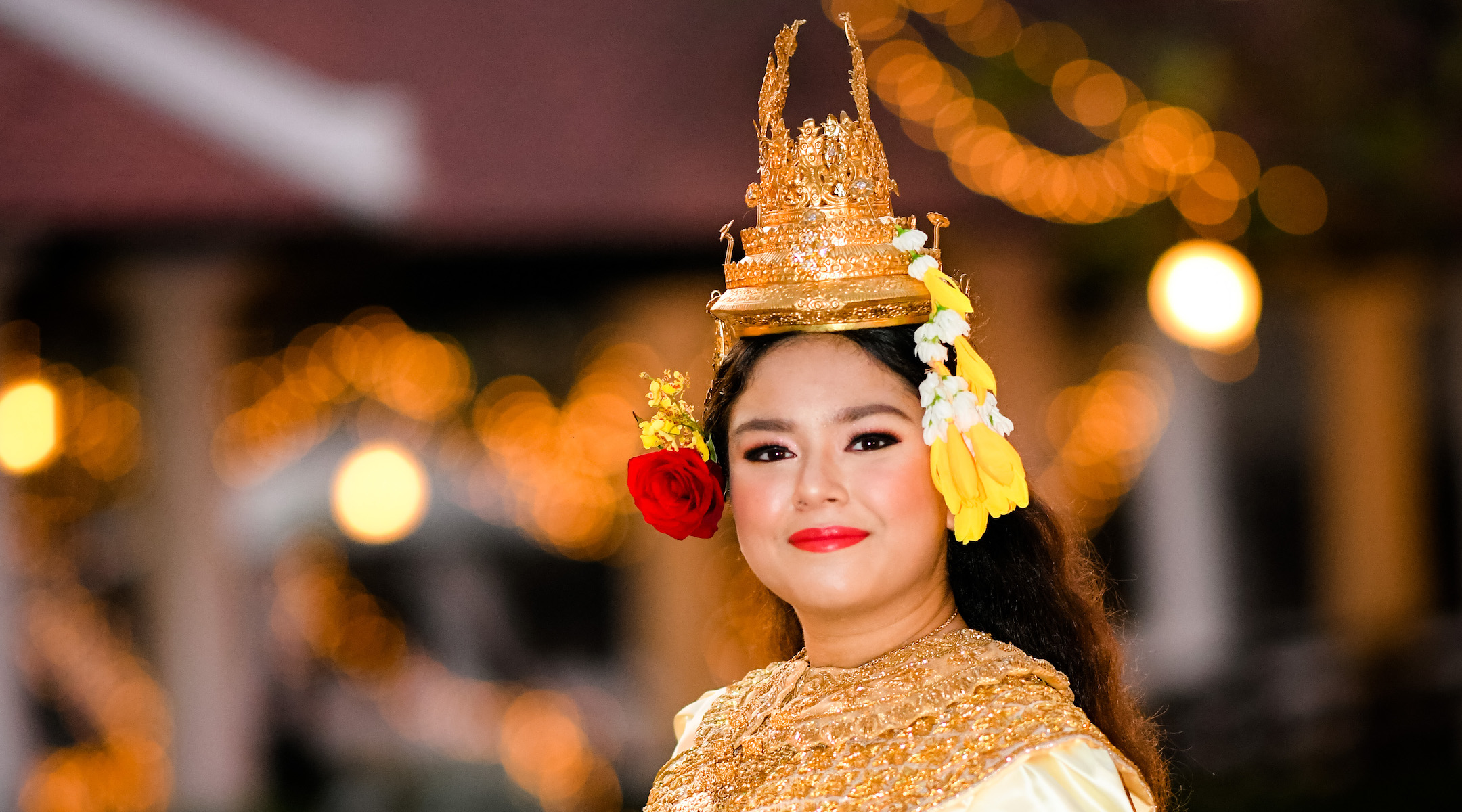 (JTA) — Members of the Cambodian royal family gathered last month at the Raffles Hotel Le Royal in Phnom Penh for a celebration. There was music, traditional Cambodian dance performances and plenty of food.

The occasion? The coming-of-age party of the granddaughter of one of the princesses. Well, a bat mitzvah to be exact.

The celebrant, Elior Koroghli, is the the great-granddaughter of the late King Sisowath Monivong, who reigned from 1927 to 1941. She is also an Orthodox Jew.

The 13-year-old grew up in Las Vegas, the daughter of Monivong’s granddaughter Sathsowi Thay Koroghli, who converted to Judaism as an adult, and Ray Koroghli, a Persian Jew. While in Cambodia for the bat mitzvah, the Koroghlis met with the current king and queen mother, and the extended family posed for a photograph, the tzitzit fringes worn by Elior’s brothers clearly visible in the frame.

The festivities reflected the various parts of her heritage. Elior wore both a traditional Cambodian costume and a sparkly bat mitzvah dress. She lit a menorah — the celebration took place during Hanukkah — and performed a Persian-style candle-lighting ceremony. And she played traditional Jewish, Persian and Cambodian songs on the piano, including the classic “Hava Nagila.” 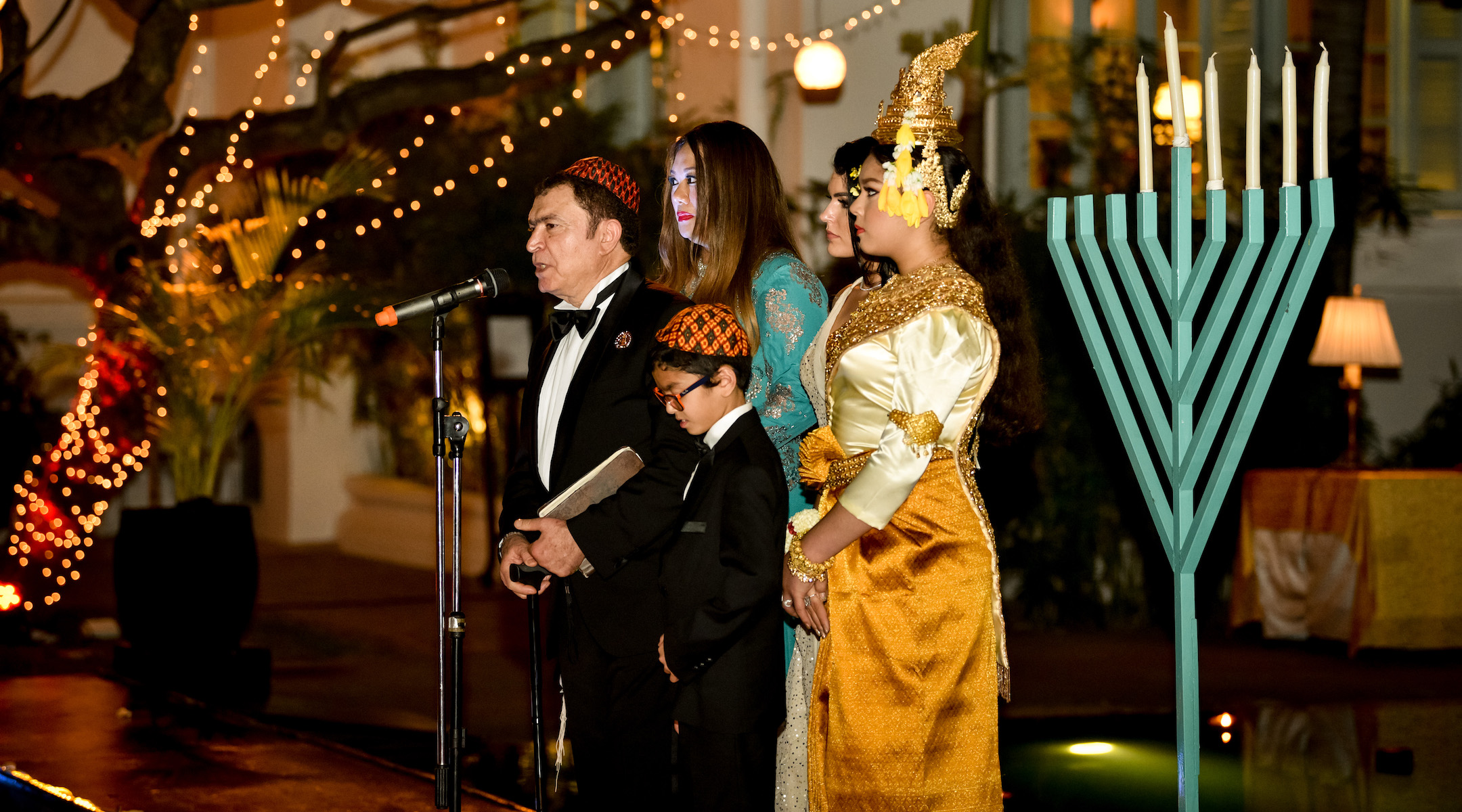 Elior Koroghli, right, with her parents, brother Matanel and half-sister Elizabeth Koroghli Damavandi in front of the menorah they lit at the party. (Kang Predi and Teh Ranie)

The Koroghlis provided kosher food with the help of Rabbi Bentzion Butman, the Chabad emissary in Cambodia. Chabad.org first reported on the celebration.

“It was just incredible how you can bring Cambodian, Jewish and Persian all into one, where we go to Cambodia and I’m wearing their costume but I’m also lighting a menorah there, and I’m wearing ‘tznius’ clothing,” Elior told the Jewish Telegraphic Agency, using the Hebrew word for modesty.

For members of her family who live in Cambodia, it was the first time they had been to a Jewish event of any kind.

Elior’s mother, Sathsowi, was born in Washington, D.C., where her father was serving as a Cambodian diplomat. Her mother, Princess Sisowath Neary Bong Nga, was King Monivong’s daughter. Sathsowi moved back to Cambodia with her family when she was 2, but most of her childhood was spent in Long Beach, California. She met her husband at a birthday party in Las Vegas.

“He just came to ask me to dance and that was it,” Sathsowi told JTA in a telephone interview.

Today the couple lives with their three children — Elior and her brothers Matanel, 11, and Eliav, 7 — in Henderson, a suburb popular among Las Vegas Jews. Ray works in commercial real estate and Sathsowi is a homemaker.

Though their cultures differ, Sathsowi, who was raised a Buddhist, said religion did not come up much while she and Ray were initially dating. But a few years later, she joined her husband for a lecture by Rabbi Shea Harlig, the Chabad emissary in Las Vegas. Sathsowi only caught the end of the talk, but the rabbi’s teaching about God being infinite stuck with her. 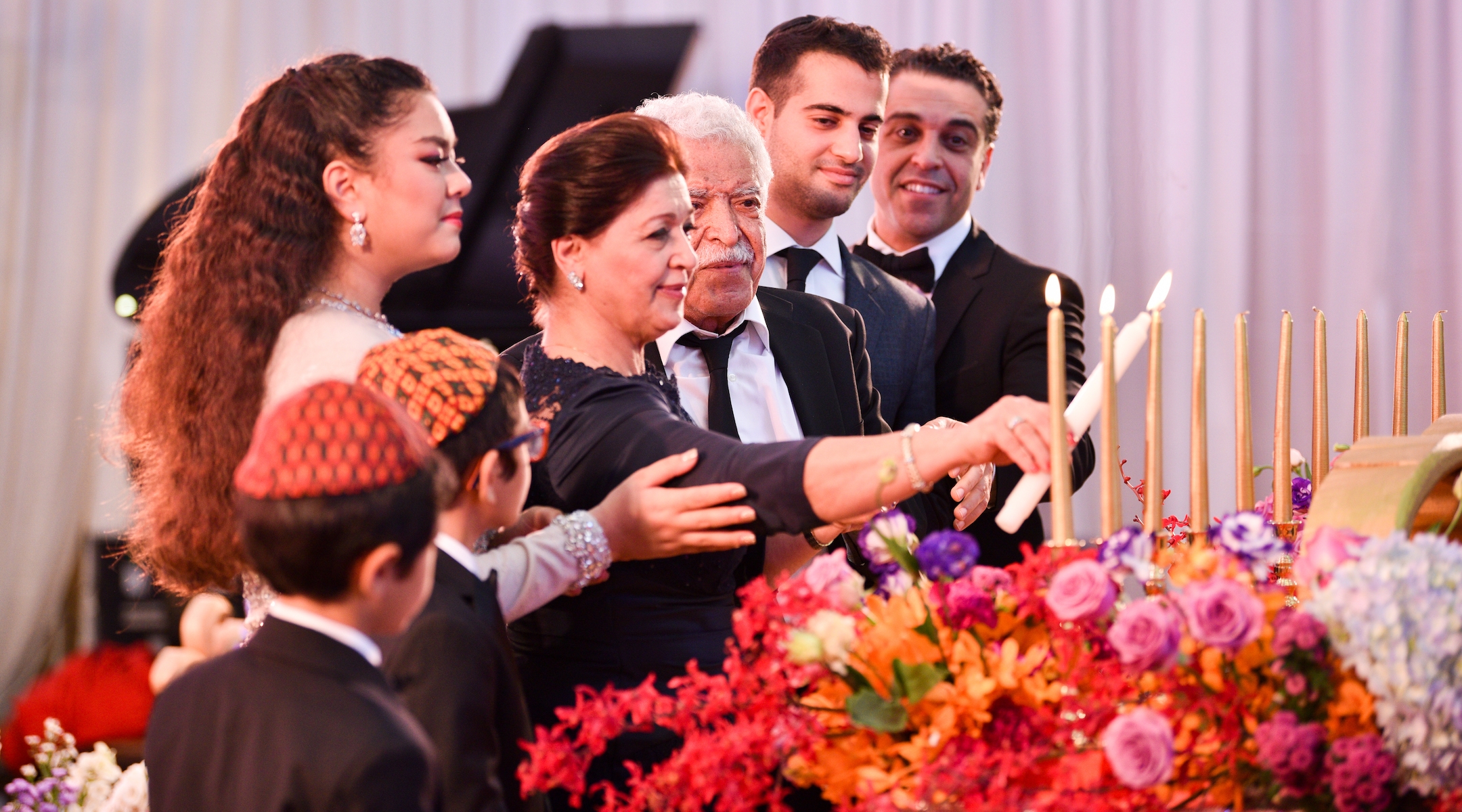 Elior with relatives and guests during the candle-lighting ceremony. (Kang Predi and Teh Ranie)

“I was taught about Buddha. And I’m thankful for all that I was taught because it made me who I am. It gives me patience, it makes me who I am at [my] core,” Sathsowi said. “But on the other hand, I just believe that something created all this. So when the rabbi spoke about that, it was just like, whoa, this is how I’m feeling. So that’s why I wanted to know more.”

Sathsowi eventually became a Jew by choice, initially converting through the Conservative movement in 2003. Two years later, she and Ray were married in Israel. The couple would come to embrace Orthodox Judaism and, nine years after her first conversion, Sathsowi had a second one with an Orthodox rabbi. The couple also had a second wedding ceremony performed by an Orthodox rabbi.

“It just kind of happened naturally,” she said. “It took a long time, many years.”

The process wasn’t all easy. She faced pushback from her mother, who was unhappy her daughter was leaving the religion of her birth. At times she felt like an outsider as the only Asian person in her husband’s Persian Jewish family.

It was a desire to reconcile those identities that led Sathsowi to celebrate her daughter’s bat mitzvah in Phnom Penh. The family had already held a celebration at their home in Henderson a year earlier, but Sathsowi wanted something different.

For Elior, the identities seem to go hand in hand easily.

“It’s just awesome to be part of a little bit of everything,” she said, “and it’s all different and they all give me different feelings.”