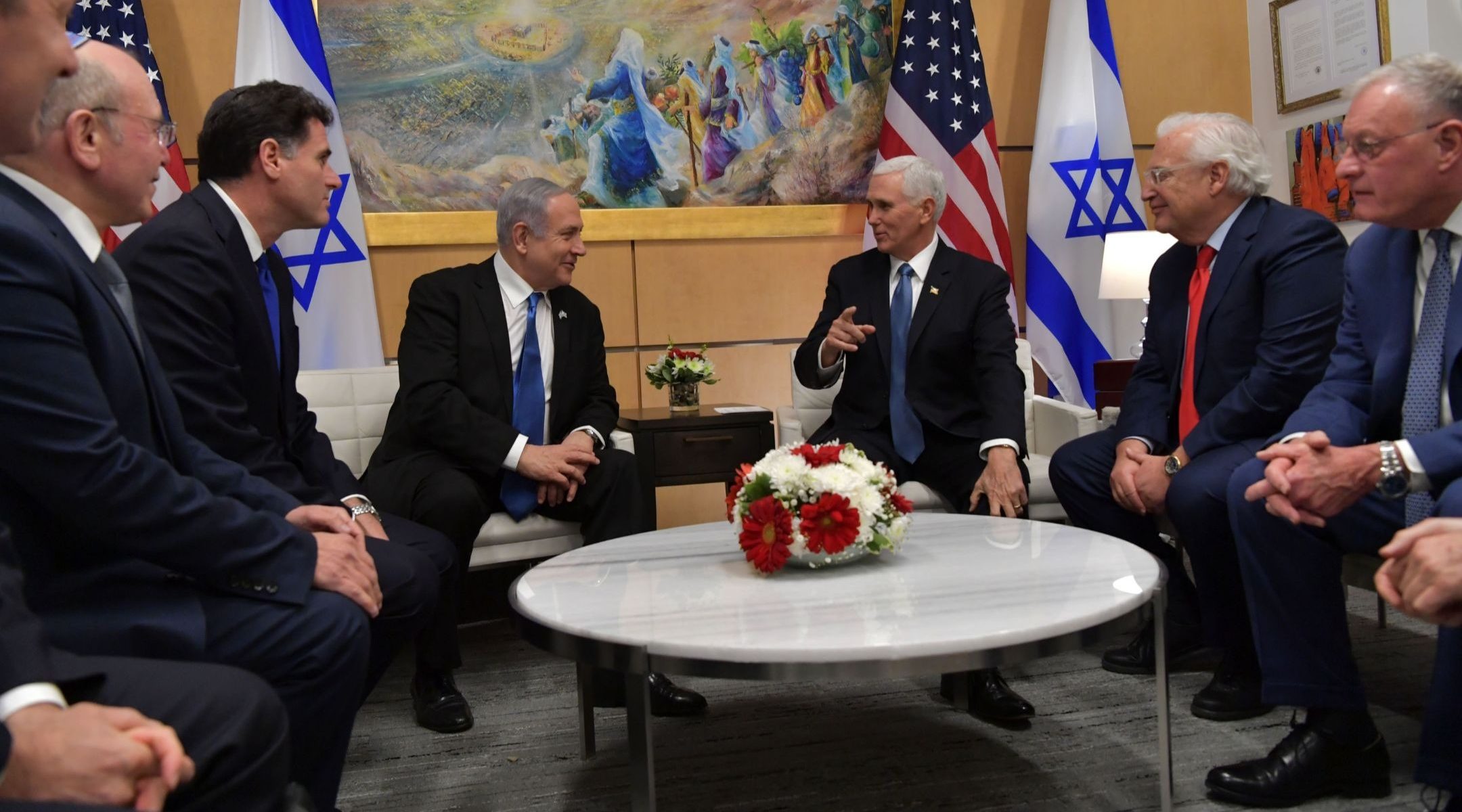 Vice President Mike Pence extended the invitation at a meeting Thursday in Jerusalem with Netanyahu. The meeting would be to discuss “regional issues, as well as the prospect of peace here in the Holy Land,” Pence told reporters in Jerusalem after his meeting.

Unclear was whether Trump would unveil his long-awaited peace deal at the meeting. “Reports about details and timing of our closely-held peace plan are purely speculative,” Trump said later on Twitter.

Trump extended the invitation to Gantz at Netanyahu’s urging, said Pence, who is in Israel to commemorate the 75th anniversary of the Allied liberation of the Auschwitz death camp from the Nazis.

“The United States and Israel are strong partners, and the Prime Minister’s visit is an opportunity to discuss our shared regional and national security interests,” according to a White House statement that also confirmed Gantz would attend.

On the same day as the meeting, proceedings on whether to grant Netanyahu immunity relating to corruption charges will begin in the Knesset.

The meeting will take place just weeks before Israel goes to elections on March 2 for the third time in less than a year. Gantz and Netanyahu each hope to break a deadlocked electorate, and both have said they would consider making permanent Israel’s control of the Jordan Valley.

Talk of annexation has ebbed, however, in recent days after Trump administration officials told Netanyahu that it would hamper the release of Trump’s “vision” of peace among Israel, the Palestinians and other Arab nations.