This crispy chicken skin just might be your new favorite snack 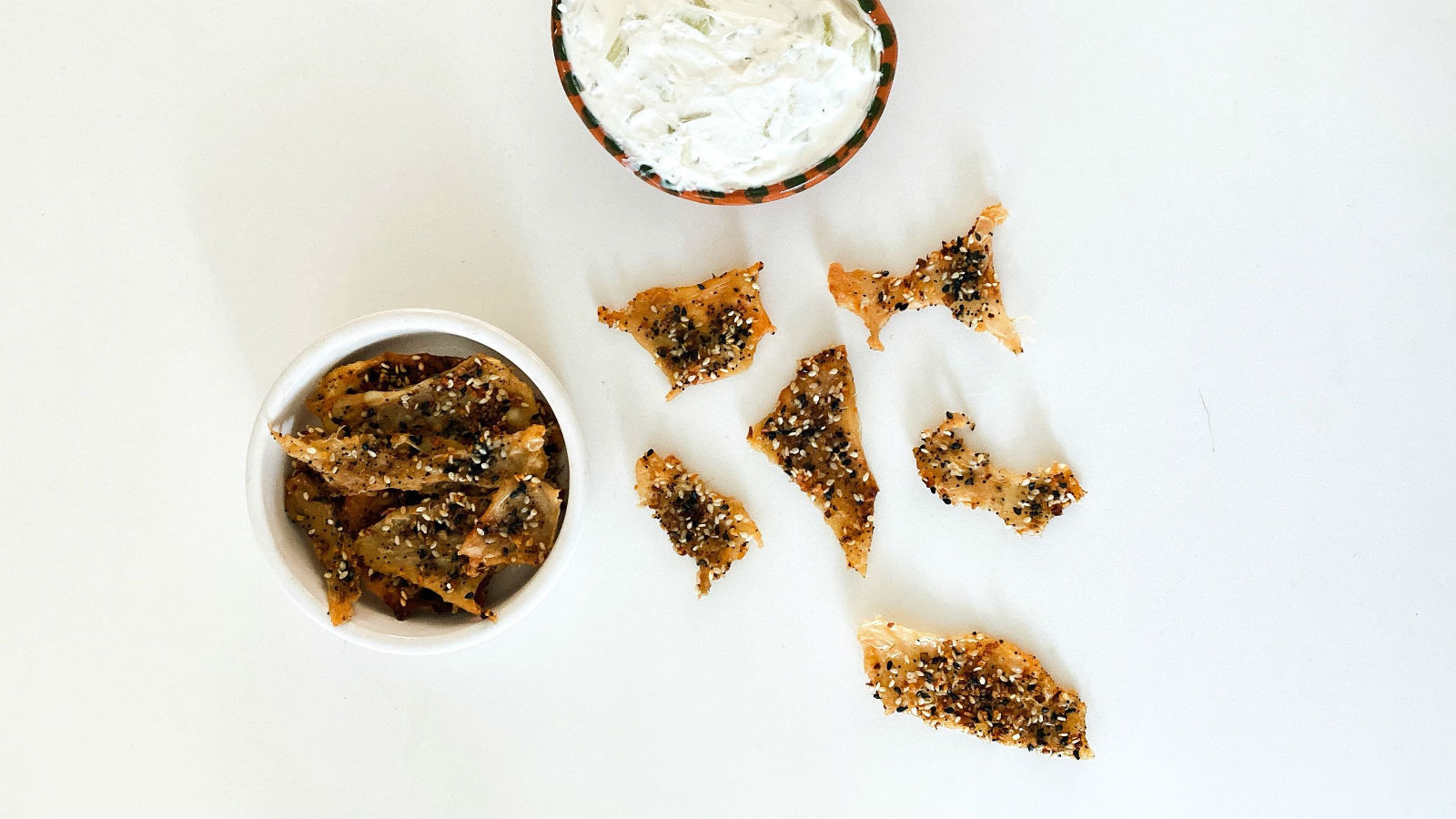 This article originally appeared on the Nosher.

If you’re old enough, you might recall when gribenes — crispy chicken skin, nicknamed “Jewish bacon” — ruled the homemade snack category. Then the cholesterol police decided that our fat-heavy diet was blocking our arteries, and eating animal skin (along with our beloved schmaltz) became verboten.

Until recently, that is. Thanks to the nose-to-tail movement, chefs all over the U.S. have become more interested in using all parts of the animal in their cooking. That includes the chicken and its skin.

Of late, chicken skin — roasted, deep-fried, and air-fried — has been popping up as “croutons” in salads, as the crunchy topping of mac and cheese, and even as a substitute for more traditional tortillas as puffy taco shells. (Schmaltz, too, is making a comeback, although that’s a story to horrify health-conscious Jews for another time.)

Sections of shatteringly brittle chicken skin, wonderfully tasty to eat and certainly not worse for you in small doses than a steak here and there, don’t have to remain the domain of restaurants. In fact, they’re fairly simple to make at home.

Upgrade the Super Bowl by subbing them for your typical crackers and pita chips — as a vehicle for dips like hummus and guacamole, they add a welcome counterpoint in texture and richness. It’s such a good combination that the umami party happening on your palate might even outmaneuver what’s playing out on your screen. 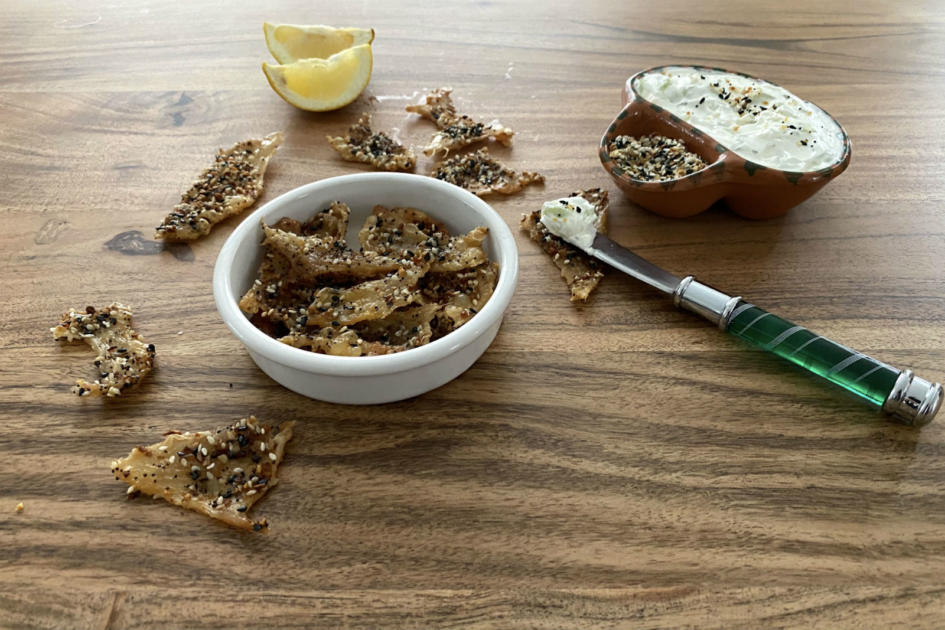 You don’t necessarily have to peel a whole chicken to acquire the skin. I prefer to use the skin from chicken thighs, which I find the most plentiful, easiest to detach, and most inexpensive to buy. For large amounts, I hit up the warehouse clubs like Costco. Also, I find it easier to trim and cut the skins when they’re cold, using a very sharp knife or poultry shears. Too warm, and the skin becomes stretchy and doesn’t separate easily.

You can cook the chicken skin sections as is, or flavor them — with a little hot sauce, some honey mustard, a barbecue rub — before you roast them. I like to spritz them with some lemon for zingy freshness, and give them added texture with everything bagel spice mix. Keep in mind, though, that the drier the skins are going into the oven, the puffier they come out. If you squirt them with lemon beforehand, they finish denser, and more cracker-like.

Of course, this will leave you with some skinless chicken. You might as well make some matzah ball soup. A little indulgence is fine, but let’s not lose all the strides we’ve made in our ethnicity’s collective health these past few decades.