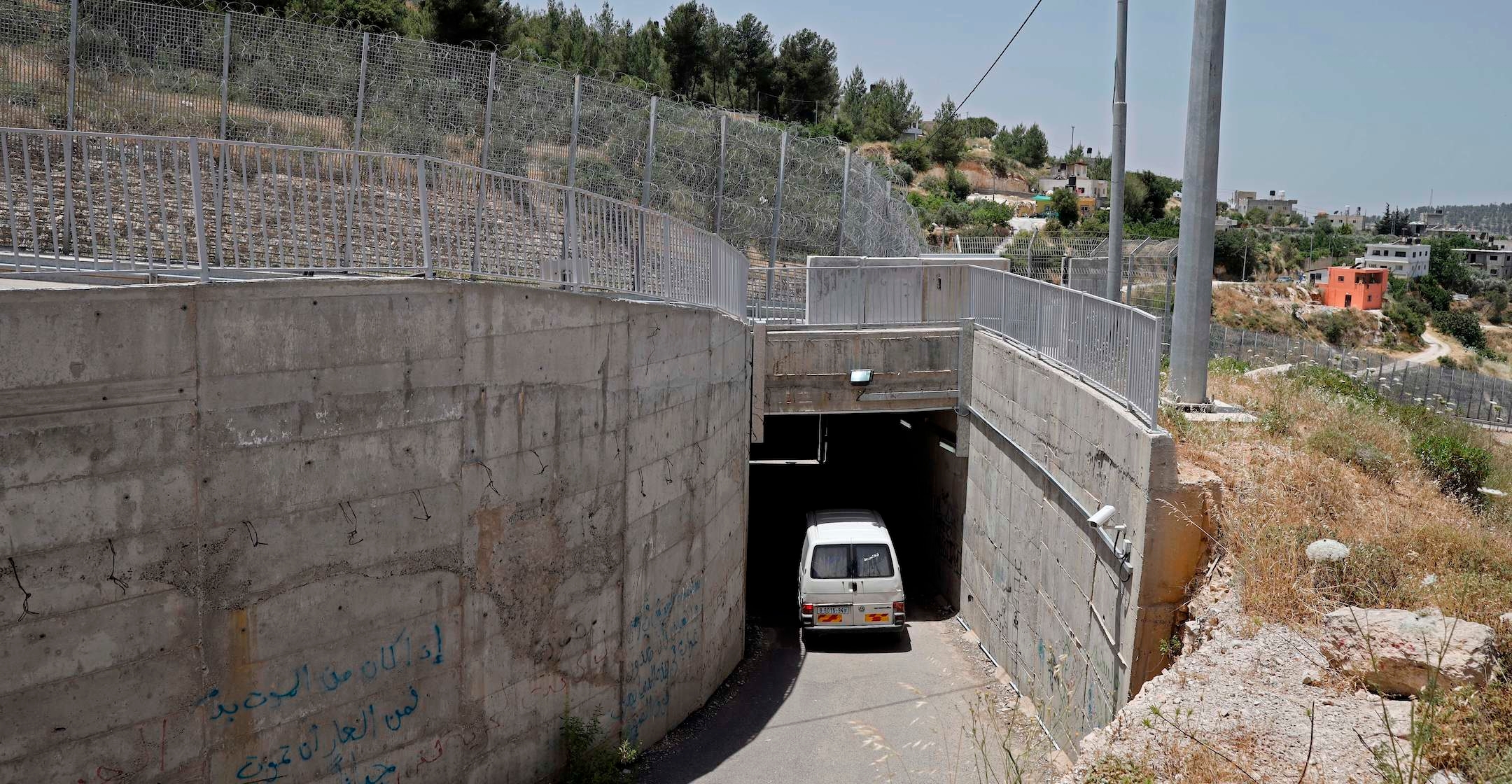 A car driving in a tunnel near the West Bank village of al-Walajah, May 30, 2019. (Thomas Coex/AFP via Getty Images)
Advertisement

(JTA) — President Donald Trump’s long-awaited peace plan has been met with plenty of skepticism since its release on Tuesday.

Could Trump actually be the one to settle a decades old conflict where so many other American presidents have failed, with a plan that was devised without consulting the Palestinians?

But some critics zeroed in on a much more specific aspect of the plan: the proposed high-speed railway connecting the West Bank and Gaza, the two geographically distinct territories of a potential future Palestinian state. Based a map provided by the White House, the tunnel would have to have to traverse 20 to 30 miles.

The tunnel idea was widely mocked on Twitter as a “crazy” idea. But some were wrong on the facts — the tunnel would not be the longest in the world, as was claimed.

A lot of bad stuff about the Trump “peace plan” but the wackiest (and perhaps most underrrated) part is the subtle proposal to construct the world’s longest tunnel pic.twitter.com/l09O6tALBb

Plan envisions a 34km tunnel from the West Bank to Gaza? That would make it one of the longest tunnels in the world (only 6 are longer) and tunnels of that length take many years to build. Don't see how Israel has resources or commitment to do that really; maybe a covered road https://t.co/vt5bI36U21

(It should also be noted that news of a tunnel from Gaza could have sounded bad to Israelis — their army has for years been on a mission to destroy tunnels from Gaza that terrorists use to infiltrate the country.)

Turns out, building a 30-mile tunnel might be the least of the peace plan’s challenges, at least according to Arnon Rozen, an Israeli engineer who has specialized in tunnel building for 50 years.

“This is something which from an engineering point of view, it can be done — no problem,” Rozen told the Jewish Telegraphic Agency on Wednesday.

He noted that tunnels of similar length already exist. The Channel Tunnel, opened in 1994, runs 31 miles between England and France, with the additional complication that it had to be built underwater. The Brenner Base Tunnel, a 34-mile railway tunnel currently under construction, will run between Austria and Italy beneath the Alps.

Rozen, who runs an engineering firm in the Israeli city of Kfar Yona and worked on tunnels for the new train line between Tel Aviv and Jerusalem, said that one challenge is the different types of soil. The ground in Gaza is made up of soft soil, while the West Bank is rockier. A tunnel boring machine, or TBM, which can drill through a range of materials, can be used to overcome such challenges, he said.

“You’re going from soft soil into rock, but the machinery, the TBM, can be adapted accordingly,” Rozen said. “There will be of course technical problems like ventilation and lighting, but all of it can be solved by those dealing in this field.”

Rozen said it’s hard to offer an exact estimate on the tunnels cost, which depends on various factors, including the number of lanes it would have. But Rozen guessed it would cost “several tens of millions and more.” Building such a tunnel would take several years, but could be shortened if it was bored from both sides at the same time.

Ron Benari, a geotechnical engineer who has a firm in the moshav Kfar Bin Nun, echoed Rozen’s sentiments, saying a tunnel like the one outlined in the plan is feasible.

“It’s hard for me to believe that if tomorrow there would be an agreement between the Israelis and the Palestinians and they will accept all the Trump idea and Netanyahu, then it will fall down because somebody will say that’s a good idea, but its impossible to make this tunnel,” he said.