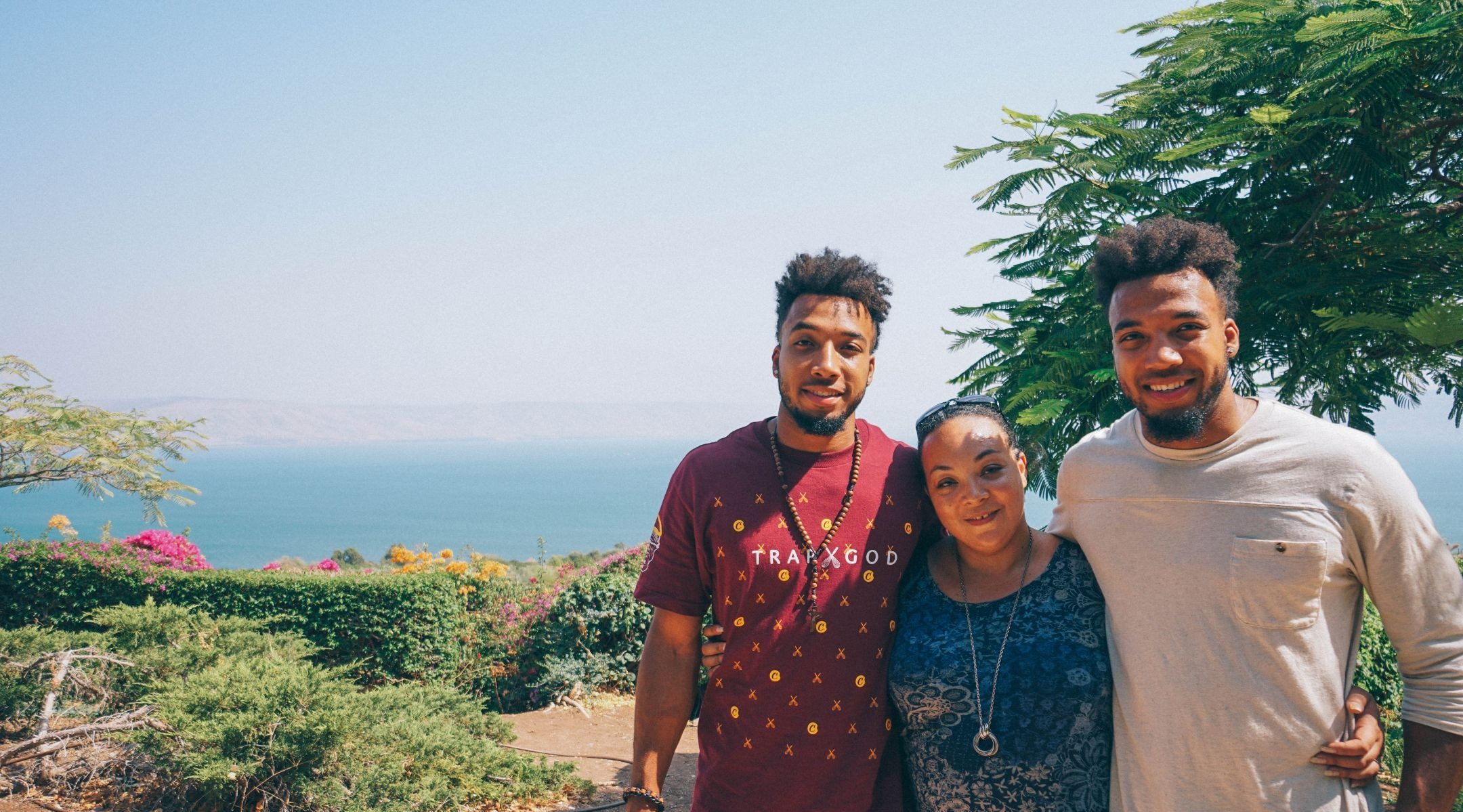 Participants in the Passages program visit historical sites important to Christianity, such as the Sea of Galilee. (Courtesy of Passages)
Advertisement

JERUSALEM (JTA) — As evening descended on Jerusalem one Friday last month, 1,000 students gathered at the Western Wall for the traditional prayers to welcome the Jewish Sabbath.

They joined the throngs who dance and sing at the holiest site in Judaism as Shabbat begins. When it was over, they repaired to the homes of local families for a traditional Shabbat meal with all the customary trappings.

For many, it was a highlight of a trip to Israel that had cost them almost nothing. Except these were not Jewish students on Birthright, but Christian collegians participating in Passages, a nine-day trip that teaches them about the roots of their faith and exposes them to modern Israel.

The brainchild of Rivka Kidron, a former adviser to Prime Minister Benjamin Netanyahu, and Robert Nicholson, who runs a nonprofit promoting Christian engagement in the Middle East, Passages aims to strengthen Christians in their own faith while exposing a younger generation of Christians to the diversity of Israeli life.

As many as 3,000 students a year have visited Israel through the program since its launch in 2016. Passages is on track to bring its 10,000th participant by the end of this year.

“We are at a unique moment in history where instead of focusing on what separates us, we can focus on our common shared values,” Kidron told the Jewish Telegraphic Agency.

The trip is frequently referred to as the Christian Birthright, but Kidron says the programs are different. While any Jewish young person can qualify to participate in Birthright, Passages participants must be recommended and go through a rigorous screening process that aims to identify leadership potential.

Still, they do have some things in common, notably that Passages functions as a matchmaker of sorts, already racking up a number of engagements and marriages. 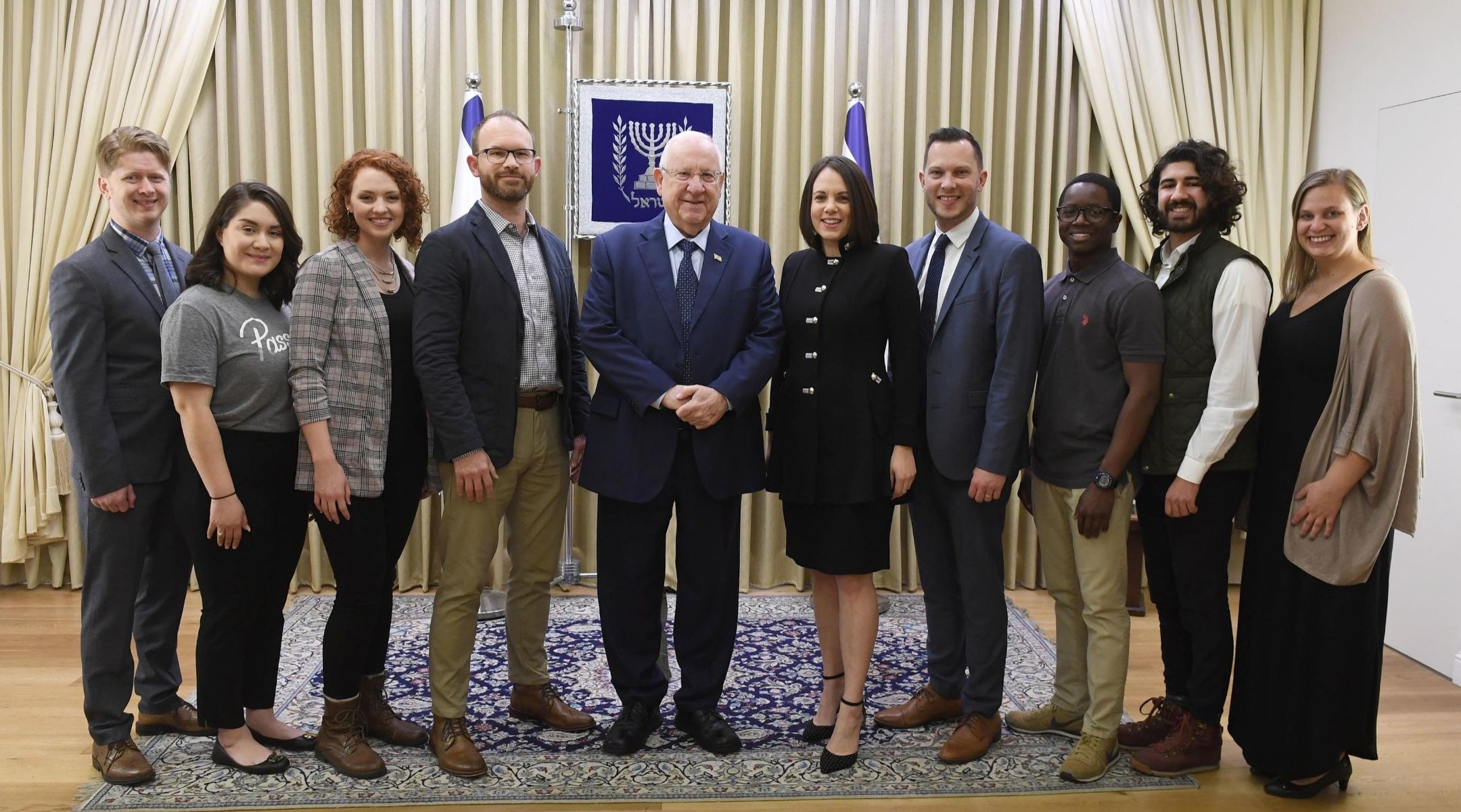 Kidron started thinking about bringing young Christians to Israel while working for Netanyahu as his adviser on Diaspora and Christian affairs from 2009 to 2013. Meeting Christian leaders from around the world for the first time, Kidron learned that Christian visitors to Israel were generally older and limited their visits to Christian holy sites, largely missing out on modern Israel. Young Christians, she said, weren’t coming at all.

Then she met Nicholson, a former U.S. Marine who founded The Philos Project, which aims to help Christians gain a better understanding of their religious roots in the Middle East. Nicholson was concerned by surveys showing that young Christians were moving away from their faith. Together they dreamed up Passages.

Funded by a “diverse group” of Jewish and Christian donors (Kidron declined to name them at their request), Passages is unabashedly pro-Israel, calling the country “a force for good in the region and in the world” on its website. But the program also seeks to acknowledge the complexity of contemporary Israel, exposing participants to “a diverse array of speakers who approach modern geopolitical issues in Israel and the Middle East from a variety of perspectives.”

Participants travel the length of the country and see its most important historic sites, including Bethlehem and the West Bank settlement of Alfei Menashe, as well as Jerusalem and Tel Aviv. They meet Christian Palestinians, Israeli Arabs, Jewish scholars and Israeli politicians, among others.

“We believe Passages participants are smart, good and have the ability to identify truth, and we therefore consider this an educational journey to both connect participants with the roots of their Christian faith as well as introduce them to modern Israel,” the group’s website says.

The program is selective about who it accepts. Passages relies on campus Christian organizations to help identify student leaders who are serious about their religion. Once accepted to the program, participants are required to pay several hundred dollars as a registration free and cover their own travel costs to the cities from which they will depart for Israel. Beyond that the trip is free.

Identifying participants, bringing them to Israel and following up with them afterward is an expensive proposition. Passages spent $15 million in 2019, and its budget for 2020 is $16.7 million, according to Executive Director Scott Phillips.

Phillips stresses that Passages is a “not just a trip.” Participants are expected to participate in post-trip programming that includes speaking to churches and writing articles for local newspapers, and Passages has recently begun offering a $200 financial incentive to encourage them to do so. Some 90 percent of alumni participate in post-trip programming, and some also return as Passages fellows to help lead future trips to Israel. 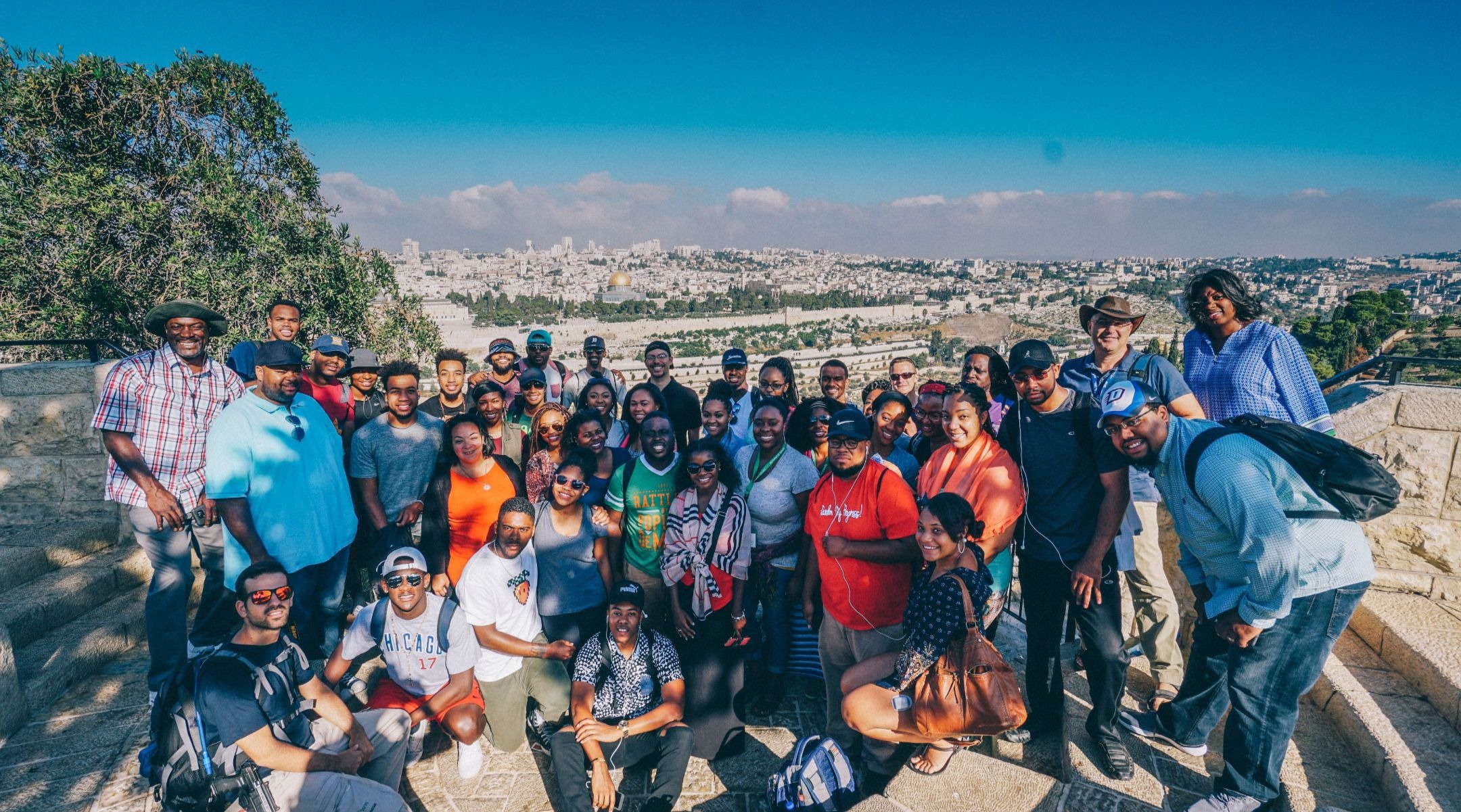 Participants in the Passages program visit Jerusalem to explore the history of their Christian religion. (Courtesy of Passages)

Prior to joining Passages, Phillips, 36, was on staff at a Texas church that brought groups to Israel. He became so interested in the country that he and his wife came to live in Israel for a time. Upon their return to Texas, Phillips became involved with the American Israel Public Affairs Committee, and eventually went to work for the Israel lobby doing Christian outreach in the Midwest. Since leaving AIPAC for Passages, he and his wife have remained in Aurora, Illinois.

The group would like to hold regular reunions for its participants. For now, they have mini meetups such as leadership conferences on some campuses for between 100 and 300 students.

Phillips says the success of the Passages program is a “long game.” Growing the number of students it brings to Israel is one goal, but the final measure of success will be keeping them engaged in the Christian community and in Israel advocacy.

“This trip has placed Israel and the Jewish people at the center of my mind when I consider my Christian faith,” wrote Esther Jiang of Cornell University in one of a number of testimonies on the Passages website. “I am so incredibly thankful to have gone to Israel, and I can safely say that I’ll never be the same. I find myself talking about Israel to anyone who is willing to listen, and I also find that I have a stronger grasp of how the Jewish people are central to my faith.”