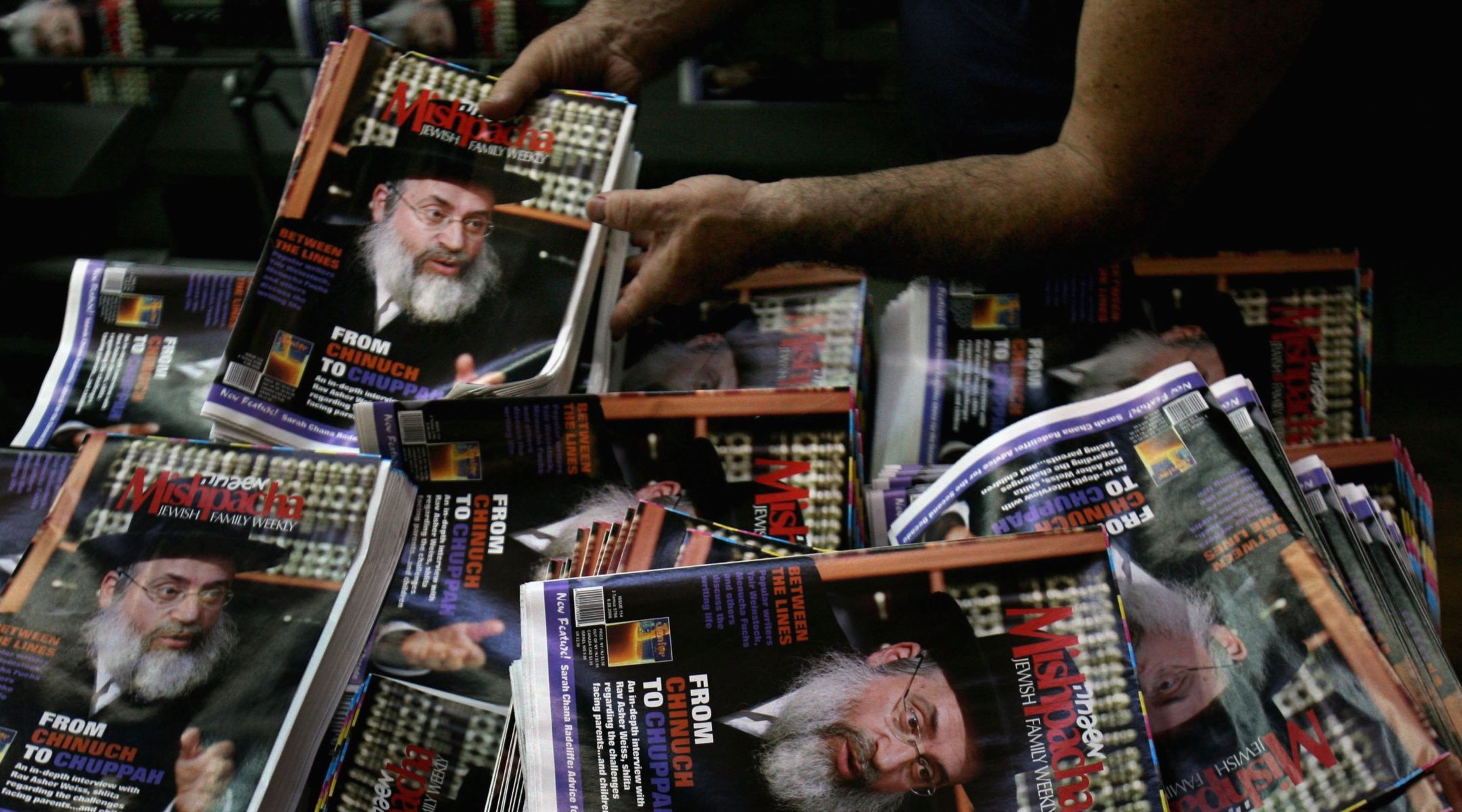 CLEVELAND (JTA) — In a recent article, the Jewish Telegraphic Agency’s Ben Sales and Laura E. Adkins expertly synthesize a number of viewpoints on why Orthodox Jews have increasingly found their political home in the Republican Party. Two themes are evident immediately — many Jews believe the party to be more firmly supportive of Israel and to align with their social and religious values.

The same day, Adkins and Sales published another piece explaining a recent polling effort to understand the political opinions of Orthodox Jews as they relate to support for President Donald Trump. The results are insightful, though the survey instrument is not ideal. The survey findings indicate that there is a large gap in support, most evident along religious lines, within the Orthodox Jewish community. The poll’s authors note with interest that while only 32% of Modern Orthodox respondents voted for Trump, 66% of the haredi voters opted for the president.

Both articles are important and valuable contributions to our understanding of the current state of political affairs in the Orthodox community. However, I would suggest that neither gets to the crux of the issue — how did so many Orthodox Jews come to believe that the Republican Party is more fully aligned with their values?

As a social scientist, journalist and Orthodox Jew, I would suggest that the answer can be found in a combination of three post-1990 trends that have had a profound impact on the Orthodox Jewish community: globalization, the massive increase in the political power of faith-based organizations and the rapid rise of media outlets oriented toward haredi Jews.

These trends have completely reshaped the relationship between the haredi community and Israel, and increased the ability of Orthodox Jews throughout the country to share similar values and ideals via political communications.

Sales and Adkins correctly identify the ’90s as the beginning of the trend toward Republican support. Following the fall of the communist bloc in Europe, the global economy grew more interconnected. Large corporate organizations gained increased influence between, rather than within, countries.

The impact of globalization on such a small and fledgling country such as Israel was huge, but one very significant element is the massive increase in tourism. Between 1991 and 2018, the number of yearly tourists in the country more than doubled, from 191,500 to 468,000. Taglit-Birthright, the premier Israel experience program for young people, was founded in 1999 and has since taken more than 600,000 participants to the country.

Countless American Jews — particularly Orthodox ones — began visiting Israel frequently, sending their children to yeshiva programs and settling the country. Historically, the Modern Orthodox community has included the most ardent supporters of the State of Israel, while the haredi community — those who typically adhere to more strict religious and cultural practices — has not fully adopted Zionism and support for the state into its doctrine.

In this new era, however, deep connections to Israel as more than an abstract ideal or a place that only few have seen began to take root. Along with the rapid increase in Israel tourism and gap year programs, the new millennium also ushered in technological advances that increased a sense of safety and a hyperconnectivity with those visiting the once foreign country. Today, Orthodox Jews from all sects feel a close and personal connection to the state — one they can communicate, in real time, to those at home.

At the same time, the power of Jewish institutions in the United States began to soar. Following the creation of the Points of Light Foundation, the nonprofit sector — and faith-based institutions, specifically — grew rapidly. President George H. W. Bush tried to promote a national culture of volunteering, and his son, President George W. Bush, followed with his effort to federally fund such organizations. The 2002 Faith Based and Community Initiative, supported by then-Sen. Joe Lieberman, gave unprecedented power and funding to faith-based organizations.

The combined effect of both campaigns has come to be regarded by nonprofit and public administration scholars as a turning point in the support of nonprofits as service providers, political actors and community developers — responsibilities and powers once conferred solely to those affiliated with political institutions.

As a result, Orthodox Jewish institutions such as the Orthodox Union and the National Council of Young Israel — initially designed to serve religious and communal needs — began to engage in more explicit political practices. Though these efforts must be kept under a specific threshold or carry a slightly different organizational label, they have created a new kind of enmeshed Jewish institutionalism that does not separate between the political and communal. Rabbinic oversight, once pursued for strictly religious purposes, now spills over into political speech — and religious leaders now maintain sovereignty over political opinions as well as matters of Jewish law.

Jewish media growth also was integral to the shift in political behavior — it is the medium by which people share viewpoints garnered through lived experience with the backing of leadership and institutions. The two largest Orthodox Jewish media outlets — Yated Ne’eman and Mishpacha — both came into existence in the late 20th century (1987 and 1984, respectively) and garnered tremendous support in the late ’90s and early 2000s, eventually leading to English versions and an American Orthodox audience.

For decades, their pages have been utilized for opinion and lifestyle features. But they’ve had another tremendous impact on the Orthodox Jewish community — their large circulations extend beyond the New York-New Jersey area. The recent historical trend of large insular Jewish communities being starkly different in perspective and ideology from their smaller, less New York-connected counterparts has all but disappeared. Ideas that might have been contained to several blocks of Brooklyn are now portrayed as national, or even global, in reach and universality. Orthodox Jews around the world have come to believe that regardless of where we live, we share a distinct set of aspatial political, social, religious and cultural beliefs and practices.

Policies are but one of a number of reasons why communities come to support certain specific candidates and parties. Many Orthodox Jews back Trump and the Republican Party because they have come to know and love a country in an intimate way, because our institutions have outsize influence and because our media outlets encourage a singular narrative.

If we are to truly understand why Orthodox Jews behave as they do, we must consider the patterns and behaviors in the same ways we understand other non-majority groups and see the larger systems in place that determine how we think, feel and act.