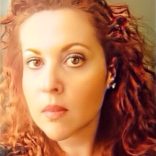 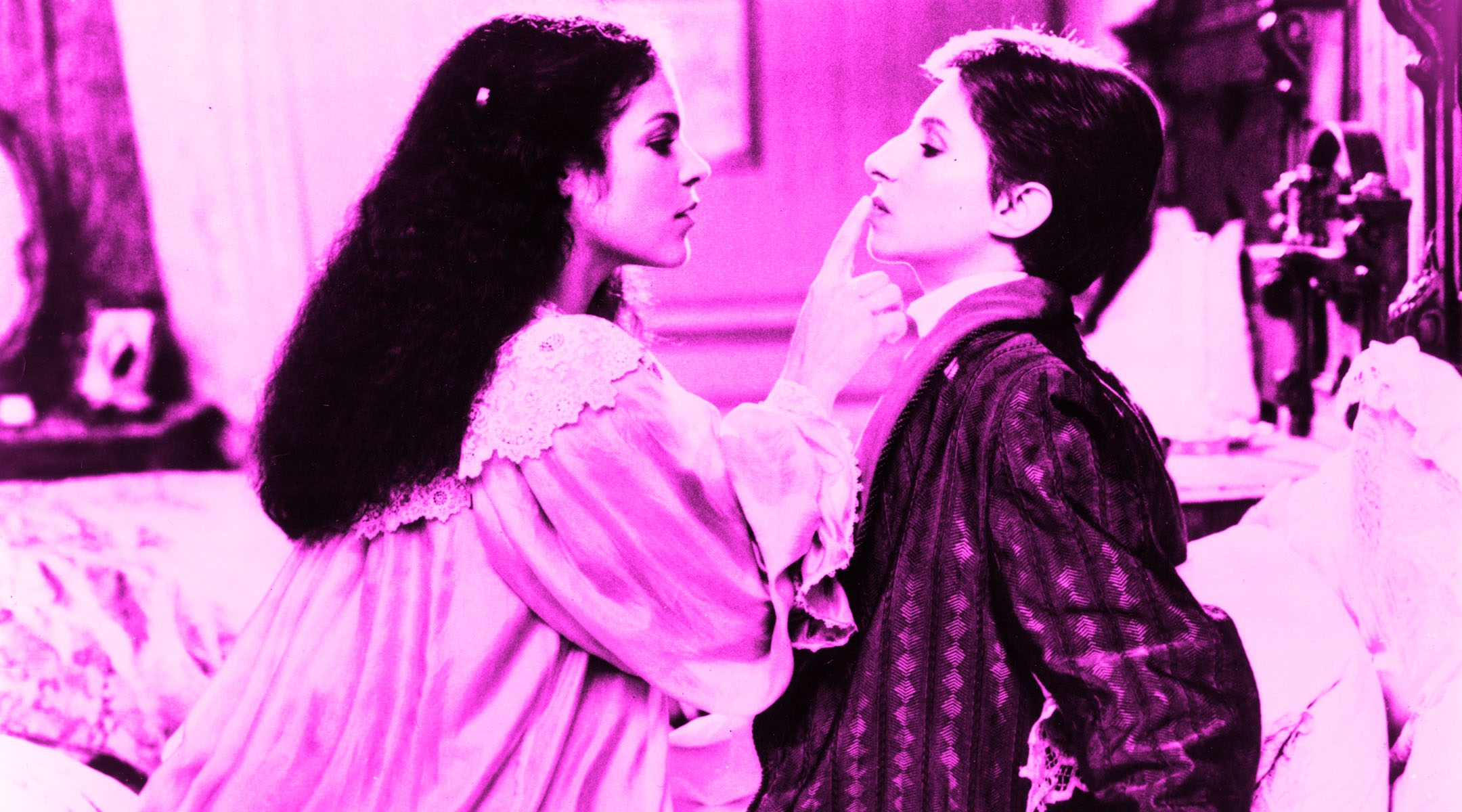 Amy Irving and Barbra Streisand in a touching scene in the movie "Yentl" circa 1983. (Hulton Archive/Getty Images)
Advertisement

NEW YORK (JTA) — About 20 years ago, my friend Julia used to hang out with the legendary comedian Jackie Mason and tell me about their shenanigans. One evening when they were leaving the Applejack Diner in Midtown Manhattan with his entourage, a limousine pulled up to the curb. Out stepped a statuesque blonde, who glided into the building next door.

Julia and the others burst out laughing. While the blonde was indeed Nicole Kidman (she and Tom split soon afterward), Nicole was no yenta. A lithe and icy gentile, she was as far from a yenta as anyone could be. But to Jackie Mason, if you were a woman, you were a yenta.

For Julia and me, this sparked a two-decade debate about yentas.

Who, exactly, is a yenta these days? I used to think it was a matchmaker until Julia told me it was a gossipmonger (and that the Hebrew word for matchmaker was actually “shadchan”). According to the Forward’s Ezra Glinter, the Yiddish term yenta came from the name Yentl, which came from the old Italian word “gentile” (as did the modern words gentle and genteel) — meaning not non-Jewish, but noble or refined.

Over time, Yentl became yente or yenta, but the name Yentl never disappeared. (Who can forget Barbra Streisand as Yentl the yeshiva boy singing “Papa can you hear me? Papa can you see me?”)

But how did a name meaning “refined” come to mean “blabbermouth”?

It’s actually at least partly the fault of the Forward, Glinter writes, which in the 1920s and ’30s published a series of comic sketches by B. Kovner about a gossipmongering wife named Yente Telebunde. Because the sketches were so popular, the name became synonymous with “busybody,” which continues to this day.

So yentas are the friends who try guessing our paycheck down to the cent, announce their own business — and ours — to a packed subway train, and insist on setting us up with their broke brothers. They’re Sylvia Miles in “Crossing Delancey,” sitting on a park bench with Amy Irving and her bubbe, hatching a plan to match Amy with the pickle man Peter Riegert. They’re the oversharing comedians Sarah Silverman, Amy Schumer and Jenny Slate, the babbling hosts of “The View” and the nosy Patti Stanger of “Millionaire Matchmaker.”

They’re the old and the young: The Jewish dating site JDate launched a “Powered by Yentas” campaign starring three coding grandmas figuring out the right algorithms to find daters the perfect match. And millennials Marissa Brostoff and Mindy Isser created a Twitter account called Red Yenta to match socialists across the country.

But while yentas vary widely in age, they appear to be less diverse in gender. So was Jackie Mason right? Did poor Tom Cruise have to tolerate not only Nicole’s towering over him by a foot, but also her meddling and kvetching? Are all women yentas simply by virtue of having two X chromosomes?

My friend Julia was starting to think the answer was “yes,” while I insisted there was still no way Nicole was a yenta, though other women might be.

Psychologist Tania Reynolds at Florida State University found that adult women gossip about each other to make themselves look better and spread rumors about other women who pose a threat to them. Highly competitive women gossip at the highest rates. (OK, maybe there was an itty-bitty chance that Nicole was a yenta).

The writer Michele Lent Hirsch, however, revealed a kinder side of women. For Psychology Today, she spoke to the biological anthropologist Helen Fisher, who said that women, with their more active estrogen and oxytocin systems, and their better-developed intuition and sense of caring, are more biologically inclined than men to be matchmakers.

But in the same piece, Jeremy Nicholson from the Chicago School of Professional Psychology disagrees. He believes empathy and extraversion push people to set up others. Plus, Cupids thrive on the challenge of matching compatible friends — so both men and women are yentas.

Julia thinks that the male version of a yenta — the meddler, not the matchmaker — is a mansplainer. It’s the guy who won’t let us get a word in edgewise. The dude with a middle-school diploma mansplaining neuroscience to his female friend with a Ph.D. Matt Damon mansplaining diversity to the producer Effie Brown, who’s not only a woman but also black.

While the mansplainer-as-yenta makes perfect sense, social media has forced us to broaden our understanding of yentas even further, I told Julia. People on Facebook, Twitter and Instagram post their own tsuris for the world to see and comment on other people’s tsuris. They share, reshare and overshare everything from what they ate for breakfast to the composition of their stool (not the one they sit on). Over 3 billion people worldwide use social media — that’s a whole lot of yentas.

The most notorious yenta of all is Donald Trump, who tweets incessantly and dishes out insults as easily as he leaks U.S. intelligence secrets. Sam Nunberg, one of his earliest 2016 presidential campaign aides, even called him “a f***ing yenta.”

Ironically, Julia never got into social media; she’s one of the few people I know without a Facebook account. Her husband, however, posts all day long. Jackie Mason, like Julia, is no fan of social media: “You don’t talk to your neighbor, but you do talk to the guy in Siberia?” he’d grumble to his entourage like the world’s gone meshugenah (crazy).

And Nicole Kidman? For years there was no trace of her online, but then in early 2018, I saw her bestie Naomi Watts (who has two kids with that sexy mensch Liev Schreiber) “like” a photo of a woman on Instagram. She was blonde … statuesque … gentile. It was Nicole!

Since then, Nicole has been posting her own business and commenting on other people’s business, sharing and oversharing.

Florina Rodov
has written for The Atlantic, CNN, Shondaland and others, and is working on two books.
The views and opinions expressed in this article are those of the author and do not necessarily reflect the views of JTA or its parent company, 70 Faces Media.