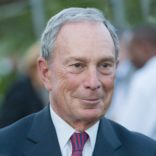 (JTA) — This is the third op-ed in a series of pieces about anti-Semitism and Jewish issues written by 2020 presidential candidates. This one is by Mike Bloomberg, 78, the former mayor of New York City.

1. Anti-Semitic hate crimes are currently on the rise across the United States. In 2018, there were two deadly shootings at synagogues in Pittsburgh and Poway, violent attacks now regularly plague the Jews of New York City, and Jews continue to be the target of most religion-based hate crimes across the country. In a few sentences, describe your plan to address the rise in U.S. anti-Semitism.

Anti-Semitic violence is on the rise. We’ve seen it in the New York area – including the recent horrific attacks in Jersey City – and across the country. As a Jew, as an American and as a human being, I am deeply disturbed every time I hear about these hate crimes.

There is no single answer. And no single person is entirely to blame.

Anti-Semitism is hardly the exclusive domain of one political party.

It can be found on both the right and the left.

But there is one fact that we cannot ignore: Presidential leadership matters.

When the president calls his supporters “real Americans” — an echo of the language that nativists, anti-Semites and the KKK used for many decades — he undermines our fundamental national values.

When he is silent — and even supportive, through his words and tweets — as racist groups spread hate, he puts the public safety of our communities at risk.

The best way to combat the rise in anti-Semitism we’ve seen under President Trump is with a president who brings people together instead of tearing them apart. That’s exactly what I will do. I will speak out against anti-Semitism on the right and on the left. I will speak out against it whether it shows up on the floor of Congress — or on campus quads.

But I won’t stop there. I’ll speak out against hatred of all kinds.

That’s something I learned from my parents. My father never made more than $6,000, but I remember him writing out a check to the NAACP for $25 or $50, which was a lot of money for us. When I asked him why, he said: Discrimination against anyone threatens all of us.

I have always carried that lesson with me. And, as president, I will do everything in my power to put an end to all forms of discrimination.

I will label hate crimes as “domestic terrorism” — and charge perpetrators accordingly.

I will launch a national, coordinated effort, led by the FBI director and Department of Justice, to crack down on violent extremists.

I will expand the Department of Education’s Stop Bullying Campaign, so we can put an end to harassment in schools — including on college campuses.

And I will never stand by idly in the face of hatred — against anyone.

Israel is the closest and most reliable U.S. ally in the Middle East. And I believe guaranteeing the survival of a democratic, Jewish state in the Holy Land is a solemn obligation of the United States, as it has been for more than half a century. That doesn’t mean an Israeli government is above criticism. And I am quick to tell them when I believe they’ve done something wrong.

That said, there’s a difference between objecting to specific policies of Israel’s government and attempting to delegitimize Israel altogether — as some on the left have done. When I have differences with Israeli policies, I will work directly with the Israeli government to address my concerns. I will do so in a manner that befits the close relationship between our countries.

Let me be clear: I strongly oppose the BDS movement. And I vehemently disagree with everyone who fails to see why the Jewish people deserve a permanent Jewish state.

Too many people seem to have forgotten the long and painful history of Jews being persecuted around the globe. And too many have overlooked the continued hatred Jews face today.

As president, I will always call out anti-Semitism, no matter which side of the aisle it’s coming from.

Since the very beginning, America’s support for Israel has been strong and broadly bipartisan.

But in the past few years, we have begun to see troubling cracks in that bipartisanship.

And yet: Instead of repairing the cracks, the President has pulled them apart — by trying to use Israel as a wedge issue for his own electoral purposes.

That is a disgrace.

We must never let Israel be a football that American politicians kick around in an effort to score points.

The relationship between our two countries has been so strong because it transcends partisan politics here and in Israel. And it is built on our shared values: freedom and democracy, law and justice, integrity and compassion.

Those are just hollow words to our president. But to me, they are everything.

Our best hope for enduring peace is an agreement that has as its foundation two states — one Jewish and one Palestinian. That, I believe, is the best way for Israel to remain a prosperous, secure and stable Jewish democracy; and for Palestinians to be provided with the justice, democracy and opportunity they deserve. And it is good that President Trump’s plan affirms that.

But any viable plan requires buy-in from both sides, and over the past three years, the president has done nothing but hurt the U.S.’s position as an effective broker in the Israeli-Palestinian conflict. As this process unfolds, it is critical that neither party take unilateral steps that could trigger instability and violence.

The Palestinian people need leaders who prioritize basic services, human rights and economic opportunity; and they need to put an end to all incitement and terrorism — particularly the indiscriminate rocket attacks against Israel emanating from Gaza. And Israeli leadership must avoid preemptive actions until they reach a peace agreement with the Palestinian people.

In the meantime, I support continued international assistance to help the Palestinian Authority improve technology, infrastructure, education and entrepreneurship for law-abiding citizens.

Our nation’s commitment to Israel’s security, prosperity and democracy is based on shared values, not just common interests. And as president, I will ensure that commitment remains unshakable.

4. Is there any part of American Jewish culture, or a Jewish figure from history, that has been particularly meaningful to you in your life?

Do my parents qualify as Jewish figures from history? My mother kept a kosher house, but my parents taught me that Judaism is about much more than our rituals. It’s about our values.

Emma Lazarus holds a special place in the hearts of all New Yorkers. And since I grew up in Boston, Red Auerbach was an icon, too. Red is famous for what he did to build one of the great basketball dynasties ever in the Celtics. He was Jewish in a largely Catholic city, but it didn’t matter — most people don’t think of him as a Jewish leader. He was just a leader. And he was the first NBA coach in history to put in an all-black starting five. Because he realized, before we are anything else, we are all humans and all equal. As one of the only Jewish kids in an elementary school just outside Boston at that time, his success showed anything was possible, and his commitment to equality was something my parents shared.

I didn’t feel like I experienced any prejudice as a kid. But I didn’t find out until I was an adult that there was a covenant on houses in our neighborhood when we moved there from Brookline, so my parents’ Irish lawyer had to buy our house and then immediately sell it to my parents. They shielded us from that — and they taught us that every single person — Jewish and Muslim, white and black, gay and straight — is a human being made in God’s image. And we must never “stand idly by,” to quote Leviticus, while our brothers and sisters suffer. That means confronting bigotry in all of its forms, no matter who it comes from.

When I was a kid, my mother prepared seders every year but my grandfather ran it — entirely in the original Hebrew and Aramaic. He didn’t say a word of English from the start to the finish. For most of my adult life, I’ve gone to my sister’s house for seder, and I think because of our experience as kids, she works especially hard to make it open and accessible and understandable to everyone.

I’m also, of course, familiar with all of the other Jewish holiday rituals — from fasting on Yom Kippur to eating apples with honey on Rosh Hashanah.

Needless to say, I’m a bigger fan of the latter.

Mike Bloomberg
was the mayor of New York City from 2002 to 2013 and is a Democratic candidate for president.
The views and opinions expressed in this article are those of the author and do not necessarily reflect the views of JTA or its parent company, 70 Faces Media. 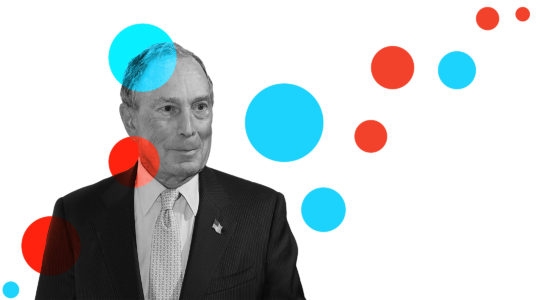