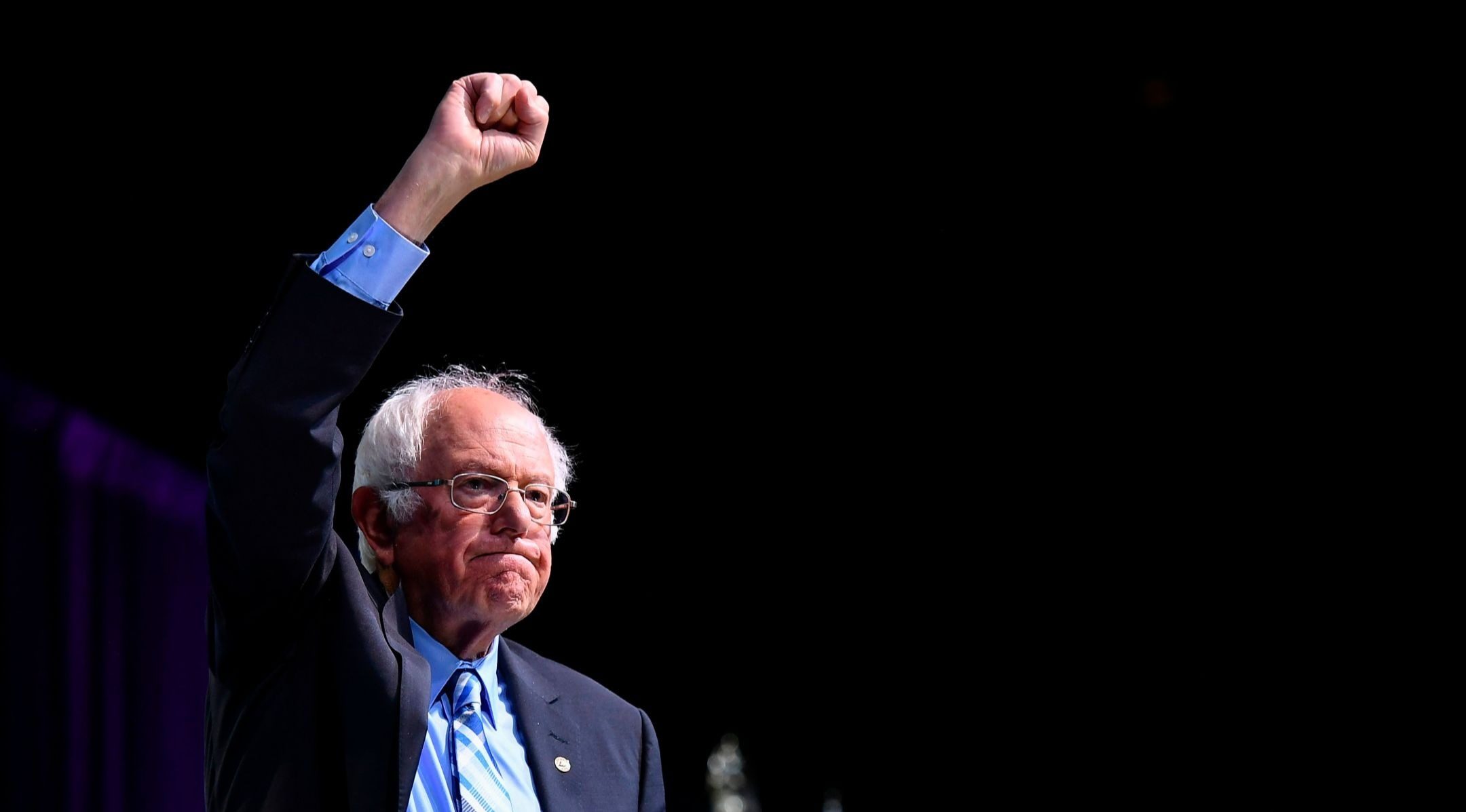 Sanders, a Vermont senator, was declared the winner late Tuesday with 26% of the vote and more than 90% of precincts reporting. The victory, notched against a crowded field, was a far cry from the decisive win he delivered against Hillary Clinton in New Hampshire in 2016.

The victory comes a week after a glitch-filled caucus in Iowa meant that Sanders missed out on becoming the first Jewish candidate to neatly win the inaugural contest of the presidential nomination process. Iowa’s Democratic Party has not yet declared a winner, but Sanders and Pete Buttigieg, the former mayor of South Bend, Indiana, appear essentially to have tied.

Buttigieg finished second in New Hampshire with just under 25% of the vote, followed by Sen. Amy Klobuchar of Minnesota. Each of the three candidates will earn some of the state’s 24 primary delegates.

Sanders claimed a win in Iowa in his victory speech in New Hampshire.

“The reason we won in New Hampshire tonight and we won last week in Iowa is because of the hard work of so many volunteers,” said Sanders, whose supporters are known for their dedication. “Let me say tonight that this victory here is the beginning of the end for Donald Trump.”

An estimated 10,000 Jews live in New Hampshire, a politically diverse state. In 2016, Sanders made Jewish history by becoming the first Jewish candidate to win a state presidential primary. At the time, several New Hampshire voters told the Jewish Telegraphic Agency that they were drawn to Sanders because of his “authenticity” — but they didn’t mention his Jewishness.

During this campaign, Sanders has made his Jewish identity more central to his candidacy. In interviews and public statements, he has regularly said that his Jewish values and experiences animate his progressive politics. He has alluded to the fact that he lost family members in the Holocaust, spoken out strongly about anti-Semitism and released a video declaring that he is looking forward to becoming “the first Jewish president in the history of this country.” Last week, the longtime senator cited being Jewish as one of his two biggest influences along with growing up poor.

Sanders has also become more vocal about Israel over time. He supports Israel’s right to exist and defend itself but is sharply critical of Prime Minister Benjamin Netanyahu’s conservative policies. He also has adopted a handful of surrogates who have been more critical of Israel.

Sanders is not the only Jewish candidate running to unseat President Donald Trump, a Republican. Mike Bloomberg, the billionaire businessman and former New York City mayor, is financing a run for president but entered the race too late to get on the ballot in New Hampshire.

Two other candidates on the New Hampshire ballot have one Jewish parent each but do not identify as Jewish. Tom Steyer identifies as an Episcopalian and Michael Bennet’s mother is a Holocaust survivor. Bennet dropped out Tuesday night after a weak showing in New Hampshire, as did entrepreneur Andrew Yang.