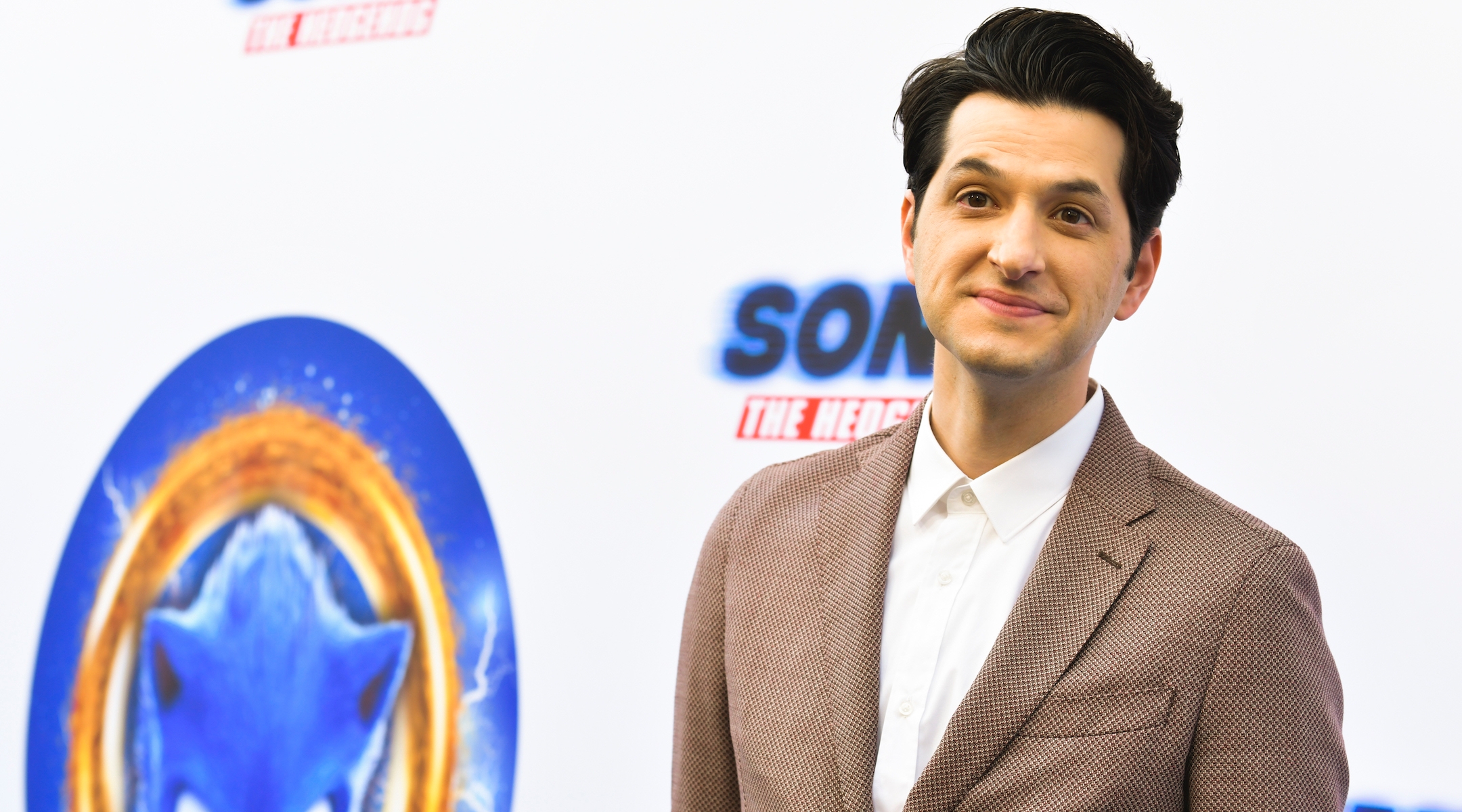 (JTA) — Ben Schwartz fits in well in the world of neurotic Jewish comedians.

He was so anxious to get the word out about his new movie, “Standing Up, Falling Down” — a delightful indie dramatic comedy co-starring Billy Crystal in which Schwartz plays a struggling stand-up comedian who has moved back in with his parents in his 30s — that at the last minute he moved up this interview 72 hours.

“Even with Billy [in the cast], there was a chance we wouldn’t get distribution,” Schwartz said. “There is a chance that indies like this disappear, especially now with so much content out there. There are so many TV shows out there and we’re trying to make sure it doesn’t get lost. It’s so hard to get people to care.”

But perhaps Schwartz, who until now was best known as Jean-Ralphio on the hit sitcom “Parks and Rec,” shouldn’t worry so much. He’s also the voice of the eponymous character in “Sonic: The Hedgehog,” a movie based on the beloved video game that has dominated the box office for two weeks in a row. He continues to do voice work on two popular children’s shows, “Rise of the Mutant Ninja Turtles” and “Duck Tales.”

Schwartz is soon to become a presence on Netflix as well: His improv comedy routine, Middleditch and Schwartz (with Thomas Middleditch, of “Silicon Valley” fame), will soon debut on the streaming platform. Schwartz also landed a major role in a Netflix comedy series, “Space Force,” opposite Steve Carell and John Malkovich.

“I’m a Jewish man from Riverdale. There will always be anxiety,” he said on the phone, referencing his hometown Bronx neighborhood. “Despite everything going on, in the back of my head I’m thinking I don’t have my next job. I have to learn to worry less and enjoy what’s happening.”

In “Standing Up, Falling Down,” Crystal plays Marty, an older, eccentric dermatologist who is also a widower alienated from his son. Schwartz portrays Scott Rollins, a 30-something who has just returned from Los Angeles to live with his parents on Long Island after four failed years of trying to make it as a comedian.

The film is about “two human beings living flawed and messy lives, leaning on each other and trying to get their shit together,” in Schwartz’s words.

That may sound like a tired format, but critics have noted that the chemistry between the two stars is quite engaging. That could be partly due to the fact that Schwartz and Crystal became close friends during filming, which lasted just three weeks. 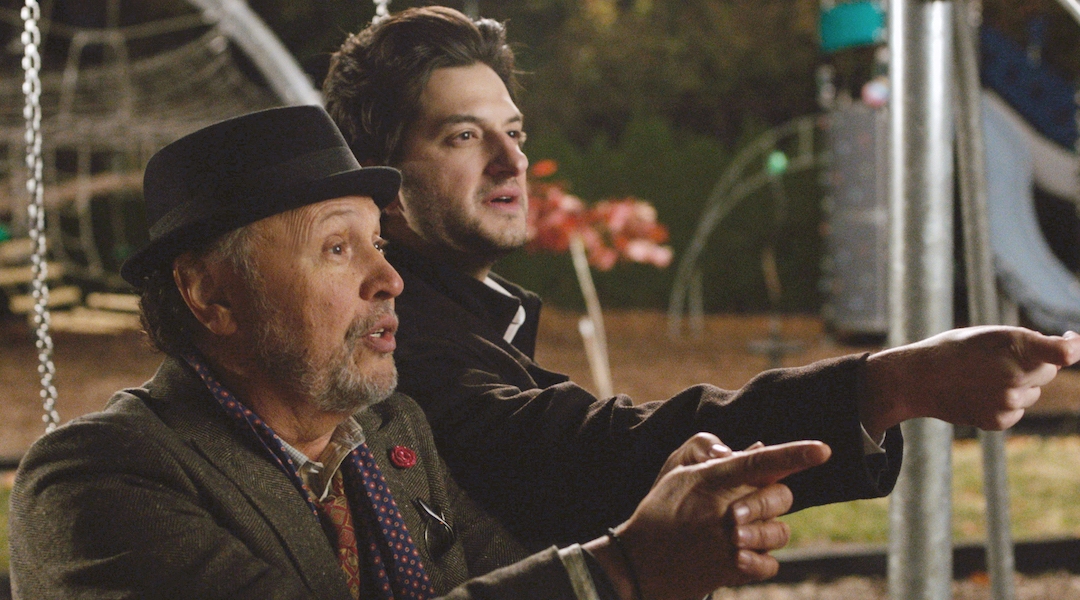 Billy Crystal and Schwartz star in the indie comedy “Standing Up, Falling Down.” (Shout! Studios)

In fact, after looking through Schwartz’s previous work — including acting as a rabbi in the blockbuster comedy drama “This is Where I Leave You” and writing and directing a short a short film titled “I’m a Mitzvah” — Crystal said that he’d only act in the film if Schwartz did as well.

Since then, the pair have stayed close, eating dinners and attending Los Angeles Clippers basketball games together.

“It feels like high school, hanging out with your friend … it’s heaven,” Schwartz, 38, told People last week of being with the 71-year-old Crystal.

There is nothing overtly Jewish about the Rollins family, but one scene takes place in a synagogue where Crystal had his real life bar mitzvah. Schwartz suggests one look at his face should answer any questions about the family’s Jewishness. Also, he says, film mom Debra Monk provided the same kind of warm support he received growing up.

While Schwartz was born in Riverdale, his family eventually moved to suburban Edgemont in Westchester County. His father was a social worker who went to work for the YM-YWHA after he retired. His mom still teaches at a New York City public school. Schwartz did not attend Hebrew school after moving to Westchester, but he had a private Hebrew tutor and a bar mitzvah.

After returning from college, he made a deal with his parents to let him live at home for two years. If he didn’t make it in the world of stand-up comedy by then, he’d get a real job. Eight months later he was doing well enough to move out and landed a job as a page on David Letterman’s show. Schwartz began writing jokes for the show and thus launched his career.

“Parks and Rec” was his big break, but he has since acted in dozens of other movies and shows.

His secret so far? Commitment to craft — and joking about it well.

“I lived in a cave with a hedgehog for 13 years,” Schwartz said about his preparation for “Sonic.” “Like Daniel Day Lewis.”