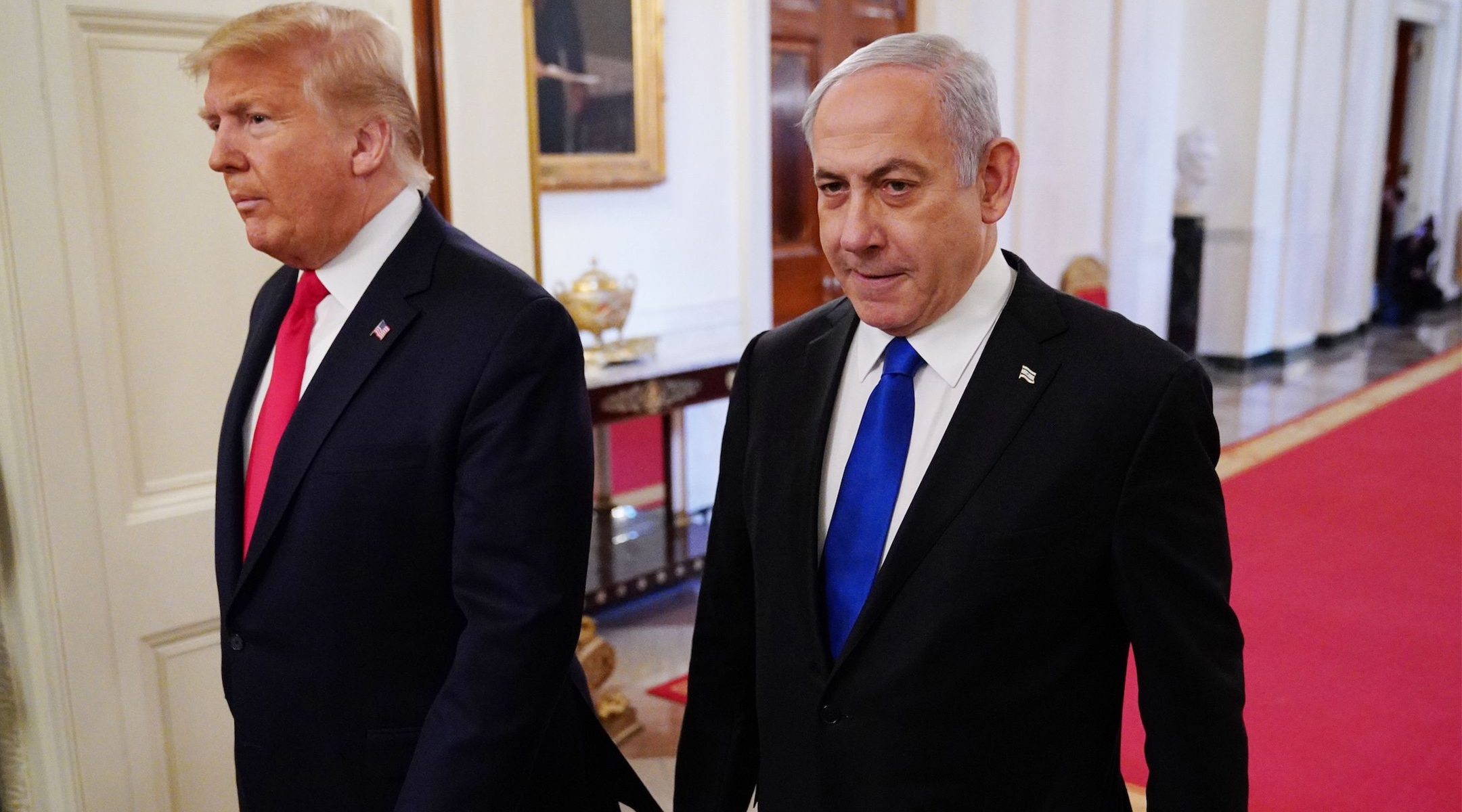 WASHINGTON (JTA) — Fifteen years ago, I wrote a piece for The Washington Post titled “Israel’s Lawyer.” The conceit was pretty simple, though in some quarters it was seen as highly provocative: For too long, too many senior U.S. officials working on the Arab-Israeli peace process, including myself, had effectively been serving as attorneys for one side instead of working to achieve a peace agreement that was in the best interests of the United States, Israel and the Palestinians.

A decade and a half later, I have come to realize that I was clueless as to how far an administration might actually go in furthering Israel’s narrative at the expense of Palestinians — and how much they could undermine U.S. interests in the process. While negotiation teams I have served on may have acted as a partial broker, the bias of Trump’s peace team makes our missteps seem trivial in comparison.

“Israel’s lawyer” was a term I found in Henry Kissinger’s memoirs and resurrected for Secretary of State James Baker during the nine months leading up to the Madrid Conference in October 1991. Baker loved the idea because he understood that to reach an agreement, he’d need to balance the requirements of both sides. Yes, the United States has a special relationship with Israel, but if that bond became exclusive, America would lose the credibility, leverage and trust it needed from both sides to raise the odds of reaching an accord.

It’s no coincidence that the U.S. has succeeded in the peace process only three times — Kissinger’s three disengagement agreements with Israel, Syria and Egypt, 1973-75; Jimmy Carter’s Camp David Accords and the Egyptian-Israeli peace treaty 1978-79; and Baker’s Madrid Conference. In each case, the U.S. lawyered for both sides.

Watching the past three years of the Trump administration’s handling of the peace process, it has become clear that the team that put the “Deal of the Century” together (many of whom were real lawyers) had an additional client far more important than Israel — Donald Trump.

I have worked on teams for U.S. presidents, too — between 1989 and 2000 for George Bush Sr. and Bill Clinton. But we genuinely believed in working toward an outcome tethered to the U.S. national interests, not merely anchored in the political advantage and personal ego of the occupant of the White House.

During the Clinton administration, we had a policy of clearing drafts and positions with the Israelis, and generally gave Israel a much wider margin to influence key issues in the negotiations — especially when it came to security-related matters — than we ever gave to the Palestinians.

This was no secret. At the Camp David summit in July 2000, I vividly remember PLO negotiator Saeb Erekat asking me on the fourth day of the summit what the holdup was in turning over a draft paper that the United States had prepared for the Palestinians review. Erekat added that I should please tell the Israelis to hurry up and review the document so that we could accommodate their changes and get the document (ostensibly representing the U.S. position) back to the PLO.

But whatever mistakes our team made — our pro-Israel bent certainly among them — we tried to honestly wrestle with the tough issues in a way that would allow both Israel and the Palestinians to engage on them.

The Camp David summit was ill advised and ill conceived, and neither we, Israeli Prime Minister Ehud Barak nor certainly Yasser Arafat were prepared. The negotiating parameters that President Clinton put on the table in December 2000 were offered up too late and in the worst possible circumstances. But the substance of the ideas on territory, Palestinian statehood and Jerusalem were seen as serious and credible.

Not surprisingly Arafat, thinking he’d get a better deal from the incoming Bush administration and riding the tiger of Palestinian violence, all but rejected them. But even had Arafat accepted them, it‘s highly arguable whether he or any Israeli leader would have been able to sell them in the environment of the terror-ridden environment of the second intifada.

Still, I look back now and feel that if we had really been acting as Israel’s lawyers, then we clearly failed. If you really want to see lawyers in action, take a look at the peace plan that the firm of Trump, Jared Kushner, Jason Greenblatt and David Friedman have put on the table. It’s neither a basis for immediate negotiations nor a framework that might serve as a future basis for talks. It is the ultimate product of pro-Israel lawyering at its best – an effort to use words like “state” and “capital in Jerusalem” to mask a unilateral effort to bring America’s conception of the final status of the West Bank in line with that of Benjamin Netanyahu’s Israel. It is an effort to fundamentally and unalterably drive the final stake through the heart of a two-state solution.

The irony, of course, is that this really hasn’t done the State of Israel any great favors. It’s one thing to tilt toward Israel in a negotiation. It’s quite another to try to so totally move the goalposts and make any kind of agreement with the Palestinians nearly impossible to achieve.

Trump and his lawyers, by trying to paint the GOP as the go-to party on Israel and attack the Democrats as Satan’s finger on earth, have undermined the one strength essential to maintaining the vitality of the US-Israeli relationship: bipartisanship. Sadly they’ve had more than a little help from progressive Democrats playing into their hands with words that have morphed far beyond legitimate criticism of Israel into age-old anti-Semitic propaganda. Sen. Bernie Sanders, having repeatedly used the word racist to describe the Israeli government and prime minister, will afford the Republicans an easy target and enormous opportunity in this regard if he becomes the Democratic nominee for president.

When he has sought my advice during the past couple of years, I have advised Jared Kushner not to become Israel’s lawyer. The last time I met with Kushner, he asked me what, in my view, would constitute success on his part. I made it clear that there was zero chance of reaching a conflict-ending accord, as neither Palestinian Authority President Mahmoud Abbas nor Netanyahu were willing or able to make the decisions required to achieve one.

But I also told him that if he wasn’t careful, he could make the situation a great deal worse. The key was to put something out that was credible and would put America in position to be seen as a party that could be trusted by all sides to work on the issue in the future. Whatever Israel and the Palestinians need to succeed in making peace, what they don’t need is precisely what the Kushner law firm delivered: a framework that may well have hung a closed-for-the-season sign both on a viable peace process and America’s credibility as a fair and effective broker.

Aaron David Miller
is currently a Senior Fellow at the Carnegie Endowment for International Peace. For two decades, he served in the Department of State as an analyst, negotiator and adviser on Middle Eastern issues in Republican and Democratic Administrations. He is a CNN Global Affairs Analyst and a frequent commentator on NPR, BBC and Sirius XM radio.
The views and opinions expressed in this article are those of the author and do not necessarily reflect the views of JTA or its parent company, 70 Faces Media.