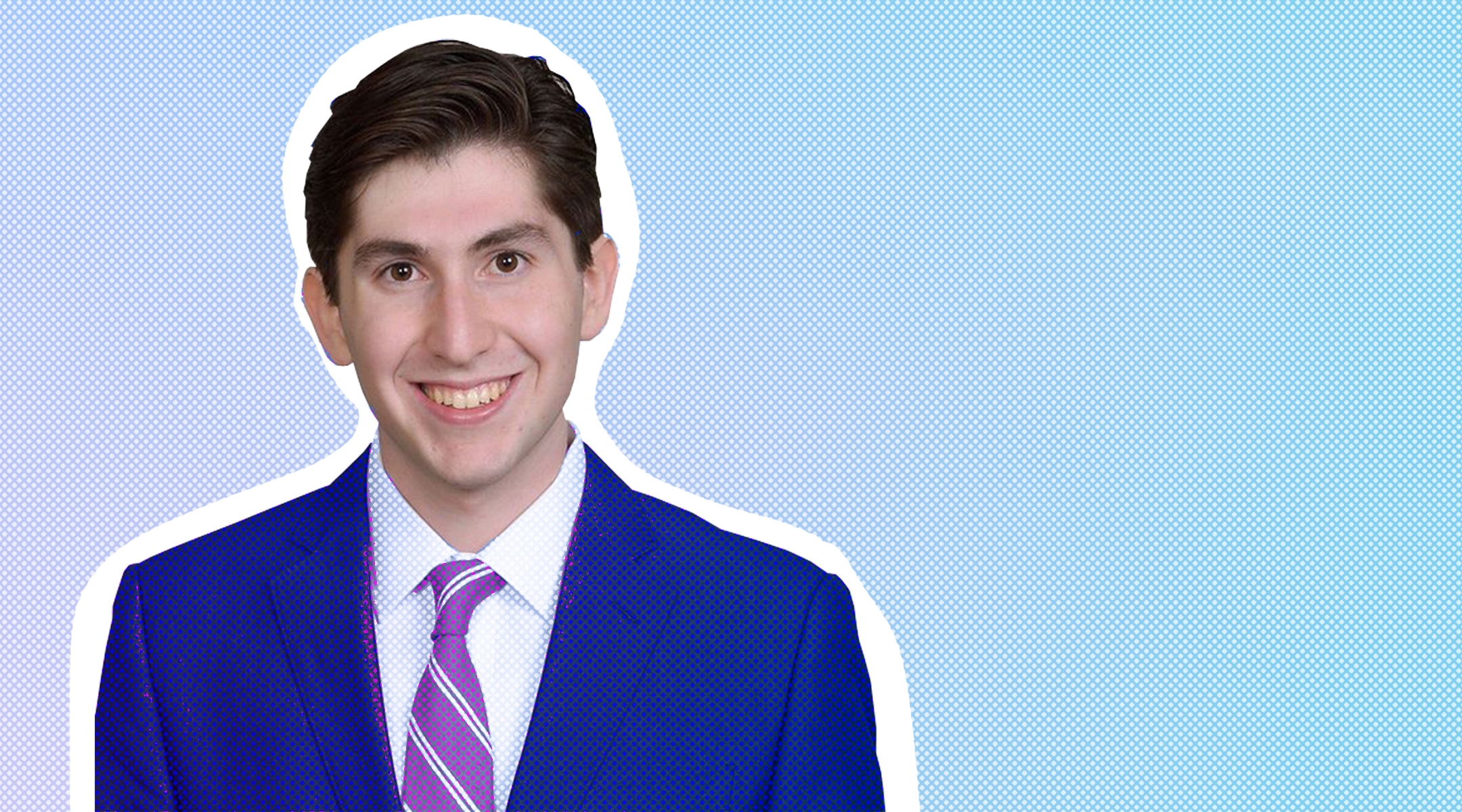 Adam Hoffman is developing a curriculum on how to overcome political polarity. (Diller Foundation/JTA)
Advertisement

The grandchild of Holocaust survivors on his mother’s side, he’s a sixth-generation Texan on his father’s side. An Orthodox native of Houston and graduate of Jewish day schools, Hoffman, 19, is now a freshman at Princeton University in New Jersey.

What makes Hoffman really unusual, however, is his success bringing together Democrats and Republicans in this deeply polarized political era – despite, or perhaps because of, his public identification as a political conservative. (He’s president of the College Republicans at Princeton.)

In 2018, as a 17-year-old high school senior, Hoffman organized a Day of Unity designed to bridge political differences. He got senior Texas politicians like Sen. Ted Cruz and Houston Mayor Sylvester Turner to speak to high school students about the importance of dialogue and overcoming differences. And he organized a public dialogue between the state Republican and Democratic party chairs.

“Our country is being ripped apart from within. The social fabric is tearing,” Hoffman said in a speech that day. “As young people, we are the greatest stakeholders in our future. We must move to change our political impasse.”

Since then, Hoffman has developed a curriculum on how to overcome political polarity in collaboration with OpenMind, a nonprofit that supports skill building to overcome differences and work together to solve collective problems. The curriculum is under review by the Texas Education Agency, according to Hoffman, and is expected to be available soon to 200,000 students in Texas who are active in high school Republican and Democratic clubs.

Last year, Hoffman was recognized with a $36,000 Diller Teen Tikkun Olam Award, which is given annually to a select group of Jewish teenagers who demonstrate outstanding leadership in communal service.

Hoffman’s first foray into organizing came when he was 13.

Concerned about rising economic inequality, he founded a charity called Food4Them that helped send food just past its expiration date or slightly damaged to towns just outside of Houston that weren’t being served by the Houston Food Bank.

His political Day of Unity was inspired by two major events: the polarizing 2016 election, which set people against one another, and Hurricane Harvey in 2017, which prompted Houstonians of all political stripes to come together to help the city recover from the devastating storm.

“Our political views ceased to matter,” Hoffman said in an interview. “It became American helping American. We recognized each other as part of same story working toward the same goal.”

Since launching the Day of Unity in 2018 to bring high school students together to discuss overcoming deep polarization, it has become an annual event.

“That really began a spiral of action and movement,” Hoffman said of his own activism.

Hoffman didn’t grow up in a very politically engaged family. His parents are Republicans but not activists. Hoffman traces his activism to his Holocaust survivor grandmother, with whom he was very close.

“I saw that the America that allowed her to succeed and gave my family all that we have was under threat and was slowly slipping away, and I felt called to action,” he said.

At age 14, Hoffman volunteered for his first political campaign, for Gov. Greg Abbott. During the 2016 Republican presidential primary, he backed Cruz, leading the senator’s Youth for Ted. He also served as chairman of High School Republicans of Texas.

So how did this self-described “fiercely conservative” young man become a proponent of bridging the political divide? He credits his own experience with building friendships with fellow Jews – often Democrats – before even learning anything about their political preferences. “Person before politics” is the motto of the Day of Unity.

Hoffman says he’s used to being the token conservative in most Jewish spaces.

“I see it as directly related to my work with the Day of Unity,” he said. “I try to encourage those around me not to see me as ‘Adam the Conservative,’ as I’m much more than that — just as we’re all more than our political beliefs. I try to exist as a well-rounded person who has many different interests, just like everybody.”

When Hoffman participated in a shabbaton last summer sponsored by the Diller Tikkun Olam Awards in the San Francisco Bay Area and met his 14 fellow winners, he stood out as a rare conservative. It didn’t bother him, he says.

“Diller enlightened me and allowed me to see my social activism work through a Jewish lens, as part of tikkun olam,” he said, using the Hebrew term for repairing the world. “Also, I joined a community of young Jewish changemakers, a community that looks toward their Judaism and social activism as working hand in hand.”

Hoffman put his $36,000 in prize money toward his education and the Day of Unity.

Asked if he wants to run for office himself someday, Hoffman demurs.

“There’s something in politics which is toxic to me and repulsive, and I want to stay out of the fray,” he said.

Right now, his goal is to succeed at Princeton and then return to his roots in Texas.

“I have an obligation to my ancestors at this point to stay in Texas and have my kids there,” Hoffman quipped. “It’s much larger than me.”