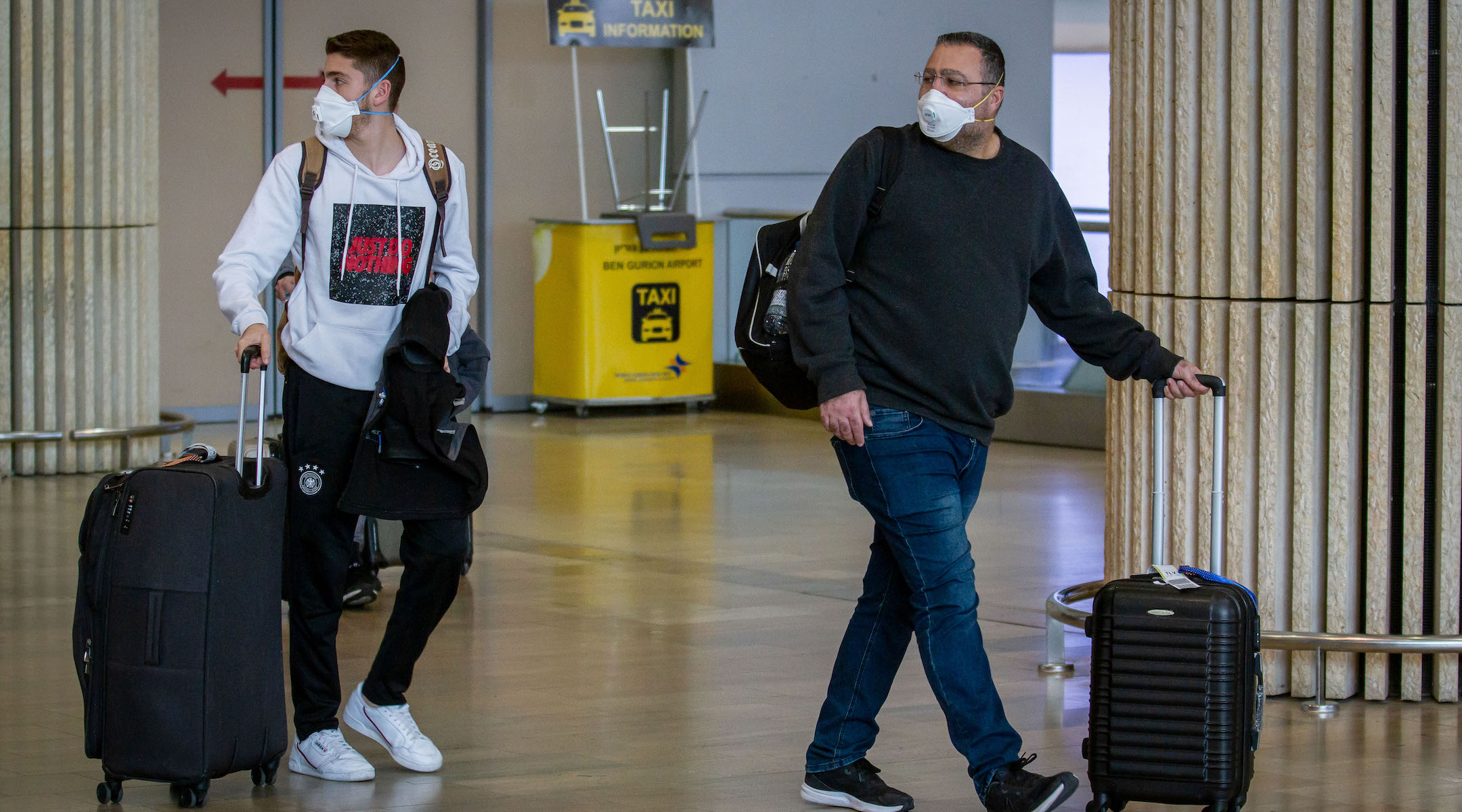 The women were assigned to work at the school as part of their national service, an alternative to Israeli army service chosen by many Orthodox girls.

They were ordered to return to Israel immediately, along with 2,000 other participants in the program run by Israel’s National Civic Service Authority. They were due to depart Wednesday night and it’s unclear when they will be allowed to return — if at all.

“It was very emotional because these poor girls are 19 years old and they come here and they’re having this special meaningful service year,” Tania Schweig, the head of school, told the Jewish Telegraphic Agency. “And they’ve built all these relationships with kids.”

In a letter to participating communities, the authority director, Reuven Pinsky, said the decision had been made “with a heavy heart.” The agency allowed only emissaries in Australia and Singapore to remain abroad, deeming their risk of coronavirus infection during travel higher than the risk of staying put.

“It is a necessity, and our duty to make sure they are safe,” Pinsky wrote. “We express our empathy and solidarity and wish health to all Jews in Israel and abroad. May we return to work on the important connection between Jews in the State of Israel to Jews abroad soon.”

The recall came as the Israeli government tightened restrictions aimed at curbing the coronavirus epidemic there. On Monday, the country announced that anyone entering from abroad would have to undergo a 14-day quarantine in their homes, or in hotels in the case of international visitors.

As of last week, about 80,000 Israelis were quarantined, and that number is rising as more Israelis make their way home. The Ministry of Health announced on Tuesday that nearly 250,000 Israelis have entered the country in the past two weeks.

But not all Israelis abroad are rushing home. Another group that places young Israelis in Jewish communities abroad took a much different approach, calling back a handful of emissaries in places with serious outbreaks but encouraging most to stay put.

Approximately 2,000 Israelis are serving abroad through the Jewish Agency for Israel, including high school graduates taking a gap year before beginning their army service and young adults who have recently concluded their military service. They are placed in synagogues, schools and college Hillels around the world — with about 400 currently in the United States.

Seven young adults working in New York’s suburban Westchester County, the site of the largest outbreak in the Jewish community, flew home this week, agency officials confirmed, in part because the closure of schools there made their education outreach impossible. And some of the emissaries in hard-hit areas of Italy also have returned home.

The vast majority, though, are planning to remain, and some have begun developing online engagement activities in keeping with local health regulations that increasingly discourage or bar in-person gatherings. Jewish Agency emissaries have been told not to leave the states where they work.

On Tuesday night, Jewish Agency Chairman Isaac Herzog met with hundreds of emissaries via videoconference to offer support and answer their questions.

“The Jewish Agency is determined to ensure our important activities in the Jewish communities proceed, to the extent possible,” a spokesperson said in a statement.

Guy Nachum, 19, has been serving as a Jewish Agency emissary in St. Louis for six months, teaching local Jews about Israel. Nachum says he has received guidance about protecting himself from the virus, including avoiding large crowds and limiting unnecessary travel. But he has no plans to go home before the end of his term in six months.

“I don’t want to go back home,” Nachum said. “I have like a mission here. And it doesn’t matter if it’s the coronavirus or other things, I want to stay here and complete my mission.”