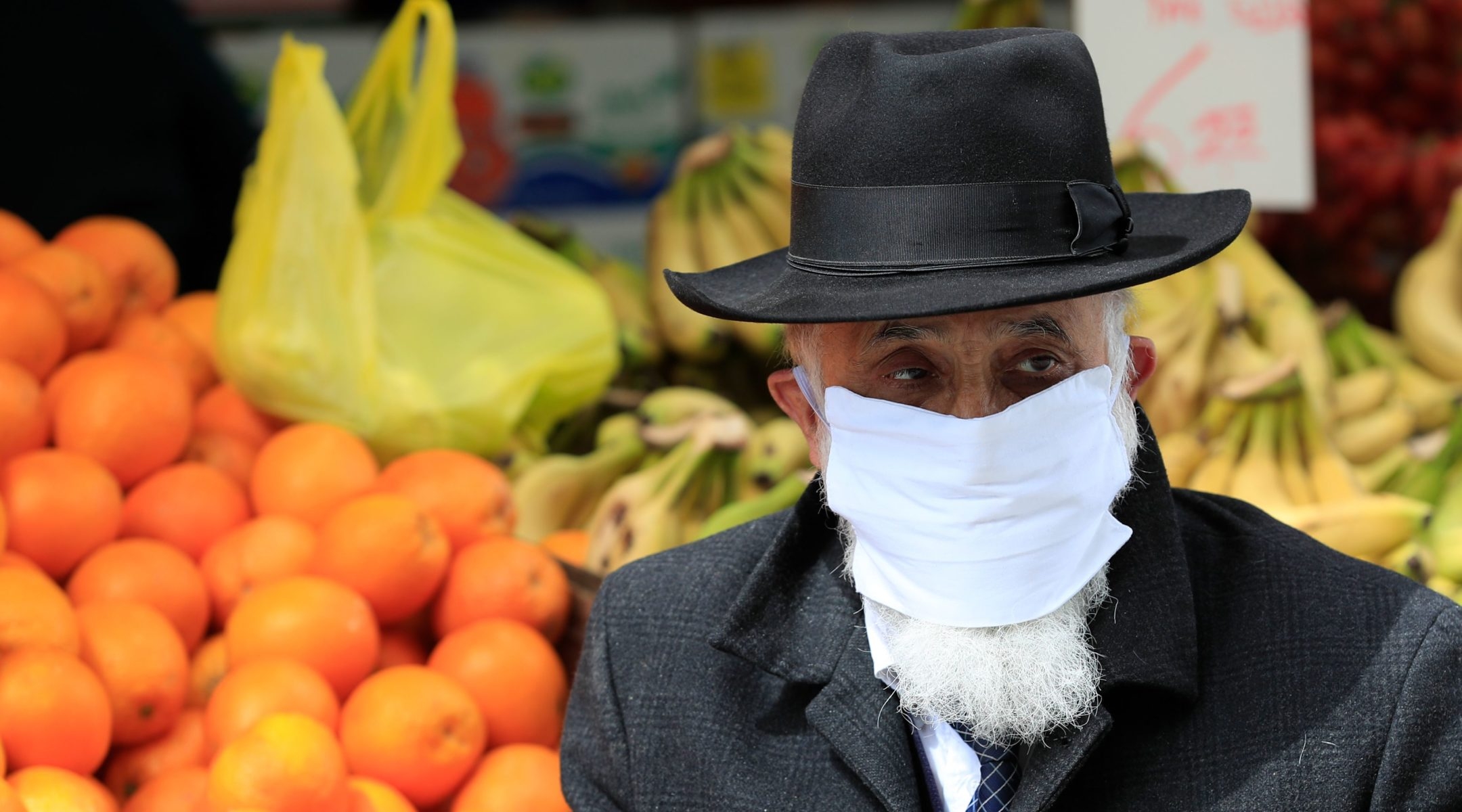 NEW ROCHELLE, N.Y. (JTA) — Recalling the culture of the Eastern European shtetl in their famous book of the same name, Mark Zborowski and Elizabeth Herzog wrote that for Jews, “Life is With People.”

This is certainly true in a world governed by Jewish values and tradition. At every stage of life, Jews come to be together with other Jews — and no community today exemplifies this so much as the Orthodox.

Three times a day, seven days a week, Orthodox men are required to gather in a minyan, 10 or more men and often children who come together for prayer in a synagogue or elsewhere. On Shabbatot, women may come, too. People often gather in small groups to recite tehillim, or psalms, for the sick or listen to inspirational lectures from rabbis and other motivational Jewish speakers.

When a child is born, the announcement and name are given at the congregation. Circumcision requires a congregation as well as an operation. When a boy comes of age, it is marked in the synagogue by a Torah reading. And in some places, the bat mitzvah is being celebrated as well.

Marriage requires two unrelated eyewitnesses and a minyan, and hundreds more typically come to celebrate. Death demands one drop whatever private affairs one has and attend the funeral, console the bereaved and sustain the mourners at the shiva house. And of course Kaddish should not be recited alone.

Holidays? Well, what are the Days of Awe without coming together to pray and hear the shofar? Purim requires two communal readings of the megillah and the exchange of “shalach manot,” gifts of food with one’s neighbors and friends in the community, and the distribution of alms to its poor. Sukkot and Passover? The question is not whether to have a sukkah or seder, but whom to invite and with whom to celebrate. And Shabbat is all about assembling in the synagogue and then sharing meals at one another’s tables. It takes a village to be Jewish — even in the city.

While the nature of Jewish life has changed dramatically over time, these values and norms remain essential for the Orthodox even into the 21st century. For many of them, the idea that one can fully be Jewish without expressing it in the company and physical presence of other Jews is unthinkable.

Text study is a foundation of Orthodox life, and this study takes place in a room filled with the vocal study of many others. In yeshivas and synagogues, even what passes as so-called solitary study is really learning with a chavrusa, a study partner or two hunched together head to head over the sacred text.

Among Hasidim, it is even more intensely unimaginable to be alone, for the Hasid not only needs to be with other Hasidim but also gathered at the table or side of their rebbe, who serves as an intermediary between them and the Almighty. The sight of a sea of black and white parting when the rebbe enters to share a festive meal with them or surrounding him when he dances is the very image of Hasidism. It is unimaginable to these Jews that coming together could be prohibited or dangerous. Connection is the fabric of Jewish life and congregating is a spiritual and religious expression.

But there is another side to this sense of closeness and community among the more insular haredi Orthodox. That is the widespread feeling that they march to a different drummer because they and their internal authorities know better. Their leaders answer to God, and the Almighty’s rules — which are not subject to easy change — must surpass all others.

Add to this the fact that many haredim and insular Orthodox have traditionally been suspicious of outside governmental authorities, a distrust embedded in their collective experience in Europe. (These days, with the less than complete honesty in Washington, that might not be so wrong.) Perhaps this explains, if it does not excuse, the haredi neighborhoods in which the COVID-19 infection has now exploded, a consequence of people continuing to gather together long past the time they should have dispersed.

This lingering distrust of outside officials among some makes leadership within the community itself even more important. While some Hasidic groups, such as the Satmar, originally came out strongly against school closures (in spite of the fact that the movement’s rebbe, Aharon Teitelbaum, had himself been tested for the virus) — and Rabbi Chaim Kanievsky stated a few days ago that closing the yeshivas is more dangerous than the coronavirus, since yeshivas actually protect against it (presumably because Torah study guarantees life) — other authorities have subsequently taken a more aggressive approach to stopping community spread.

The Moetzes Gedolei Torah of America, major halachic decisors for haredi Judaism in the United States, are now suggesting that Rabbi Kanievsky was completely and dangerously wrong. And last Friday, the rabbis of the Crown Heights Beis Din closed all schools in Crown Heights and banned even outdoor minyans — two days before New York Mayor Bill DeBlasio made the same call for the city’s public schools, but after many other private Jewish schools in the city had closed. Alas, the doors at 770 Eastern Parkway, Chabad’s international headquarters, were very late in closing — maybe too late. Had their rebbe been alive, this man who studied science surely would have told them sooner to disperse. But the fact remains that among too many haredi authorities, a respect for science is secondary to a respect for tradition and rabbinic authority.

Many Orthodox rabbis and community leaders (the Modern Orthodox ones earlier than the haredi ones) are now ringing the alarm about the danger of the coronavirus, but unfortunately, even now not everyone is listening — and in such an interconnected community, a small number of people not following health guidelines will have serious consequences.

That’s why the coronavirus pandemic is so challenging. It’s hard for all of us in the Orthodox world to separate from one another — in a world in which community itself is sacred, the consequences of pulling apart may be devastating. Social distancing, while lifesaving and essential, will take its toll on the community. For those who use such technologies, Zoom meetings, FaceTime, WhatsApp, Telegram and even simple phone calls will soften the blow. But for a religion so wrapped up in communal life, that feels that the physical closeness with others is critical to feeling a spiritual connection to the community and thus to God, the religious dangers of the quarantine are significant.

Time will tell how significant. On the Sabbath, of which the writer Ahad Ha’am famously said, “More than Jews have kept the Sabbath, the Sabbath has kept the Jews,” we Orthodox (among whom I count myself) now find ourselves all alone, unable to connect with the virtual tools available the rest of the week because the rabbis have told us they are prohibited. During that regular high point of the week, we are now closed in our homes. As I told a reporter at the Forward, “How do you feel yourself to be part of something greater when you’re all alone?”

The Jewish people have survived anti-Semitism, persecution, pogroms and the Holocaust. Orthodox Jews, who often took the brunt of these tragedies because they stand out so visibly, have, too. The threat that now faces us both from within and without is surely one that is no less frightening. To survive, we will require flexibility and adaptation — and a rabbinate ready to rethink what halacha allows.