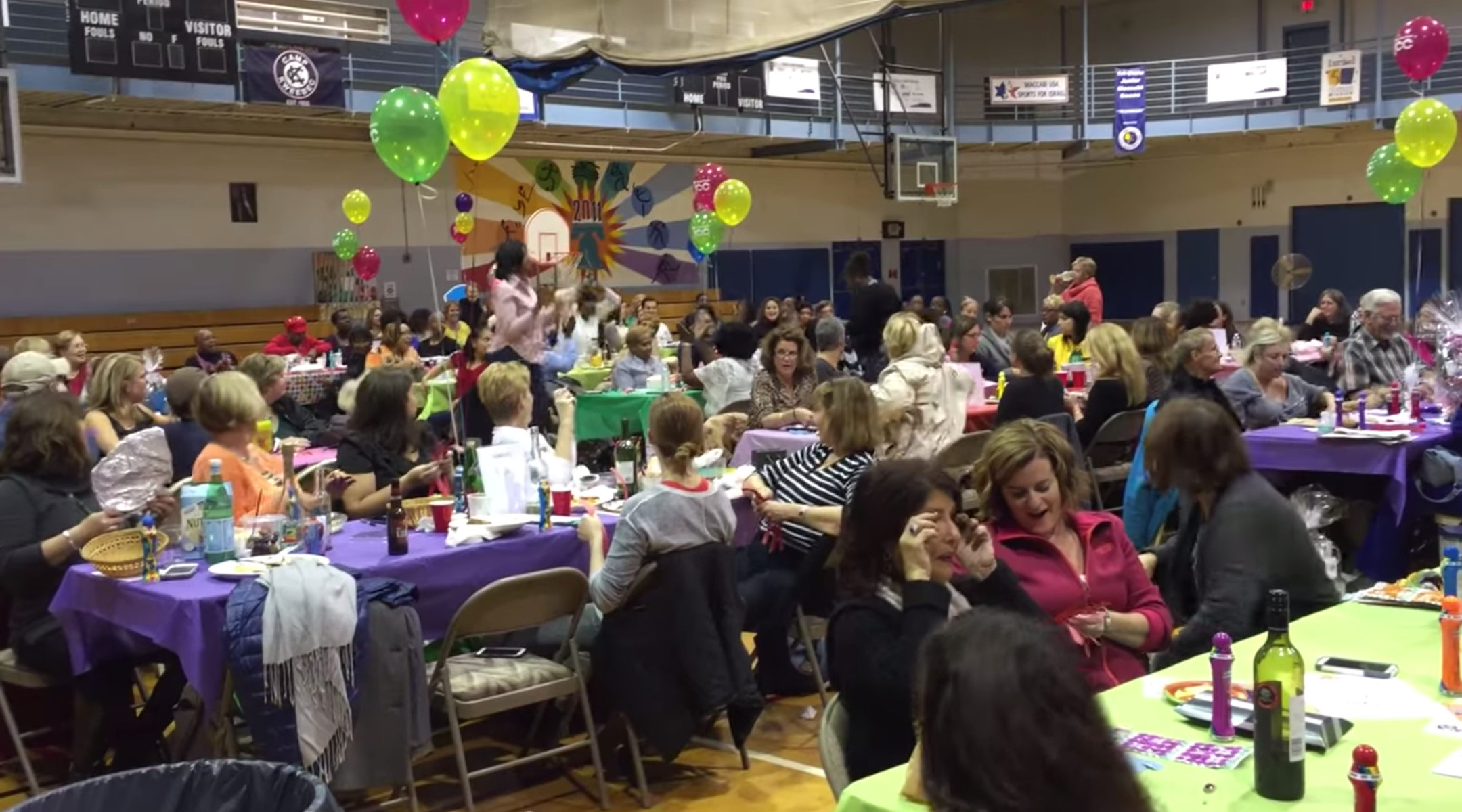 A bingo game at the Kaiserman JCC outside Philadelphia in 2015. This week, nearly all of its employees were laid off due to the coronavirus. (Screenshot from YouTube)
Advertisement

(JTA) — On Day 1 of the state-mandated shutdown in Pennsylvania, Amy Krulik tried to strike an upbeat tone.

To stop the spread of the coronavirus, the Kaiserman Jewish Community Center outside Philadelphia had been shuttered starting March 13. Its 178 employees were sent home for at least two weeks. Krulik, the center’s CEO, acknowledged that they had entered a “challenging and unpredictable time.”

But she wanted her employees to know that she was trying to be there for them.

“Please know that the Board and I are dedicated to supporting our staff in every way possible,” Krulik wrote in an email on March 13 detailing how staffers would be paid during the closure. “You are all the heart of our agency and community and nothing we do at the J would be possible without you.”

Two weeks later, Krulik is one of just two people still working at the JCC. Everyone else has been laid off — a total of 176 people.

Their salaries are gone and their health care coverage could end as soon as April 30. The JCC is still closed and, like institutions across the country, has no idea when it will reopen.

Krulik said she cried as she sent out letters announcing the layoffs.

“Never in my life would I have expected to be sitting here laying off 160 people,” Krulik told the Jewish Telegraphic Agency on Thursday night, using a rough estimate of her staff. “However horrible I expected it to be, it’s 1,000 times worse than that. It’s heartbreaking and soul-crushing.”

What happened at the Kaiserman JCC is likely to be repeated at similar Jewish institutions across the country with the economy tanking and many public spaces closed.

Doron Krakow, the CEO of the JCC Association of North America, told JTA recently that he expects massive layoffs at his network of community centers, affecting many of the approximately 38,000 employees.

Like other JCCs, Kaiserman relies largely on fees for service such as preschool tuition and gym membership. With the JCC Association’s 1,500 members suspending those monthly fees, there is no money to pay the staff — leaving them in limbo as a pandemic ravages the world.

“We’re losing our health insurance and no one is promising us, when everything is going to be over, that we’ll have our jobs back,” said Dori Langer, who has taught at the nursery school for four years and whose family relies on her insurance. “It’s understandable, but shocking at the same time.”

Now Krulik and her board are scrambling for whatever money they can get. She plans to apply for up to $420,000 in Small Business Administration loans that likely will be available under the stimulus plan moving through Congress.

The Kaiserman JCC has opened up a “sustainability fund” to which members can donate that would prioritize staff health insurance — a monthly cost of $20,000 — as well as disability and life insurance, and liability insurance for the building. Six of the approximately 130 preschool families have donated a portion of their April tuition to the sustainability fund, which currently has a total of about $5,400.

And the JCC is still paying staff hourly to create online content, from home workouts to classes for the kids. Unlike some other schools, however, they do not have remote learning scheduled daily for children. Staff members are working also on laying the groundwork for when activities will restart. They’re hoping the summer camp will be one.

“The last two weeks, I keep saying it’s like trying to run a marathon in quicksand,” Krulik said. “You can’t get any traction. It’s constantly moving and it feels like you’re getting nowhere. Every time you think you have a plan and you know what you want to do next, something shifts.”

For the laid-off staff, the situation is even more uncertain.

Jess Grabell, who teaches at the JCC preschool, is now paying expenses by babysitting for one of the school’s children. Grabell said she is unhappy with how the layoffs were communicated: Teachers were told they would be laid off on Tuesday, but parents did not find out until two nights later. Krulik said that’s because all the employees had to be officially notified before parents were told.

“I had a few parents say, ‘I hope you’re doing well,’ and I said we’ve been laid off, and they were just as shocked,” Grabell told JTA on Thursday, before the parents were notified. “I know that the other teachers are speechless and don’t know what they’re going to do.”

Grabell also said she would like a clearer answer on what happens when the JCC reopens: Will the staff be hired back, and at the same salary level?

Krulik told JTA that while she hopes to hire back staff, given the current unpredictability, “to guarantee anybody anything would be foolhardy.”

Employees and Krulik said added pain comes from the closeness that JCC employees feel for each other. Langer sends a child to the JCC kindergarten. Krulik sent her kids there as well, and they later worked at the JCC. Now, in addition to the paychecks, the sense of community is on hold, too.

“It’s a family,” Langer said. “We are very close, all of us and, just, it’s a community. And I’m pretty close to the kids in my class that I teach. I miss them the most, but there’s nothing we can do about it.”