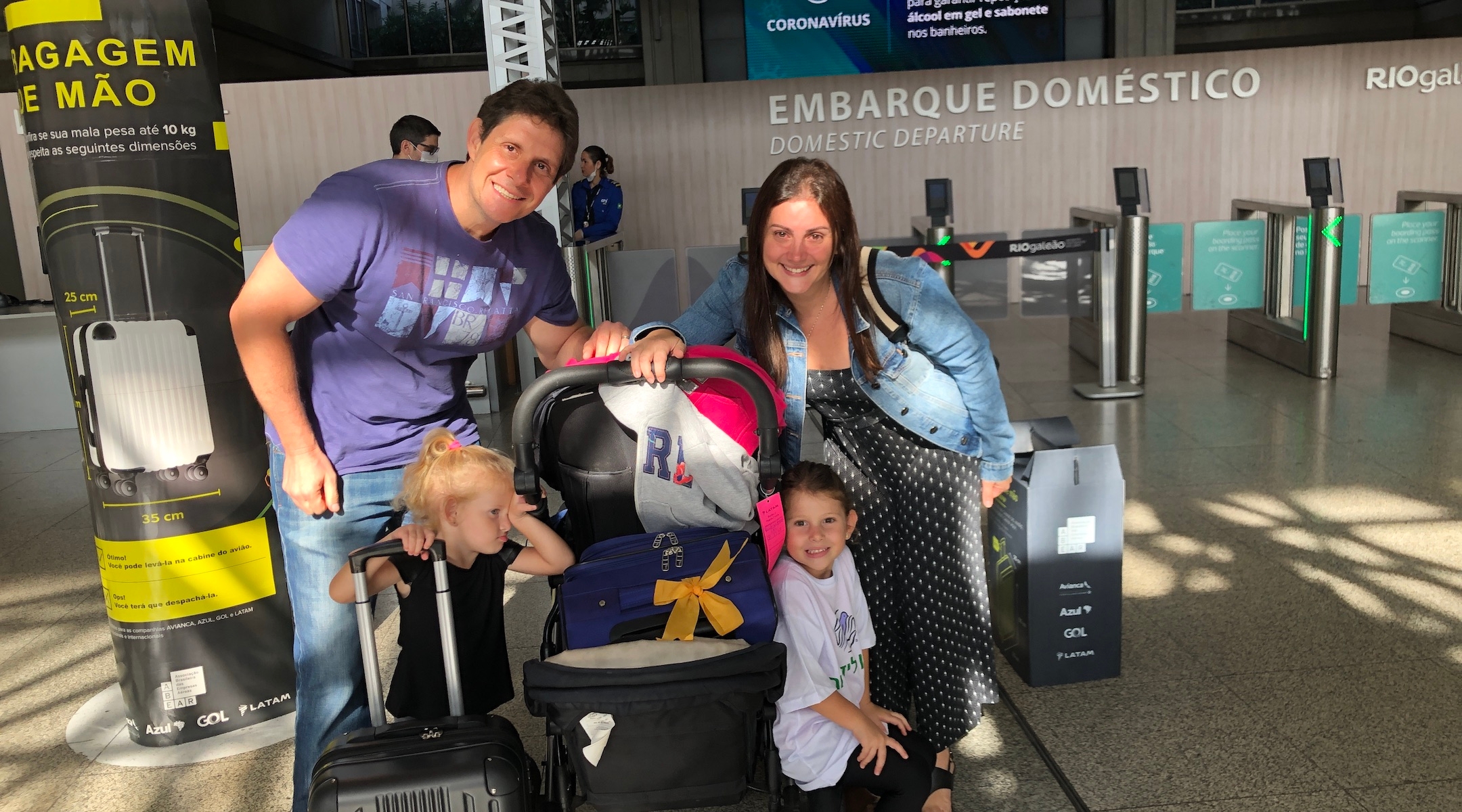 RIO DE JANEIRO (JTA) — It took 10 flights, long connections and plenty of uncertainty because of the coronavirus, but a group of 31 Brazilian Jews successfully immigrated to Israel last week.

They landed in Israel on March 26 with the help of the nonprofit International Fellowship of Christians and Jews. For 14 passengers from Rio, the door-to-door journey lasted an exhausting 50 hours.

“Everything seemed to be perfect. We had been planning our immigration for about two years,” Ilana Bandarovsky Burdman said over the phone from her new home in Raanana, the Tel Aviv suburb that is home to the largest Brazilian community in Israel with some 300 families.

The whole group was expected to fly out on March 30, but LATAM Airlines canceled their flight on March 22. After some failed negotiating, their new option became the Israeli carrier El Al’s last emergency flight to bring home Israelis on March 25, which would depart from Sao Paulo. Those from Rio would need to fly to Sao Paulo on the morning of March 24 and sleep there.

“An alternative would be a six-hour trip by van with our 21 pieces of luggage, which fortunately wasn’t necessary. It was a race against time,” said Burdman, who is now quarantined in a rented apartment with her husband, Luiz, and their daughters, Jana and Maya, aged 4 and 2.

While the Rio passengers were lodged at a Sao Paulo hotel and preparing to sleep, the El Al flight was canceled. The next option became a Turkish Airlines flight slated to take off overnight.

So they left the hotel immediately and boarded the long-haul flight to Istanbul, where they faced a nine-hour layover before heading for Israel.

“I was concerned about the situation in Brazil, the collapse of hospitals,” Giana Niski, 70, told JTA, also from Raanana. “I was very afraid of the flight cancellations. If we hadn’t come now, we couldn’t tell if or when we would be able to.”

Yael Eckstein, head of the International Fellowship of Christians and Jews, admitted that those wanting to move to Israel right now face “complex challenges” and “extreme uncertainty.”

Niski, who traveled with husband Sergio, 72, thought she might not make it at first.

“Our three children and eight grandchildren live outside Brazil. I thought we were going to die alone in Sao Paulo and wouldn’t see our family anymore,” she said. “I am very relieved. I’m safe now.”