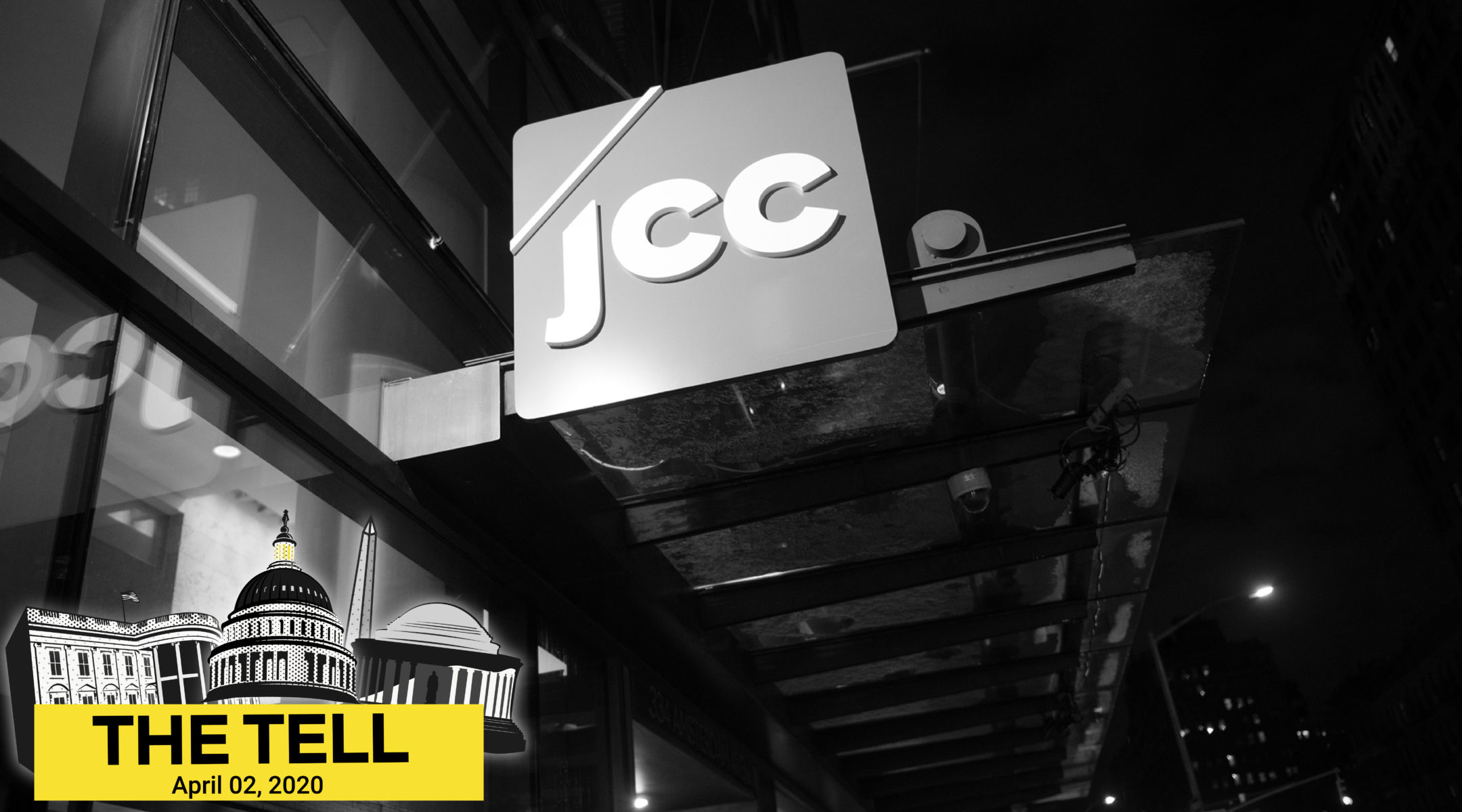 WASHINGTON (JTA) —The $2 trillion-plus stimulus bill has passed and the relief for nonprofits sought by Jewish and other groups are in.

The big news is that nonprofits are eligible to tap into the $349 billion in payroll protection loans for small businesses administered by the Small Business Administration, as well as some other opportunities for relief. Applications for the SBA loans open Friday.

“[Apply] soon,” Eric Fingerhut, the Jewish Federations of North America CEO who helped lead an alliance of more than 100 nonprofits lobbying for the funds, told me. “The total pool of funds for organizations of 500 employees and under, $350 billion — it’s almost ridiculous to say that isn’t a large amount of money, but there are 30 million small businesses in the country and 1.5 million nonprofits.”

The harder news is that what’s available to nonprofits reeling from the coronavirus crisis forces them to gamble on an existential question: Some kinds of relief in the stimulus are predicated on the belief that the pandemic may be over in a matter of months if not weeks, others on the assumption that the pandemic has changed life as we know it forever. Organizations can’t apply for both.

The JFNA is focusing on the payroll protection provided by the Small Business Administration.

The pluses: It covers payroll, mortgage or rent, and utilities for eight weeks, and is forgiven if the employer keeps on or quickly rehires staff and maintains salary levels. Even if the employer does not meet those marks, the terms are generous: Interest is only 0.5 percent, no collateral is needed, the loan matures in two years and payment is deferred for six months. Here’s the agency’s guide for applying.

Jewish groups credited an array of senators for the inclusion of nonprofits, chief among them Marco Rubio, R-Fla., who chairs the Small Business and Entrepreneurship Committee, and Ben Cardin, D-Md., the committee’s senior Democrat.

“From the start, I have been committed to ensuring nonprofits and religious institutions have access to the critical funding they need to support our local communities during the coronavirus pandemic,” Rubio said in an email.

In an interview, Cardin told me: “We’re doing the same for nonprofits as for small businesses. We’re saying, ‘Keep your payroll, be there because we’re going to need you, the services you provide are so essential.’”

Two leading Orthodox organizations, the Orthodox Union and Agudath Israel of America, praised senators for ensuring that private schools will be eligible to apply for stimulus money from the $50 billion in educational stabilization funds.

Cardin, who is Jewish, said that was a no-brainer.

“This is a disaster, and when you have a disaster — if a flood comes though the community and a parochial school is damaged by that flood — they should be able to get help,” he said. “We’re all in this together.”

One area that Jewish groups are not thrilled about is health care: Organizations that rely on Medicaid, the health care program for the poor, are not eligible for the loans. Services for the elderly in particular rely on the program.

The full wreckage of the coronavirus on how we live remains to be seen, an unsettling apprehension that seeded my conversations with a dozen Jewish officials and politicians, a JFNA webinar on the bill and an array of documents.

There are so many services that so many Jewish Americans have come to take for granted, fulfilling the needs of the community from infancy to old age, from preschools to kosher Meals on Wheels, with gyms, culture and education in between. About 150 Jewish community centers across the country employ 38,000 people and reach 1.5 million clients, 1 million Jews among them.

Doron Krakow, the CEO of the JCC Association of North America, told me that JCCs were ill-equipped to survive a long hiatus in a business that relies 80 percent on service fees like tuitions and membership. My colleague Ben Sales writes about the impact of the closure of just one JCC in the Philadelphia area.

“There isn’t a lot of cash in reserve because JCCs are break-even businesses. No one imagined revenue would dry up overnight,” Krakow said. “All of our JCCs irrespective of how robust they were before the crisis will be affected.”

Changes post-pandemic in early childhood education were inevitable, Krakow said. Teachers — notoriously underpaid in any case — are drifting away from the work they love to higher-salaried professions during the social distancing break, and families post-pandemic will be less able to pay the tuitions.

“We will have to revisit the entire business model in early childhood education,” Krakow said.

Smaller Jewish day schools likely will not survive the pandemic, according to an internal Jewish Federations document obtained by Sales.

“It is worth noting that there are a significant number of small day schools that have been teetering before this crisis and will likely fail during the current situation,” it said.

Adam Lehman, the Hillel International CEO, said his organization was bracing for a mental health crisis among university students following the pandemic. Students cooped up in isolation already were hard hit, he said.

“This generation of students was already incredibly challenged by issues of mental health and wellness, and the crisis has already pushed many students into issues of anxiety and depression,” Lehman said. “We’re finding pastoral needs are incredibly high among students and families.”

Most nonprofits, Jewish or not, self-insure for unemployment insurance rather than pay into state funds, as other businesses do. With mass layoffs, making those payouts may be hard or even impossible for nonprofits. Details must still be worked out with the states, but the stimulus promises up to 50 percent funding for paying out the claims through the end of the year.

The small business loans and the unemployment insurance relief are mutually exclusive, Krakow said — you can’t apply for both. And the loan fix from the Small Business Administration is only good through June 30. The Trump administration and Congress may extend the relief, but there is much uncertainty about how long the pandemic will last and what that means for the economy.

So Jewish nonprofits must make a tough choice: Which type of aid to apply for?

Will the nonprofits see the light of day after eight weeks? If not, will the government continue payroll protection? Or should employers guarantee their laid-off employees a degree of income through the end of the year?

“Those are local judgments that are being made in real time,” Krakow said.

In some cities, local philanthropists are stepping up to encourage their JCCs to keep open. In others, the wealthy are not as generous. And some JCCs are in communities too small to rely on emergency assistance from major philanthropists.

Another challenge for nonprofits is that the Small Business Administration defines a small business as having 500 employees or fewer. JCCs and summer camps can easily exceed that amount because of seasonal employees. The agency’s guidelines suggest a degree of flexibility; in fact, flexibility suffuses a lot of thinking behind the stimulus. The best practice is to apply first and worry about details later.

“We have to have certain standards for these programs, but the SBA has certain authorities and has discretion,” Cardin told me.

Many nonprofits may not be used to applying for government loans, and some eligible institutions, particularly smaller synagogues, may not even have formal nonprofit status. The loans will be available through some lending institutions but not others (Jewish Federations is keeping a running list of SBA-approved lenders).

Formally, the policy is first-come, first-serve. But practically, officials caution, a bank’s reflex might be to favor an existing client over a new one.

“Your best pathway to this loan is with the bank that values you as a customer,” Jewish Federations told constituent groups.

Nathan Diament, the Washington director of the Orthodox Union, said his group is playing matchmaker for some of its constituents.

“In the case there is a synagogue or a school that does not have a bank that they work with, we’re trying to help find banks that are available in the community,” he said.

Abba Cohen, Aguda’s Washington director, said the organization’s offices have been flooded with requests for information. “Our offices around the country have become command centers for the community,” he said.

Ali Khamenei, Iran’s supreme leader, thinks that Jinn — the genies of Islamic lore — are in cahoots with the CIA and devastating his country with the coronavirus. We explain why this is less a sitcom premise and more the potential for further chaos.

The Republican Jewish Coalition’s political action committee rarely targets Republicans, but for Rep. Thomas Massie of Kentucky, they’re making an exception and endorsing his primary opponent, Todd McMurtry. The final straw: Massie’s insistence that the House convene an in-person majority to vote on the coronavirus stimulus after most of the lawmakers had gone home — bringing together Democrats and Republicans in a rare moment of shared fury. Massie already was on the RJC’s you-know-what list for opposing the Never Again Holocaust Education Act. He’s a libertarian who ascribes his convention bucking to principle.

Gov. David Ige, a Democrat, is being criticized in the state for a too-little, too-late reaction to the pandemic. But his Jewish lieutenant governor, Josh Green, also a Democrat and an ER physician, is getting high marks for his early warnings that Hawaii should be prepared. Now, reports the Honolulu Star-Advertiser, the governor and his lieutenant are broygez, an island term meaning “on the outs.” 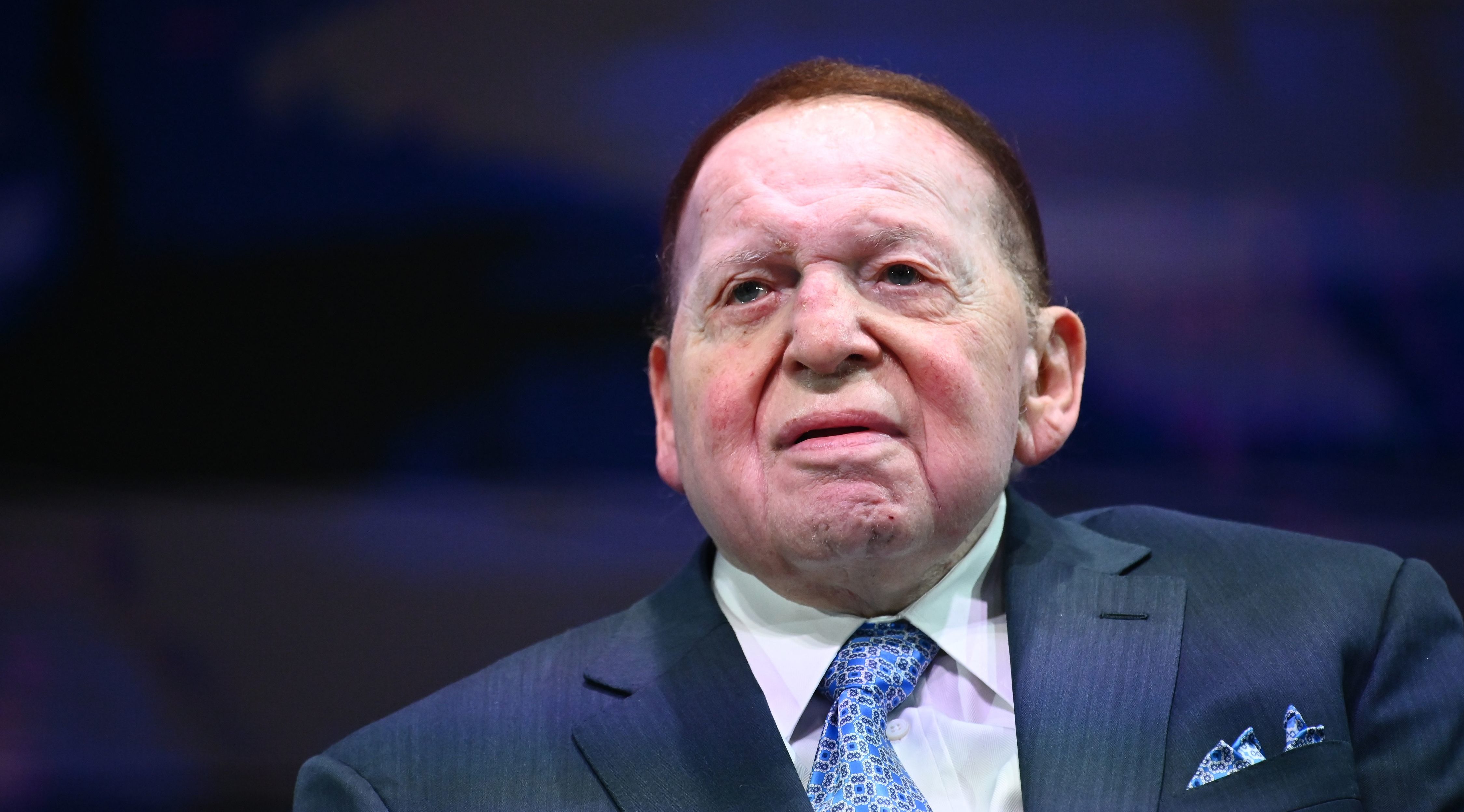 Sheldon Adelson is paying his employees — including tips — for two months during the pandemic. In a New York Post op-ed, the Jewish billionaire businessman exhorts other business owners to do the same, citing memories of his father stuffing money in the family pushke, even when they were facing hard times. What he does not mention is that all his businesses have been hard hit by the coronavirus: Adelson is the biggest casino owner in Macau, a Chinese city across from Hong Kong. He has donated hundreds of thousands of masks to residents there.

In eight words, Randy Rainbow, the Jewish musical comedy satirist, encapsulates the agonizing paradox of self-isolation in what just weeks ago was the city of close encounters.