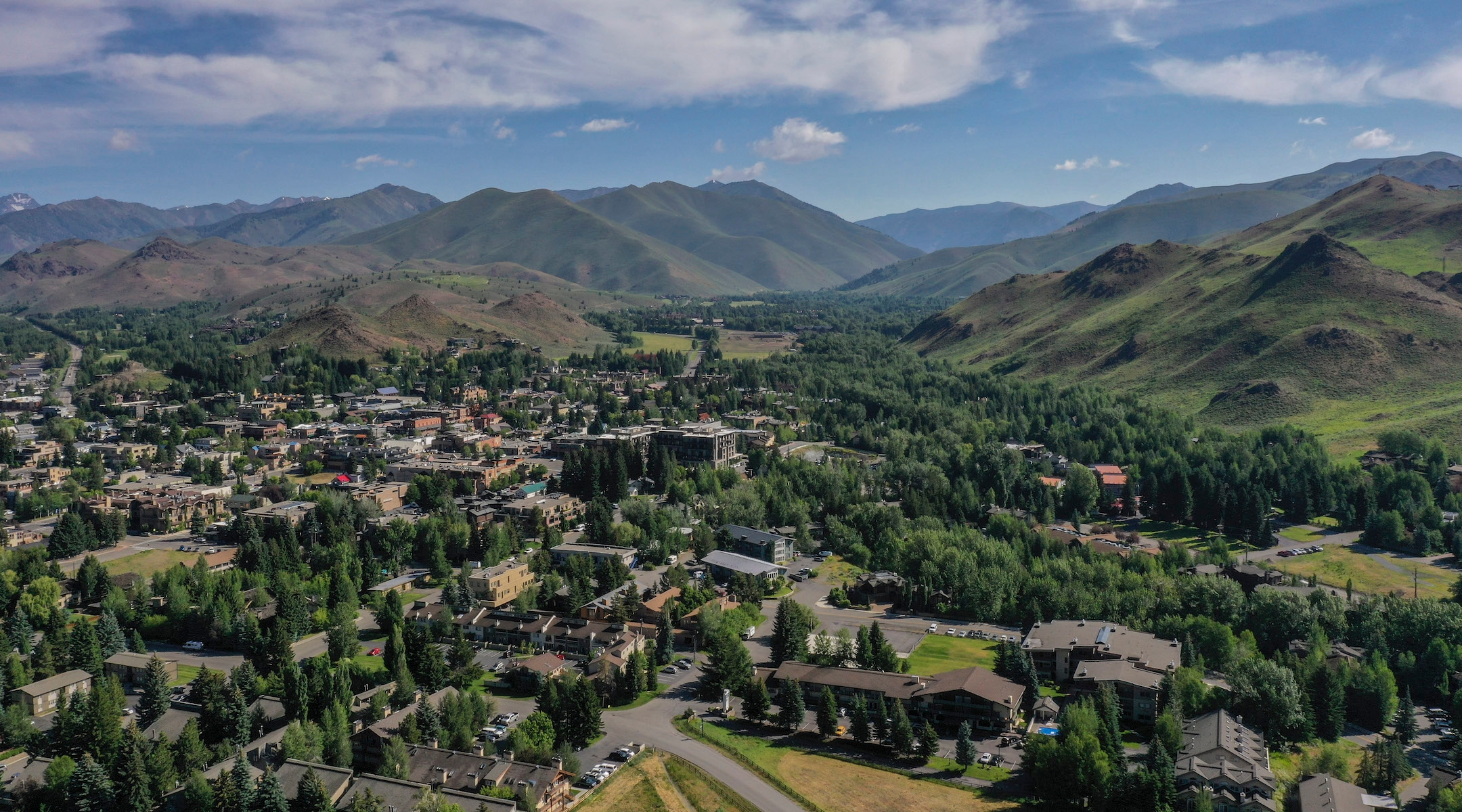 An aerial view of the Sun Valley, Idaho area, July 9, 2019. Every July, some of the world's most wealthy and powerful businesspeople from the media, finance and technology spheres converge at the Sun Valley Resort for an exclusive weeklong conference. (Drew Angerer/Getty Images)
Advertisement

(JTA) — Even before the arrival of the coronavirus upended Passover plans across the world, the Wood River Jewish Community’s Seder was going to be different this year.

For the first time, the lively gathering would be catered rather than potluck. In the Passover spirit of freedom, the volunteers who normally organize, shop and cook for the Seder would be free of those responsibilities and get to sit and enjoy the event along with their families.

“We were going to be princesses,” said Susan Green, the president of this congregation in Sun Valley, Idaho. “We were so happy we didn’t have to cook.”

That was before Sun Valley became a pandemic hot spot, with a per capita rate of infection higher than New York City. As of the beginning of the week, Blaine County — which includes Sun Valley and the nearby cities of Ketchum and Hailey — had 423 confirmed cases of the virus in a population of about 23,000. Three people in the county have died of the disease among the 13 overall in the state.

Now the community’s much anticipated Seder has had to be reimagined as a virtual one held by videoconference.

“This is hard at Passover, our most celebrated of all Jewish holidays,” said Rabbi Robbi Sherwin, the congregation’s spiritual leader, who will be leading the Seder remotely from her home in Austin, Texas, where she spends half the year. “It’s incredibly difficult not to be together.”

Known for its world-class skiing and thriving arts community, Sun Valley is not the sort of place one expects to be at the center of a worldwide public health crisis. Set amid breathtaking natural beauty and panoramic vistas, the town has long attracted the rich and famous, many of whom own homes in the area.

Every July, the town welcomes dozens of wealthy and influential entrepreneurs, tech pioneers and other businesspeople at the Allen & Company Sun Valley Conference. Since its start in the early 1980s, the event has grown into one of the most exclusive and high-powered conferences in the world.

Jacob Greenberg, the Israeli-born chairman of the Blaine County Commission who is at the helm of the local government’s response to the virus, says he isn’t surprised that the county would become ground zero for the disease in Idaho. Early March is a time when skiers are arriving regularly from San Francisco and Seattle, an early hot spot for the virus in the United States.

Weeks before the first case was confirmed, the area hosted a number of large annual gatherings that drew visitors from across the country.

“It’s a little bit scary,” said Greenberg, whose son, daughter-in-law and grandson were sick with symptoms that indicated COVID-19. They were not tested for the virus and have recovered.

The Wood River Jewish Community was founded in 1976 and now has about 180 member families. About 60 percent are part-time residents. The rest are year-rounders like Green, a New York native raised in an Orthodox family who moved to Sun Valley 20 years ago with her husband after decades in Greensboro, North Carolina. 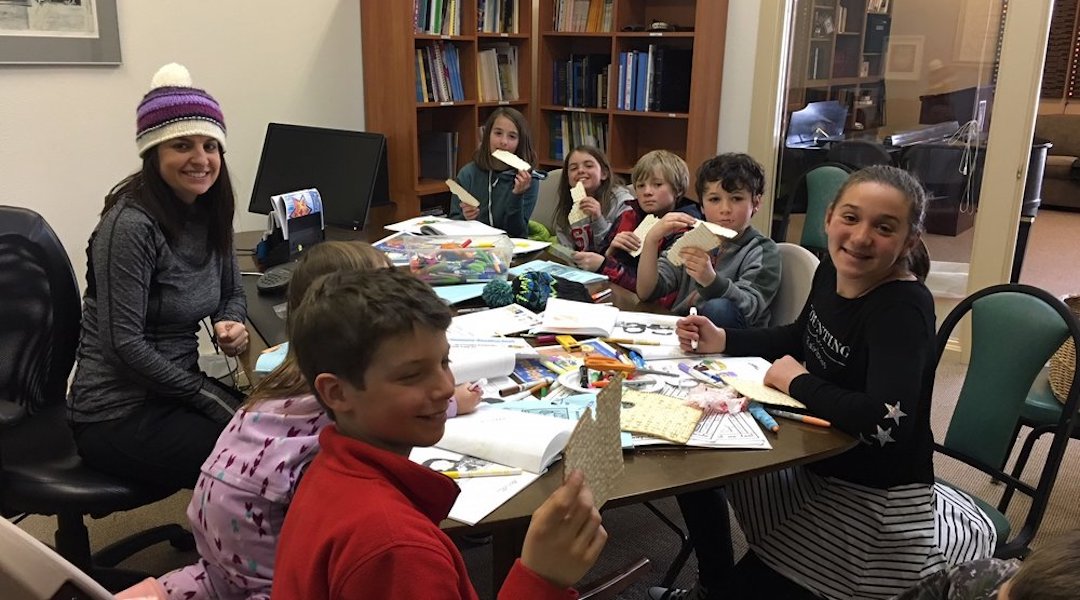 Many members are older, but the community has managed to attract a few families with school-age kids and runs an active, if small, Hebrew school.

The first case of COVID-19 was confirmed in Blaine County on March 13. Less than a week later, Gov. Brad Little ordered residents to self-isolate, a week before the order was extended to the entire state.

Several Wood River congregants were among those who became ill, and a handful are now hospitalized elsewhere in the state to prevent overwhelming the town’s only hospital. The congregation’s Caring Committee is calling every member and staying in touch with those who are sick. The elderly parents of two community members have died out of state from the virus, according to Sherwin.

“There is a lot of ministering to a community going through the virus,” said Sherwin, who added that she has been sharing the Jewish idea of “gam ze ya’avor,” this too shall pass.

“I’m praying we come out better people, more compassionate,” Sherwin said. “God didn’t finish the world. It is our job to finish the work as God’s partners and make it better for all human beings.”

Green acknowledged checking the official record of confirmed cases and fearing the rising number of deaths. Her worries extend to the broader community as well, including local merchants at risk of losing their livelihoods.

“It is totally rattling,” Green said.

Sherwin plans to emphasize a spirit of community and resilience as she leads the Seder with a Haggadah she created specifically for the occasion.

“We are all in this together,” she said. “The Jewish people have been through all kinds of plagues, discrimination and anti Semitism. This is a way for us to encapsulate those experiences and come together in appreciation of all we’ve been through.”