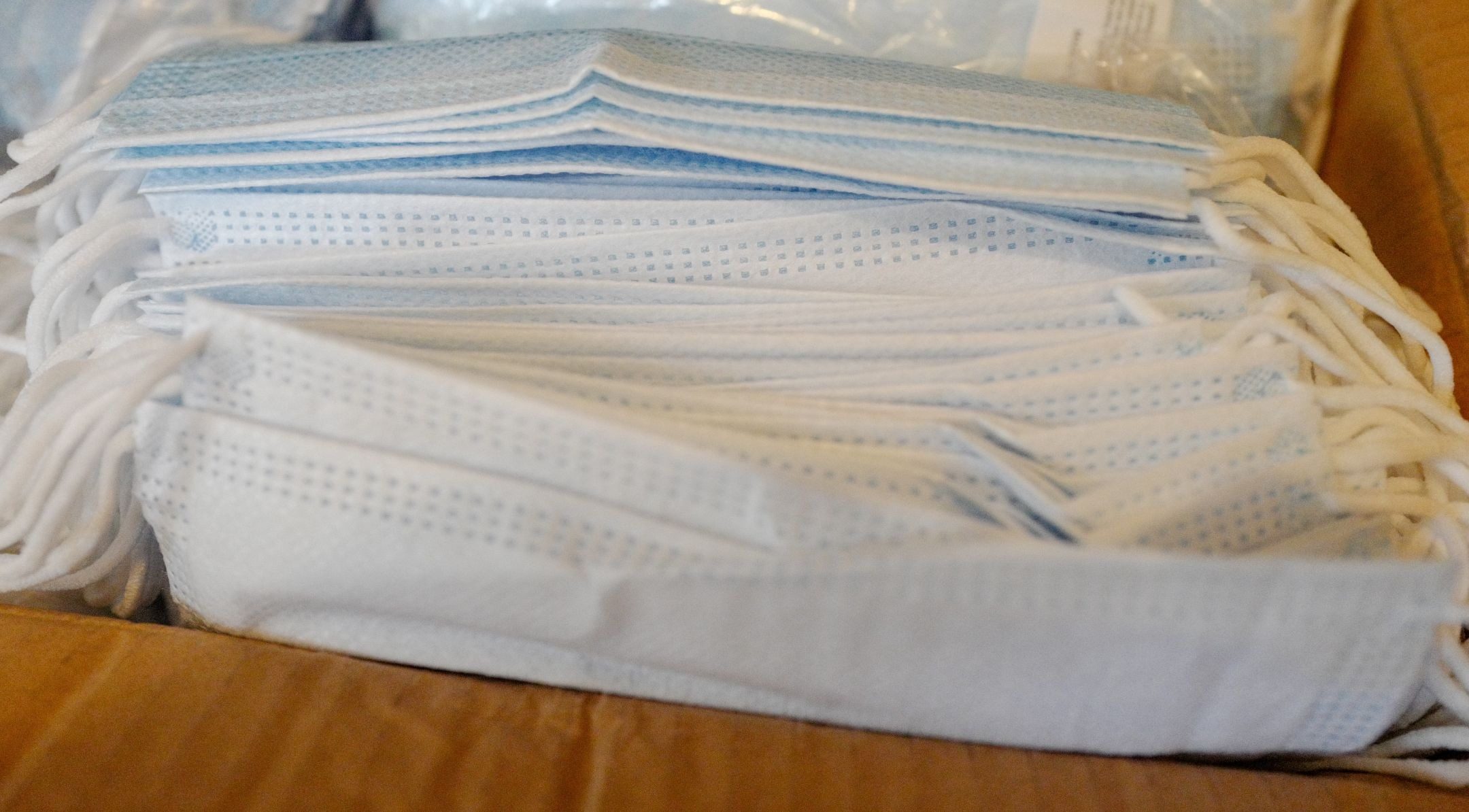 A cardboard box is filled with packaged blue surgical masks imported from China during an outbreak of the coronavirus in San Ramon, Calif., April 5, 2020. (Smith Collection/Gado/Getty Images)
Advertisement

WASHINGTON (JTA) — The Jewish community’s expression of solidarity with Chinese Americans during the coronavirus pandemic has yielded an unexpected return: scads of personal protective equipment for Jewish organizations.

David Bernstein, the president of the Jewish Council for Public Affairs, the Jewish public policy umbrella that initiated the solidarity letter toward the end of February, said Tuesday that Chinese-American groups have sent thousands of much-needed items to Jewish social service agencies in the Washington, D.C., Boston and New York areas, and more is expected.

“They have many more connections in China than we do and they have ways of procuring PPE that many Jewish organizations do not and can help on an ongoing basis,” Bernstein told the Jewish Telegraphic Agency.

Among the contributions Bernstein reported: United Chinese Americans contributed 6,000 surgical masks to the D.C.-area Jewish Social Services Agency; The Committee of 100, a Chinese-American leadership group, donated 1,200 isolation gowns to the Jewish Family and Children’s Service in the Boston area; and the Bank of China-USA donated 10,000 surgical masks to Jewish senior homes in the New York area.

On Feb. 21, some 74 Jewish groups signed the letter at a time when anti-Asian attacks were spiking because the coronavirus had originated in Wuhan, a city in China. Dozens of local Jewish groups, as well as major national groups and the breadth of Jewish religious denominations, were signatories.

“We pledge to help ensure that Chinese people feel safe and supported, and to combat attacks and stereotyping on social media,” the letter said. “We know from history, ours and yours, that such fearmongering can be devastating.”

The letter pledged to encourage Jewish communities to frequent Chinese American-owned businesses, which had seen a decline.

There were outpourings of gratitude from Asian Americans. A headline in one Chinese language paper reporting the letter cited a Chinese proverb, “In a snowstorm, they gave us coal.”

Haipei Shue, the president of United Chinese Americans, told the Jewish Telegraphic Agency that Chinese-American communities across the United States were scrambling to find PPE to distribute within their towns and cities.

“They know where to get them, where a lot of American organizations don’t know,” Shue said. “We probably have better sources, better connections.”

Making sure that a portion of those went to Jewish groups was an easy call, Shue said. He likened the closeness of the two communities to finding out in wartime who one’s true friends are.

“There are so many times that the Jewish community has shown up for us, this is really nothing,” he said.