Brazil’s new health minister isn’t Jewish, but some news outlets say he is 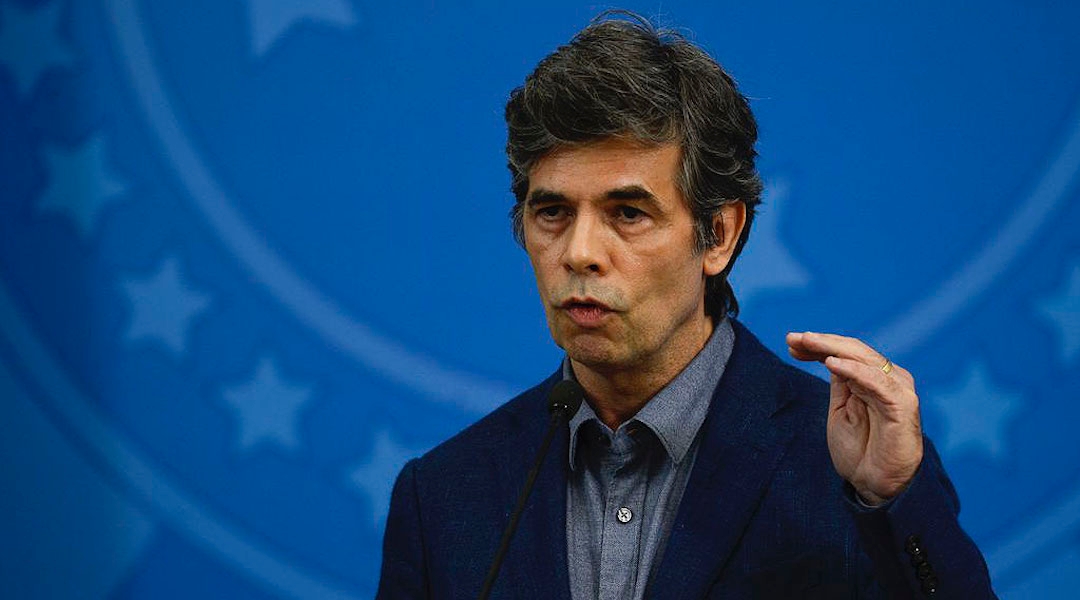 RIO DE JANEIRO (JTA) — Brazil’s new health minister isn’t Jewish, but the Brazilian media were quick to point out that Dr. Nelson Teich had the support of the South American country’s Jewish community. Some outlets even erroneously called him Jewish.

That angered many local Jews, who argued that the news was exaggerated — and in at least one case, possibly anti-Semitic.

Teich, a 62-year-old oncologist, was handpicked by President Jair Bolsonaro on Thursday to succeed Luiz Henrique Mandetta, whose strong support of social distancing put him at odds with Bolsonaro. The president has warned that the economic fallout from isolation could be worse than the virus itself.

Teich had supported Bolsonaro’s presidential bid in 2018 — an unorthodox and right-wing campaign that split the nation, including its Jewish community.

From the minute the Rio de Janeiro native was tapped for the post, some groups on social media started to question whether he was Jewish or not based on his apparently German-sounding surname.

“The doctor’s appointment to the ministry was supported by the Sao Paulo Jewish community, which is close to the president,” wrote UOL, one of Brazil’s biggest news portals, adding that Teich served as a consultant to the Albert Einstein Israelite Hospital in Sao Paulo.

But Andre Lajst, the director of Brazil’s chapter of the pro-Israel organization StandWithUs, pointed out that neither the country’s umbrella Jewish organization, the Brazilian Israelite Confederation, or any other state federation had officially declared support for Teich.

“That never happened,” Lajst wrote. “This type of news, without any responsibility, creates a focus on less important information that generates controversies that are completely unnecessary for society. The Sao Paulo Jewish community has 60,000 members and, if individuals decided to support the minister more explicitly, their religion is irrelevant.”

Following Lajst’s Facebook post, the UOL portal removed the sentence. Replicas of the original article remain untouched, however, by other outlets, such as Portugal’s weekly paper Diario de Noticias.

Veja magazine, one of the most influential in South America, highlighted the new minister’s friendly ties with a renowned Jewish mogul.

“Teich is a friend of contractor Meyer Nigri, owner of the Tecnisa construction company. It was also Nigri who opened the doors for Bolsonaro to approach the exclusive nucleus of the Jewish community of Sao Paulo in the 2018 campaign,” according to a Veja article published Thursday. “The presidency’s communication secretary Fabio Wajngarten is another influential name among Sao Paulo Jews who endorsed Teich’s nomination for the position.”

For Persio Bider, who presides over the Organized Jewish Youth organization, the Jewish references were a step too far.

“The sewer of anti-Semitism opens up again, with several scoundrels judging the new minister by his alleged religion and not by his professional history,” Bider told the Jewish Telegraphic Agency. “Does anyone know the religion of the other ministers by any chance? Of course not, but it shows much more about how anti-Semitism is rooted in all layers of society.”

Jews for Democracy, a far-left group that opposes Bolsonaro, called the episode a conspiracy theory.

“Some reports have highlighted that Teich would have been put in office by the influence of the Jewish community. Others label him as a Jew. Even if it were true, what is the population’s interest in knowing the religion of a health minister?” the group wrote on Facebook. “Reinforcing stereotypes contributes to anti-Semitism. We will not accept prejudice and conspiracy theories.”

Teich said he will not be making any “sudden” changes in Brazil’s social isolation practices, even though Bolsonaro has called COVID-19 not much more than a “little flu.”

“Everything will be based on science,” Teich said Thursday.