Zoom is getting safer. Here’s how you can make your meetings even more secure.

NEW YORK (JTA) — Just a few weeks ago, most Americans were not familiar with the concept of Zoombombing. But as the COVID-19 pandemic forced many business, community and even social meetings online, Zoom increasingly became the platform of choice for videoconferencing. The rapid growth in its use came with a steady increase in reports of intrusions by people spouting racism, anti-Semitism and hate.

Over the last couple of weeks, reports of Zoombombing have increased exponentially. At the Anti-Defamation League, we have counted at least 80 such interruptions into online meetings across the country, and the number rises daily.

After trolls started to barge in on these sessions, ADL’s Center on Technology and Society reached out to Zoom at its corporate headquarters to encourage the company to make some product modifications to prevent this from happening. We’ve been working with its team to address these concerns, and these talks are now bearing fruit.

Since we first reached out, Zoom has been responsive to the very real threats that have materialized on its service and receptive to our concerns. The company also has listened to our specific feedback on its product design and proposed modifications that would help curtail the abuses. There is more to do, but its latest safety updates are a step in the right direction.

These features will benefit all their users, but the ADL is particularly grateful that Zoom upgraded the product just in time for Passover and Easter, when many in the Jewish community held virtual Seders and Christian families safely enjoyed their holiday via Zoom. With Ramadan starting later this month, Muslim families will be able to partake in virtual Iftar dinners with a greater sense of confidence.

It’s no surprise to us that in times of crisis, white supremacists and other extremists look for ways to exploit weaknesses in the latest technologies. As they are excluded from mainstream outlets, extremists have always looked for new ways to spread their hate. In recent years they have taken advantage of social media platforms and other technologies to target college campuses with racist emails and faxes, to send robocalls to registered voters, and to create fake anti-Semitic social media profiles.

In the COVID-19 era, most of those targeting the videoconferences are not extremists. Rather they are individuals who want to get a reaction from meeting participants by shocking them with lewd images or offensive language.

But some white supremacists have shown that they can interrupt these meetings by using Zoom’s technology to post graphic or threatening messages or actions and sharing hate speech or pornographic content. Zoom isn’t the only platform being co-opted by extremists in this era of social distancing, but it is one of the more prominent.

Three weeks ago, anti-Semitic trolls disrupted Yeshiva University’s online classes. On March 24, a white supremacist interrupted a webinar about anti-Semitism hosted by a Massachusetts Jewish student group by pulling down his shirt collar to reveal a swastika tattoo on his chest.

There have also been instances of Zoombombing with homophobic and racist rhetoric. For example, classes were interrupted at UCLA with anti-black and anti-Semitic rhetoric, and a University of Florida student senate meeting was interrupted with racist messages, swastikas, pornography and death threats. Additionally, civil rights organization meetings and government convenings have been interrupted with anti-LGBTQ+, racist and anti-Semitic messages.

What can be done prevent future trolling?

While the product improvement rolled out by Zoom will help, faith communities and others hosting public events also can take proactive steps to protect themselves from unwanted interruptions.

Hosts of online videoconferences can take advantage of tools readily available on Zoom and other conferencing platforms to mitigate the risk of interruptions by uninvited outsiders. These include muting all participants of public meetings, locking the meeting when all participants are present or disabling screensharing for non-hosts.

In addition, organizations should have a set plan in the event that their meetings fall victim to Zoombombing in order to preserve information and report the incident. Reporting these incidents is critical, as it allows ADL to work with the authorities to illustrate the severity of the problem.

Beyond pushing for technical fixes, ADL is exploring potential legal avenues to stop the threat and ensure that the perpetrators are held accountable. For example, it’s likely illegal to hack or receive information that leads to Zoombombing, particularly if it violates someone’s right to worship. New state laws like Washington state’s cyberhate bill could encompass this threat. And some current laws, like the Computer Fraud and Abuse Act, also could address these violations in certain circumstances.

As we’re all trying to navigate in this new era, we need to take action on multiple levels to ensure that we close the door on haters and shut them out when they attempt to force their way into our communal and sacred spaces. The good news is that Zoom has been responsive. Other tech companies would be well served to learn from its example. 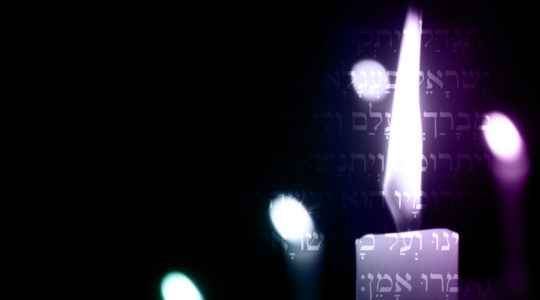 Bonds of Life: We’re memorializing those we lose to the coronavirus