After the first round of pandemic loans, success for some Jewish groups and confusion for many 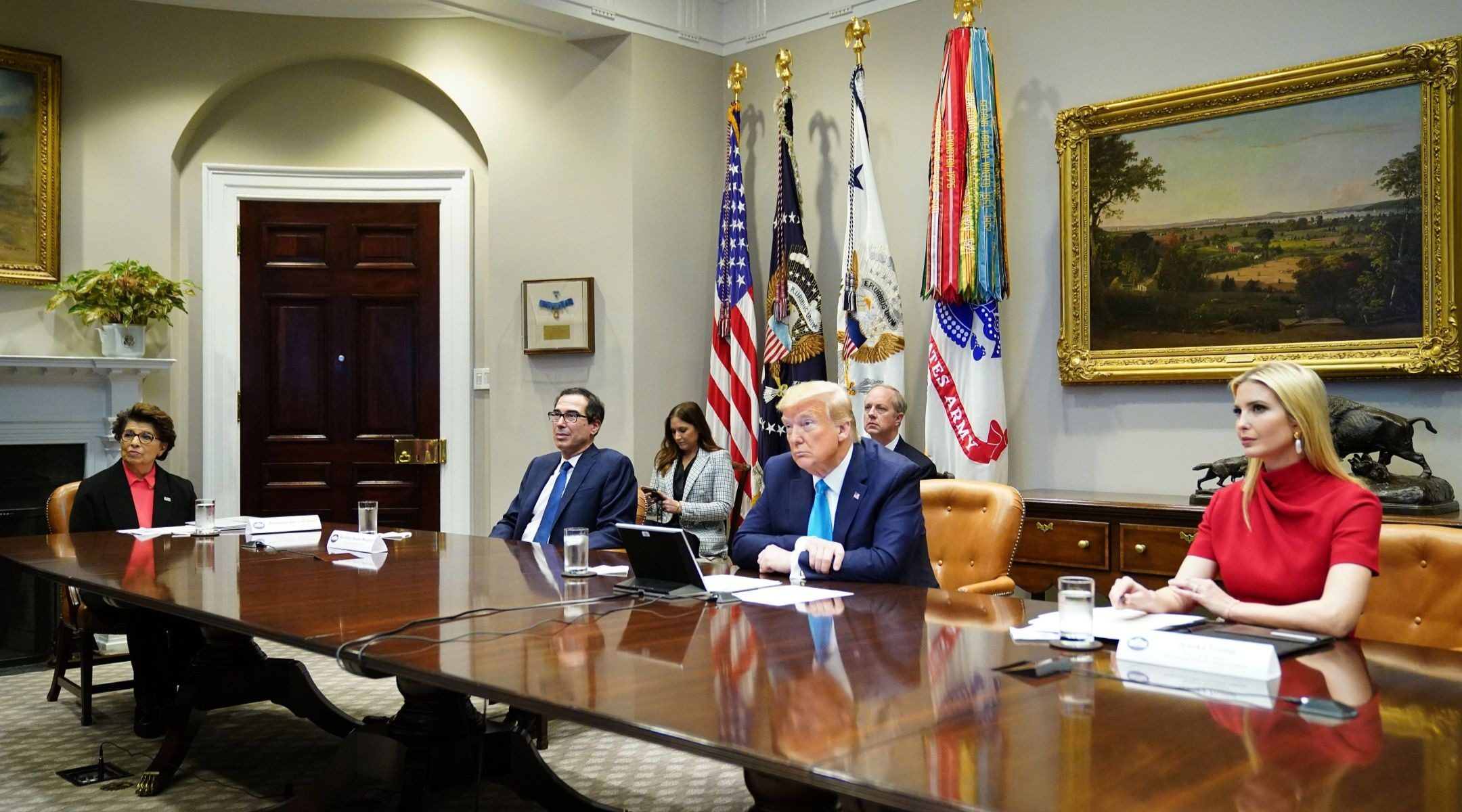 WASHINGTON (JTA) — Jewish institutions and organizations that hope to keep paying their staffs through the coronavirus pandemic are again in limbo with the federal government having exhausted the $350 billion set aside for payroll relief.

The Paycheck Protection Program, which is administered through the Small Business Administration, doled out all the allocations included in the $2 trillion stimulus passed last month.

Some Jewish groups have already received grants through the program, others have had their applications rejected and still others that filed are still waiting to hear if they made the cut. Some groups might not yet have applied — applications opened only on April 3.

Now umbrella groups working to steer the Jewish world through the financial crisis are urging the loan applicants to remain calm even amid the ongoing uncertainty — and questions about whether nonprofits were given short shrift in the first round of funding.

“The important thing is to not give up,” said Eric Fingerhut, the Jewish Federations of North America CEO said Friday in a Facebook webcast. “If you haven’t gotten your loan yet, stay in the queue.”

Not even insiders know how Jewish groups made out in the frenzy to take advantage of the funds, which covered two months of salary for applicants to keep employees on the payroll through the end of June. Jewish Federations sent out a survey on Friday afternoon to assess results.

But Doron Krakow, CEO of the JCC Association of North America, said that from what he has heard anecdotally, more Jewish community centers were turned away than received loans.

Krakow said 12 to 15 Jewish community centers have reported getting the money, and he expected that number to rise to 20 to 25 next week. But that’s out of about 150 JCCs in the country. Krakow said he did not know how many had applied for the loans, but said the number of recipients “represents a small fraction of the field.”

The stimulus bill’s drafters said they expected banks to act impartially and treat applicants on a first-come, first-serve basis.

That appears to have happened in some cases, such as for Ramah of the Rockies, a Colorado-based Jewish camp that found out its loan had been approved just days after working with the Bank of Colorado to submit its application.

But Mark Gurvis, Jewish Federations’ executive vice president, said a number of obstacles stood in the way of successful applications for some groups, even as he said he was already getting thank-you notes from groups that logged into the umbrella’s webinars and subsequently got grants.

Chief among the hitches, he said, was that groups were better positioned if they had a longstanding relationship with a lending institution.

“It wasn’t enough to have a checking account,” he said. “If the bank didn’t have experience with you as a borrower, the banks needed a way of filtering.”

Yet another factor, he said, was that smaller banks in smaller communities were more agile and able to process the loans quicker than large institutions that were overwhelmed with applications.

“Whereas regional banks were able to move their customers much more quickly, for a Jewish community heavily concentrated in urban areas, that was more of a problem for us,” Gurvis said.

(This experience was not universal. 70 Faces Media, JTA’s parent nonprofit, received a grant after working with its bank, a large bank with whom it had no previous borrowing relationship.)

Gurvis said the haste of putting the program in place inhibited clarity. The Small Business Administration, working with the U.S. Treasury, issued changes in guidance on April 2, the night before applications opened, and twice afterward.

“As Treasury tried to clarify the loans, they created new ambiguities,” Gurvis said. It was never exactly clear how much a business could apply for and what should be included in the calculations, he said.

Absent that clarity, banks established their own guidelines. Some balked at lending to religious institutions until the Trump administration clarified that those institutions could receive the funds.

What’s more, some in the Jewish world and beyond have raised questions about whether nonprofit applicants were shortchanged in favor of for-profit businesses applying for the funds.

“We competed with the private sector,” Krakow said.

An April 8 letter from the National Council of Nonprofits signed by Krakow and Fingerhut’s groups suggested that nonprofits believe private sector businesses and their allies in the Trump administration hindered the fair disbursement of the funds.

Nathan Diament, the Orthodox Union’s Washington director, said that a number of his group’s affiliates were forced to turn to larger banks for assistance — and then did not necessarily have their applications moved ahead quickly.

“What we’ve heard anecdotally, many banks were putting nonprofits to the back of the line,” Diament said.

Congress is now considering a sequel to the $2 trillion Coronavirus Aid, Relief, and Economic Security Act passed last month, and a key element will be more cash for more loans. Fingerhut said in his message Friday that he anticipates another $250 billion being made available for small businesses.

Nonprofits again are pressing for $60 billion in dedicated funding that they asked for the first time around and did not get — and they want assurances that groups providing relief during the pandemic will be pushed to the front of the line.

“We continue to believe that Congress is likely to pass supplemental appropriations,” Jewish Federations of North America said in an email Thursday to constituents. “However, let’s not take this for granted. Please contact your Members of Congress now.”

Abba Cohen, who directs the Washington office of the haredi Orthodox Agudath Israel of America, said his group also would lobby for a clearer dedication of funds to nonprofits.

“These steps will hopefully address the main impediments that have been experienced: slow bank response, preference of larger organizations over smaller ones, and loans being restricted to already existing customers,” he said in an email.

Gurvis had some advice for groups with loan applications already in if they are considering a change in tactics.

“If you are already in a process, you really want to understand where you’re at with the bank, and will they move your application along if there’s more money,” he said.

This piece has been updated to include information about the grant received by 70 Faces Media, JTA’s parent nonprofit.