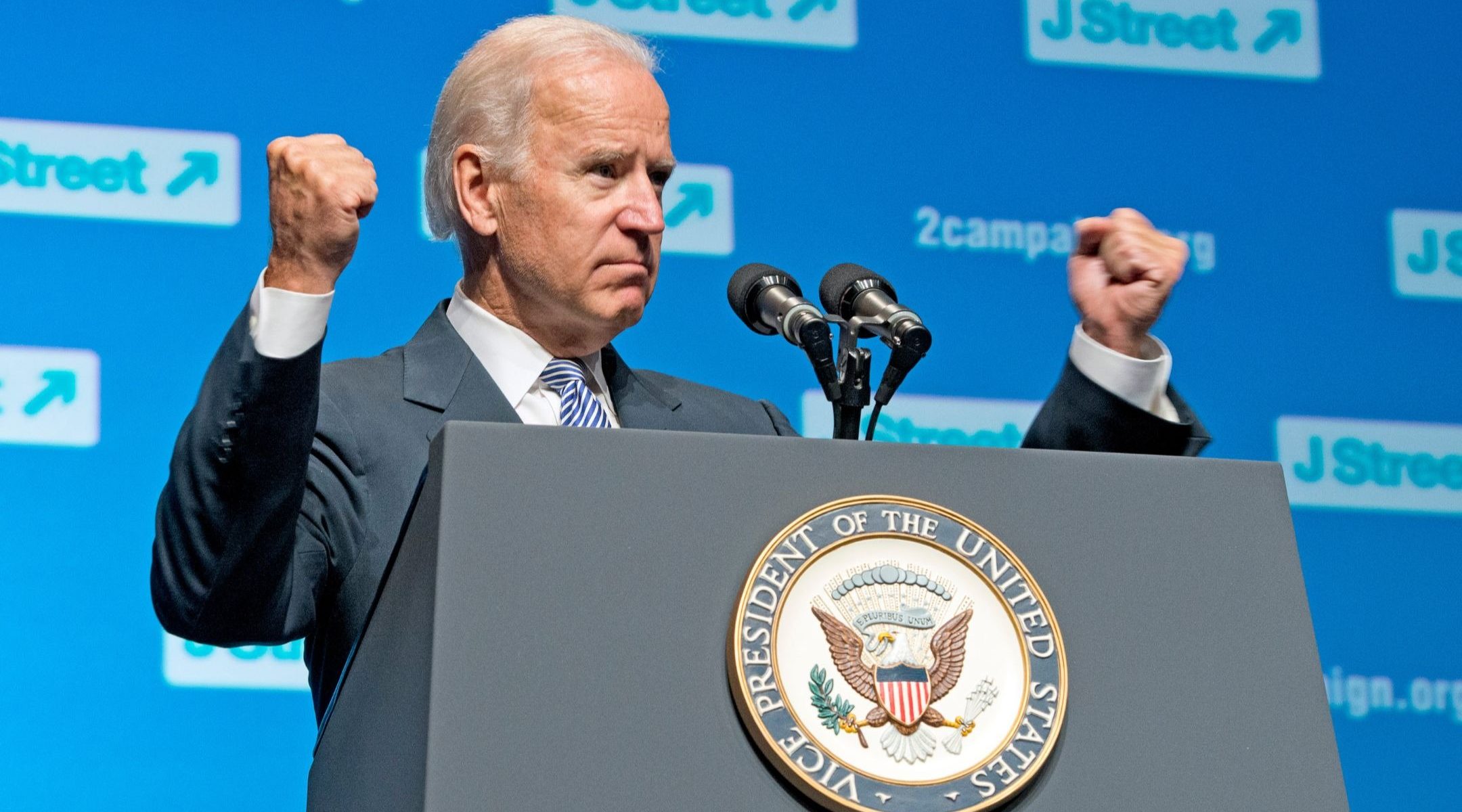 WASHINGTON (JTA) — Joe Biden welcomed the endorsement of J Street, the liberal pro-Israel lobby, on Friday. While it might seem like a small news item today, the moment represents something much larger: a consolidation of the group’s influence among mainstream Democrats.

“I’m honored to have earned J Street’s first-ever presidential endorsement,” the former vice president said Friday. “J Street has been a powerful voice to advance social justice here at home, and to advocate for a two-state solution that advances Middle East Peace.

“I share with J Street’s membership an unyielding dedication to the survival and security of Israel, and an equal commitment to creating a future of peace and opportunity for Israeli and Palestinian children alike,” he added. “That’s what we have to keep working toward — and what I’ll do as President with J Street’s support.”

J Street committed earlier this year to endorsing the Democratic nominee, whoever she or he was, and for the first time its political action committee launched a fund to elect a Democratic president.

Biden’s enthusiastic welcome, however, is significant because he has been a standard-bearer for the Democratic party’s pro-Israel mainstream — a wing that has not always seen eye to eye with J Street. At its outset in 2008, J Street scrambled to get Democrats to agree to accept its endorsement, and some rejected it outright, saying the group was too far to the left.

Biden himself has differed with the group at times, including last year, when addressing J Street’s conference. He said he would not consider leveraging aid to Israel as a means of influencing policy, and he has touted his friendship with Israeli Prime Minister Benjamin Netanyahu, a figure reviled by J Street.

Biden also has been a mainstay of the annual conferences of the American Israel Public Affairs Committee, the main centrist pro-Israel group seen as a J Street rival.

More than half of the Democratic caucus in both chambers of Congress now accept J Street’s endorsement, making it a key determinant in Democrats’ Middle East policies.

Biden is also reportedly ready to accept Bernie Sanders’ advisers on his foreign policy team. Sanders has been sharply critical of some Israeli government policies and has been credited with moving the Democratic Party left on its views on the Jewish state.

The language of J Street’s endorsement kept in line with its strong support of Sanders — it praised Biden but also emphasized that what was key was coming together to defeat Donald Trump.

“At a time when the threats to our core values both at home and abroad have never been more serious, all of us in the pro-Israel, pro-peace community know that the path to a better future begins with defeating Donald Trump at the polls,” the endorsement read.