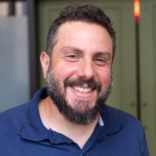 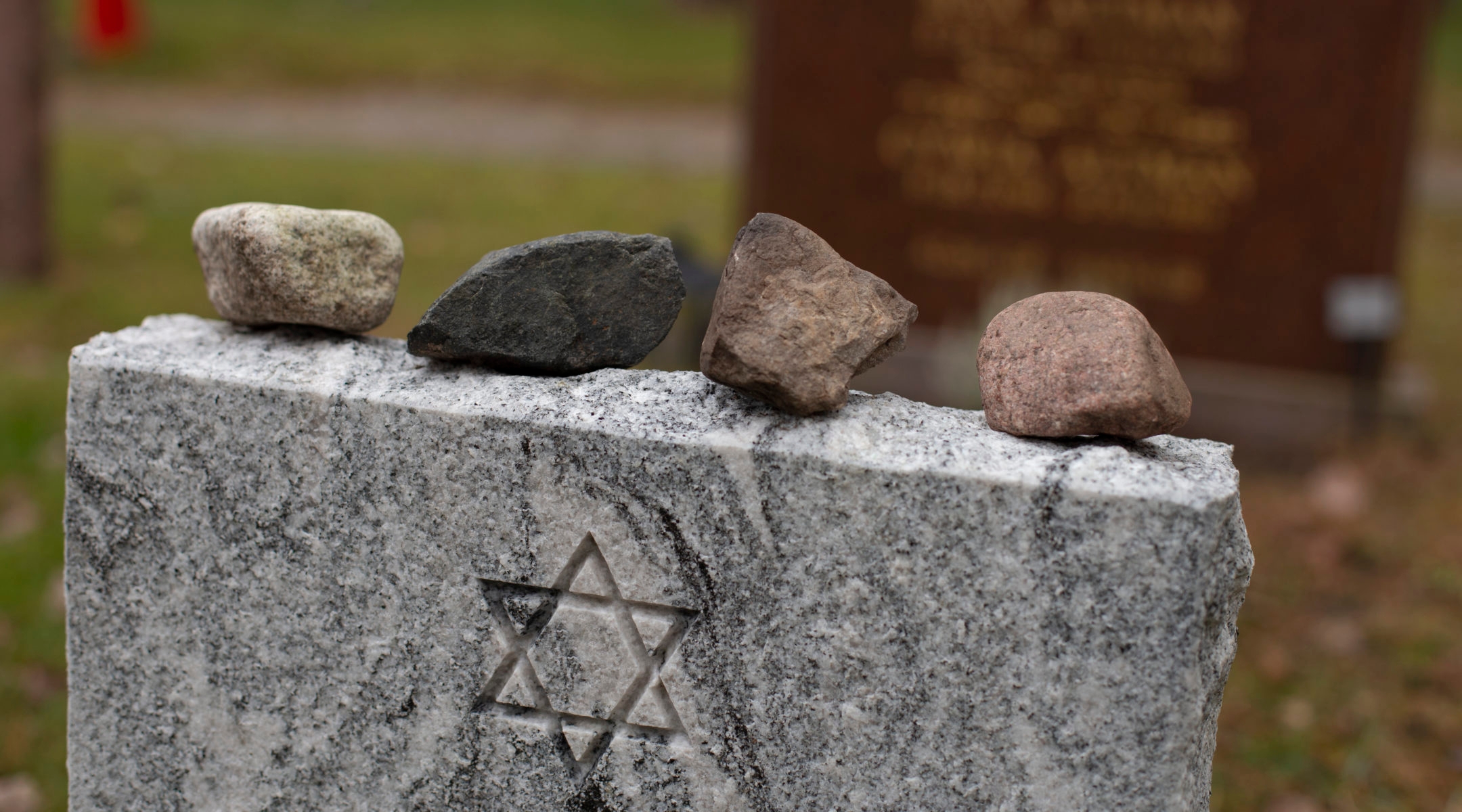 Placing stones on a headstone at a Jewish cemetery marks the memory of and honors the deceased. (Getty Images)
Advertisement

NEW YORK (JTA) — On Monday, I officiated my first funeral in the time of social distancing. My clergy colleagues have been doing this for weeks and been through so much more. I’m in awe. But I wanted to share my experience — mostly to process, partially to inform.

On the eve of Yom Hashoah, I was the only non-cemetery employee present for the burial of a most incredible woman, may her memory be a blessing. She witnessed Kristallnacht as a young teen in Vienna. She escaped to Mandatory Palestine, eventually settling in Manhattan and raising a family with her beloved. She was incredibly kind. She was beloved. And she loved so many. Her Holocaust experience burned in her a sense that nobody should suffer.

If her funeral would have taken place when we weren’t all locked down because of the coronavirus, there probably would have been at least 500 mourners in attendance. But she died during New York on Pause, so everything was different.

She died Sunday morning before dawn. She was cared for, but without family, friends or clergy nearby. She had fallen last week and broken her hip. At 95, when you fall and break a hip, the hip can be replaced — but the rest of your body usually can’t handle it.

Things seemed OK for a couple days. She went to rehab, and I even dropped off a care package, received at the front door of the facility by a bunch of kind security personnel wearing mask and gloves. Not even clergy were allowed in.

Before she passed, she was emailing, calling and FaceTiming. But her condition began to worsen — and it seems she made a decision. It was time. She would let go of life and return to her husband’s side after losing him six years ago.

And so my role began. I put in the customary call to the funeral home and spoke to an answering service. I expected as much; I’ve read of how busy they are. Still, I never expected what I was to hear next.

I’d say on a typical day at this funeral home, they have one to three deceased to care for. Members of Jewish burial societies, called chevra kadisha, come to perform tahara, the ritual cleansing and dressing of the body. Performing these rites is the most dedicated and conscious act.

Not this day. Tahara is not happening. It’s not safe.

Typically the body is watched until burial, guarded by members of the community.

Her son called me heartbroken. No shmirah allowed. No guard. Her body, like ours, is to be alone.

The funeral director called me back. If you think this pandemic isn’t a big deal, or know anyone who thinks that, have them speak to a New York City funeral home. Remember I said they typically have one to three deceased to care for?

On this day they had 13. They didn’t know when she would be able to be buried; the cemetery would let the family know date and time. This funeral home alone had six bodies already heading to that particular cemetery.

Later in the day, the funeral home called: Somehow she would be able to be buried the following day. On Monday, I accompanied her burial, alone.

This is partially because she has no immediate family in the city; three people could have been there. But as I said, in another time, dozens of people would have made the drive out to be there.

So like my colleagues have been doing for weeks, I prepared my mask, gloves and rabbi’s manual and prepared to head out. I set up a Zoom meeting so her family could “be there.”

The rabbi’s manual doesn’t have advice for this.

The cemetery office had a list on the door of burials for the day. Close to 30. Nobody was allowed in the office building. And aside from mourners at funerals, the place was desolate. It’s jarring to see a place both busier than ever and more empty than ever.

I arrived super early to wait for the hearse, but then the funeral director called. He wanted me to know that her casket and body would come by SUV, as they were out of hearses.

She arrived. And we waited our turn. Meanwhile, I had the family on Zoom. They shared memories, saw faces they didn’t see often. They caught up. It was both beautiful and so very sad.

Finally it was our turn. I followed the SUV to the plot. There were the typical sights: employees of the cemetery, a large hole in the ground, a large pile of earth. There was her husband’s stone.

I exited the car and prepared the people for what was about to happen. They took her to her grave, lowered the simple pine coffin into the ground and left.

I didn’t expect that. I thought we would fill in the grave, as is customary. Jewish tradition does not like to leave an open grave. But here we were. The SUV driver let me know this is how it is now. No time to fill in graves until all are dug for the day.

So I was alone, next to an open grave, with a whole family on Zoom. I told them I was going to put them down for a moment while I used my hands to push some earth into the grave. And on my knees, that’s what I did. Not too much dirt, but enough. I heard the familiar thud hitting a coffin. Something finally felt normal.

Then I rose and recited the memorial prayer. I had called this woman up to the Torah so many times, I knew her Hebrew name by heart. The family, together but apart, recited the Mourner’s Kaddish.

I never believed that things like Kaddish, typically requiring a quorum of 10, would be OK to recite over Zoom. But times are different now. It is OK. And it’s beautiful.

When you clap for the essential workers, make sure you are thinking of the funeral home and cemetery employees who are burying more dead than they ever imagined. Think of the clergy who are finding every way they can to care for the bereaved.

And think of this amazing woman. Who saw and survived the fires of the Shoah. Who was eyewitness to the worst of humanity. And still, she became the best of humanity.

Rabbi Jonah Geffen
is Senior Jewish Educator and Campus Rabbi at Hunter College Hillel.
The views and opinions expressed in this article are those of the author and do not necessarily reflect the views of JTA or its parent company, 70 Faces Media.