Searching for my bashert during a pandemic 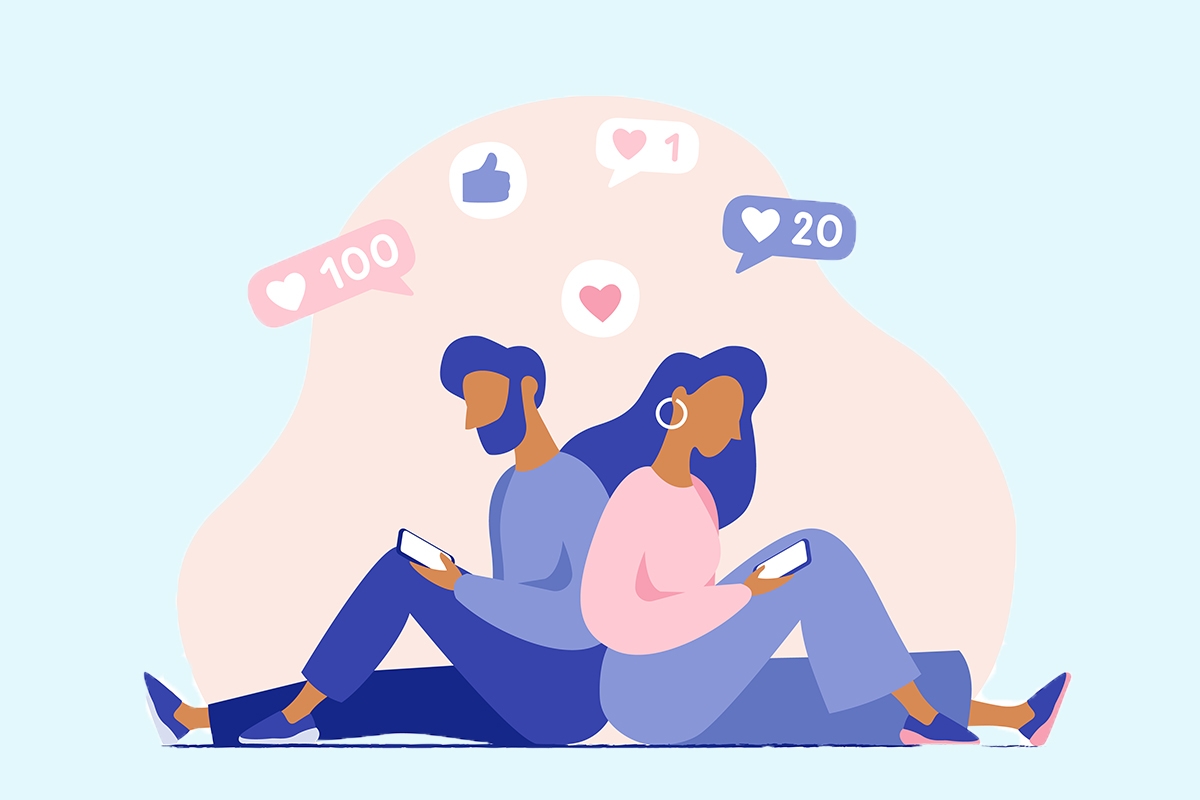 It was the first week of 2020 that I left Atlanta and transplanted myself back North, setting up shop in Washington, D.C. I had lived in the Bible Belt for seven years and got utterly fed up with the dating scene. It seemed every man I encountered was a Trump-loving churchgoer who alternated his time between gun shows and fishing expeditions. Not to stereotype an entire geographic region, but these men were never going to be my bashert, or soulmate.

The District, as I’ve learned to call my new home, is known for its booming Jewish population, left-leaning proclivities, limitless number of civic activities and, most important, Jewish food that you can’t find down South. In returning to my cultural roots (I’m from New York), I was able to reinvigorate the narrative about finding my bashert that had been ingrained in me since I left my mother’s uterus. I believed that I’d have much better odds living in the District of meeting the Jewish man with whom I was culturally destined to pair. Once we met, I imagined the two of us would spend our time stalking every Jewish senator at their in-session synagogue and questing for the stickiest, gooiest babka in the Northeast Corridor.

I made good progress on this effort in two months. I got on the Listserv for every Jewish group in the area. I joined all the apps to connect with Washingtonian men. I celebrated Purim at the District’s largest synagogue, making my debut to the Jewish community in a Queen Esther costume. I was sure that I was well on my way to fulfilling my destiny. I’d be married in no time. I already planned to take my engagement photos inside the Lincoln Memorial.

That all changed the second week of March, and you probably know why. The coronavirus hit. Everyone needed to socially distance. The world came to a virtual halt as every social gathering was canceled, restaurants and bars shut their doors, and no one could leave their homes except for essential travel. Dating seemed impossible in this almost apocalyptical context. My narrative for finding my soulmate in the District felt dead on arrival.

Then I was reminded of the power of the virtual world. Suddenly my inbox was full of virtual meeting invites from every organization I ever joined. I was Zooming with camp friends, college friends and old neighbors who had just climbed Mount Kilimanjaro. During this tough period of physical isolation, it felt good to connect with the outside world.

Then it dawned on me that in this era of virtual connection, I didn’t have to abandon my mission of finding my soulmate. I simply needed to revise it to accommodate social distancing. Not withstanding bandwidth issues from so many people working from home, it was still possible to date online. Unless my phone had germs on it from not being properly sanitized, I would not get coronavirus from simply swiping right.

With the same vigor I exerted in the pre-COVID-19 epoch, I began swiping away. I soon “matched” with a man named Dan, who was a health care consultant from Virginia. He was looking for a woman who was “sweet, sassy, and liberal,” words that describe me to a T. And although his profile didn’t mention he was Jewish, I had a feeling based on the yarmulke he was wearing in his pic that my grandmother would have approved. His hobbies were yoga, museums, American history and travel, and as if we couldn’t get any more compatible, he also had a Cavalier King Charles Spaniel like my dog Mimi. His was a tricolored fur baby named Cooper.

We messaged back and forth through the app, and eventually our relationship reached the milestone where we exchanged phone numbers and began texting. Soon after we graduated to the phone and FaceTime. We talked about our hopes, dreams and the most exotic place we ever did a sun salutation (mine was overlooking Machu Picchu; his was in the middle of the rainforest while on malaria meds). When we got to the point where we would typically discuss meeting up, the reality of COVID-19 hit. Our first date, we realized, needed to be socially distant. But it didn’t have to be emotionally distant.

When I first moved to D.C., I envisioned going on dates with intellectually curious men to the Smithsonian museums. And Dan and I were able to do that, albeit virtually. We “visited” the National Gallery of Art’s online exhibition about fashion history, browsing through drawings and taking turns reading the accompanying website text as if we were side by side on Constitution Avenue. He appreciated my Long Island–honed sartorial instincts about color schemes and floral patterns in 18th–century dresses. Electronically viewing the changes in women’s clothing that occurred due to the Industrial Revolution, we discussed how growth in textiles propelled an overall expansion in women’s roles. It was true intellectual intercourse, with no distractions of physical or sexual attraction. I didn’t need to think about my hair frizzing or not being able to walk straight in my high heels. For once in my life, I was completely in the moment on a first date.

Without the mall and movie theater to sidetrack us, we had more opportunities to actively and intentionally connect. Given that the new normal revolved round Zoom meetings and Skype calls, we found a way to fit into each other’s virtual universe. When we turned off video during our work meetings, we sent each other pictures of our canine co-workers Mimi and Cooper, who we thought would be so cute together. I had never met Dan in person, but he soon became my personal shield against the monotony of quarantine. He nourished and sated me.

Dan and I virtually attended Jewish events together, streaming services on Shabbat. We participated in a Torah study organized by the synagogue I went to as Queen Esther about dealing with suffering and finding meaning during difficult times. When we were hungry after services, we checked UberEats to see which Jewish delis were delivering in our respective areas. Dan was able to help me with my quest to find the most authentic babka. (Turns out babka’s not a popular delivery item during the pandemic, for whatever reason.)

As it became clear that the quarantine wasn’t going to end anytime soon, Dan and I realized we would have to get creative about meeting each other in person. As true public health nerds, we were very careful to research what was OK during social distancing. Assuming we continued to feel healthy and were symptomless, we decided to think about a walk down the National Mall with our dogs. We would bump elbows to say hello and then walk six feet apart. We’d continue our deep conversations sitting on opposite sides of a bench on the lawn, eating takeout surrounded by cherry blossoms.

And if it turns out that Dan actually is my bashert, we’ll take our engagement photos inside the Lincoln Memorial. Hopefully the monuments will reopen by the time we’re ready for that. For now, though, we’d tell the entire world through Zoom how we found love during the time of coronavirus.