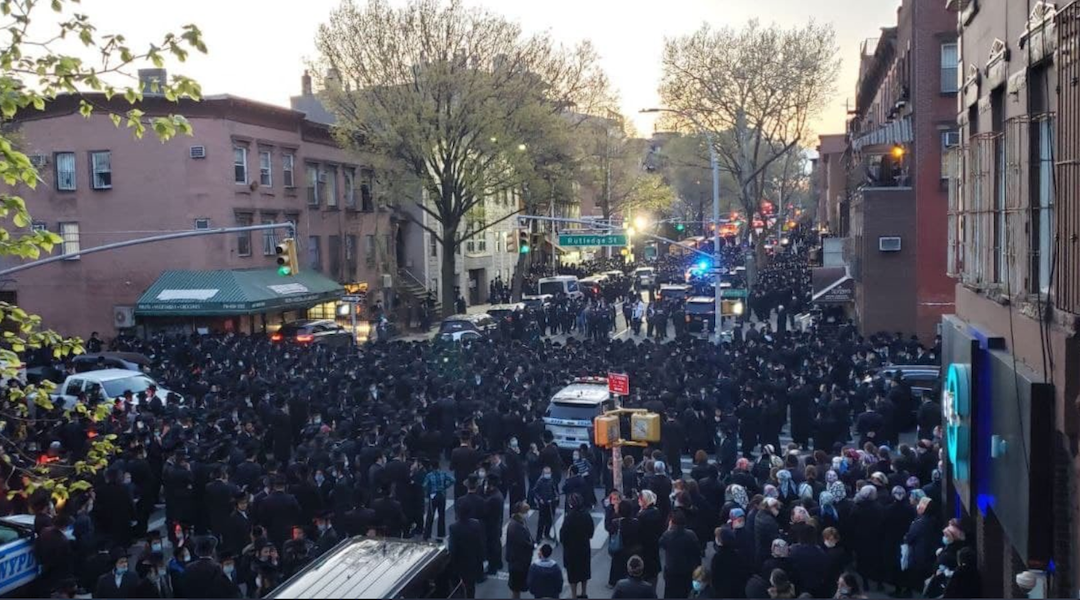 (JTA) — The images were striking, the mayor had strong words and the backlash was swift.

On Tuesday night, hundreds of Orthodox Jews gathered for a rabbi’s funeral in Brooklyn, showing apparent disregard of public social distancing guidelines. New York City Mayor Bill de Blasio issued a tweet in which he addressed “the Jewish community,” saying “the time for warnings has passed” and announcing that the police would be arresting or issuing summonses to those who gather in large groups.

Jewish leaders and others said the mayor used language that singled out the entire Jewish community, which by and large has complied with social distancing guidelines.

On Wednesday, de Blasio stood by his warnings of police action against social distancing violators but expressed remorse over the tone of his tweets.

“I regret if the way I said it in any way gave people the feeling of being treated the wrong way,” he said.

Some are questioning whether the police could have done more to stop the public procession before the crowd grew into the hundreds or thousands.

Police Commissioner Dermot Shea acknowledged at a news conference Wednesday that members of his department were in contact with Hasidic community leaders to discuss “what to expect at that location” ahead of the funeral. That contact, he said, came “within minutes” of the rabbi’s death.

“Plans were put in place, a detail was put in place … contingency plans were put into place, a number of officers were detailed in the unlikely event that large numbers came and we thought that was a possibility,” Shea said. “But absolutely I think we’ve been pretty consistent, Mr. Mayor … that there are to be no gatherings in New York City such as what we saw last night.”

Asked for further detail on the plans made by the police with local community leaders, a spokeswoman declined to comment beyond Shea’s remarks at the news conference.

In a statement distributed to reporters, Jacob Mertz, a spokesman for the congregation that organized the funeral, said organizers had the streets closed for the funeral to allow mourners to participate while following social distancing guidelines.

“Unfortunately, this didn’t pan out, and NYPD had to disperse the crowds,” the statement said. “We shall note that everyone followed the police officers’ orders and the vast majority wore masks. Yet, the confusion and chaos led to scenes of large crowds. We understand Mayor Bill de Blasio’s frustration and his speaking out against the gathering. As said, we thought that the procession will be in accordance with the rules, and we apologize that it turned out otherwise.” 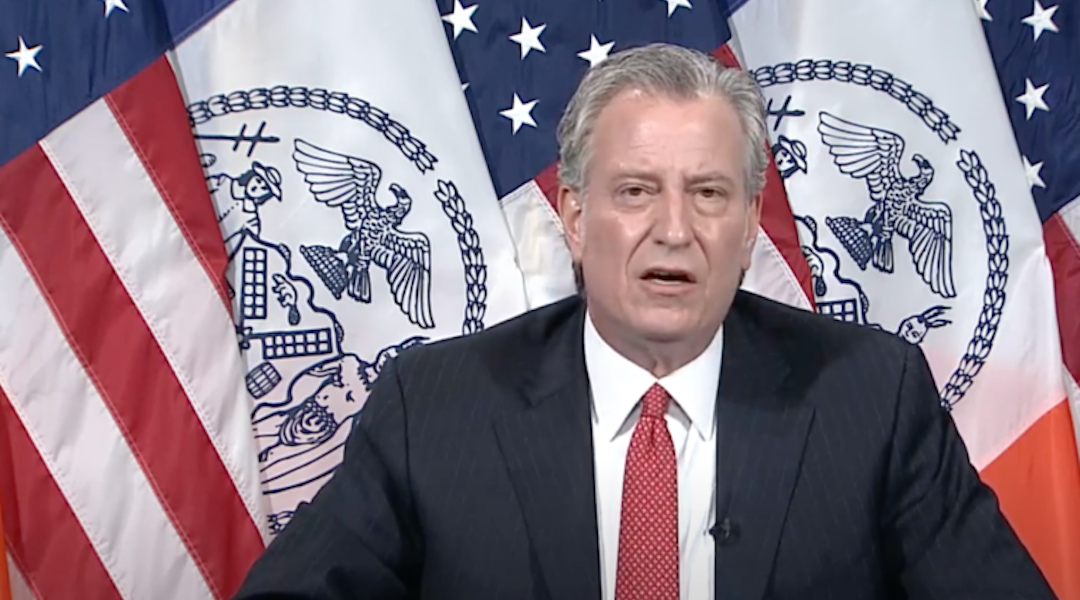 Mertz did not address whether the NYPD was involved in the street closures, but a City Hall spokeswoman told the New York Post on Wednesday that no permits were issued for the funeral.

David Greenfield, a former City Council member and CEO of the Metropolitan Council on Jewish Poverty, said in a tweet that the police “wanted to work with the chasidic synagogue out of respect for their revered (and well-known) late Rabbi so they literally barricaded streets for this ‘socially distant funeral.’”

“The Chasidic synagogue wanted to honor their saintly rabbi so they came up with a misguided scheme for an outdoor ‘socially distant’ public funeral. They were so convinced they could pull this off they COORDINATED with NYPD and even handed out masks.”

One Twitter account called Satmar Headquarters, but not known to be affiliated with any official organ of the Satmar Hasidic community in Williamsburg, said police had approved the funeral and helped coordinate the procession.

“This Funeral was originally approved and actually organized by @NYPDnews 2 hours b4 it started, PD brought trucks with barriers/tower lights to close off Bedford Avenue and the surrounding area. It’s the @NYCMayor’s Dept who originally approved it before deciding to take it back,” the tweet said.

Videos posted to Twitter showed police telling mourners over a loudspeaker to move off the street and onto the sidewalk.

“Everybody go home, it is finished, there’s going to be traffic coming down the street,” a police officer said in one video posted by Reuven Blau, a reporter for the local outlet The City.

Another video posted by Blau showed police barriers in the background, suggesting that officers had helped close off the street for the funeral.

The evening funeral, which was organized hastily in accordance with Jewish custom after Rabbi Chaim Mertz died on Tuesday afternoon, was publicized in a poster made by the rabbi’s synagogue, Tolath Yaakov.

The poster included a map of the funeral route on Bedford Avenue in Williamsburg and advised mourners that anyone attending the funeral must wear a mask and stay 6 feet apart from others. The directive to wear masks was repeated by the Williamsburg Shomrim, a local patrol group run by Hasidic Jews, though videos from the scene clearly show some people without masks and within the proscribed 6 feet.

“Everyone on the street should have a mask,” a Shomrim member said in a video from before the funeral.